This year celebrates the fifth anniversary of the festival Mostar. It’s brings art in public space of the city connecting artists from all around the world and as such it is creating multicultural platform for street art in city of Mostar.

Street Arts Festival was created in 2012. It’s creation was inspired by Banksy’s movie “Exit through the gift shop“. Organising this Festival, young enthusiasts made a contribution to the Mostar art scene, where after the war there wasn’t much shifting concerning the urban art. During last  four  years of the Festival, city of Mostar has a new visual identity. Many ruined and abandoned buildings and spaces were painted by artists from all around the world. 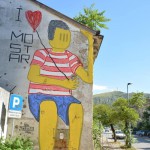 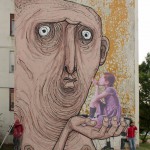 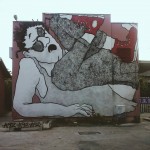 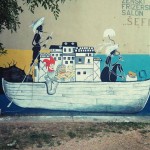 There are more than 50 murals in different parts of Mostar which attract attention from people of Mostar and all those who visit the city. Large number of independent artists support the Festival, such as: Ema Jones, Ale Senso, Ilja Stahil, Bifido, Pincho, B-toy, Colletivo FX, Astronaut, Bibbitto and many others.

”I Support Street Art” is proud to actively support MOSTAR FESTIVAL as a Media partner, in an effort to bring the World closer to the best Street Art available!