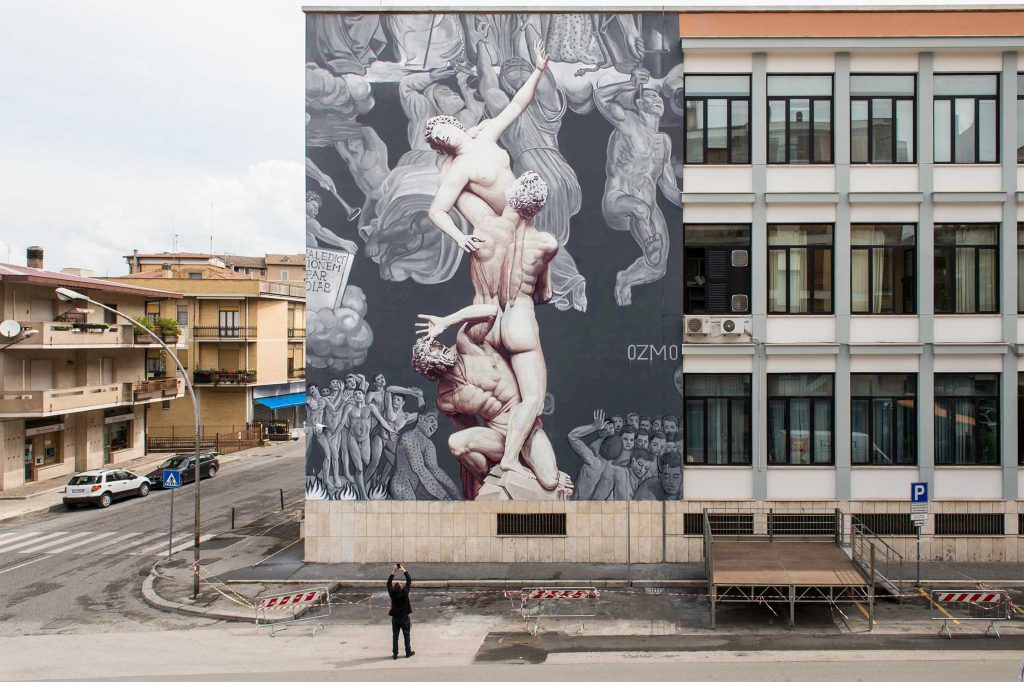 Ozmo has just created the first work of urban art ever to be realized on the external wall of a courthouse in Italy. The artist, invited by Annalisa Ferraro to participate in a project ideated by The Uncommon Factory, “Trame – Tracce di memoria”, has created an monumental work dedicated to the city and its inhabitants and linked to its history and artistic past. Drawing inspiration from the great mural by the Torresani brothers, Il Giudizio Universale (Judgement Day), conserved in Rieti in the Oratorio di San Pietro Martire, the artist has captured the fatigue and the suffering the saints endured to save souls in danger of damnation. In Giambologna’s Ratto delle Sabine (the Rape of the Sabines), Ozmo has caught the sense of violence and the drama of the kidnapping, the power of the young bodies and the capitulation of the old man, bowed down not only by the weight of age, but also by the burden of the evils and anguish of the human race. 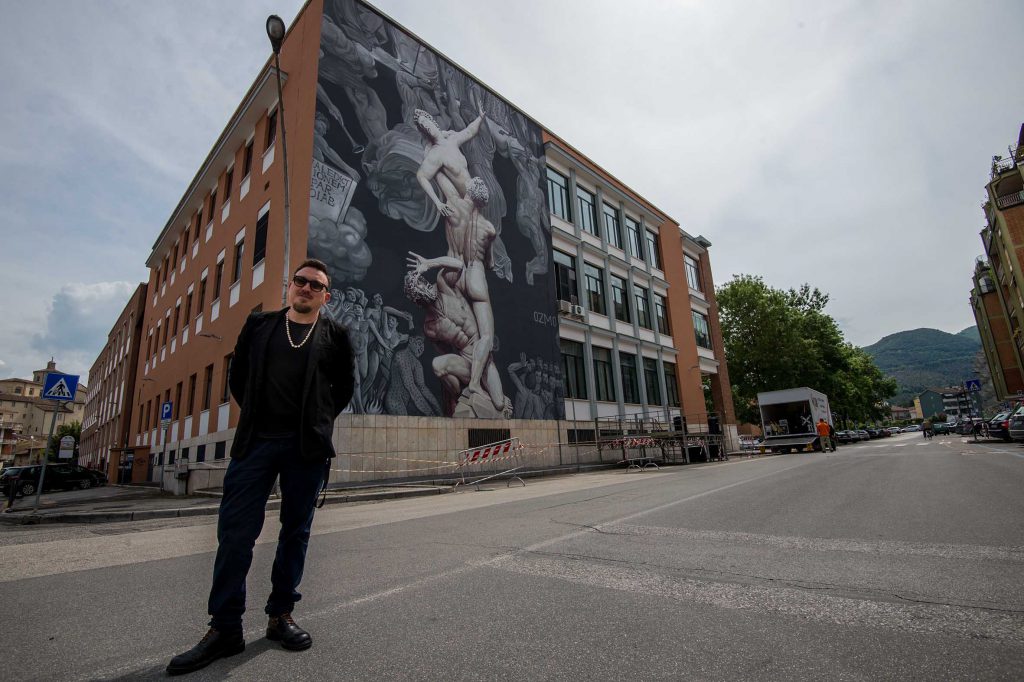 Al suono delle trombe reminds us that when the trumpets sound, time will have run out and justice will take its course, opening the way to those who will ascend towards salvation and facilitating the fall of those who will catch a glimpse of their destiny in that final judgement. Although the inspiration for Al suono delle trombe is rooted in the past, the two juxtaposed gestures, so similar yet so different, one being the gift of salvation and the other that of slavery, render it very topical, a grim reminder of the inexorable passing of time and of how opportunities of remedying past errors, both personal and global, are getting fewer and fewer. 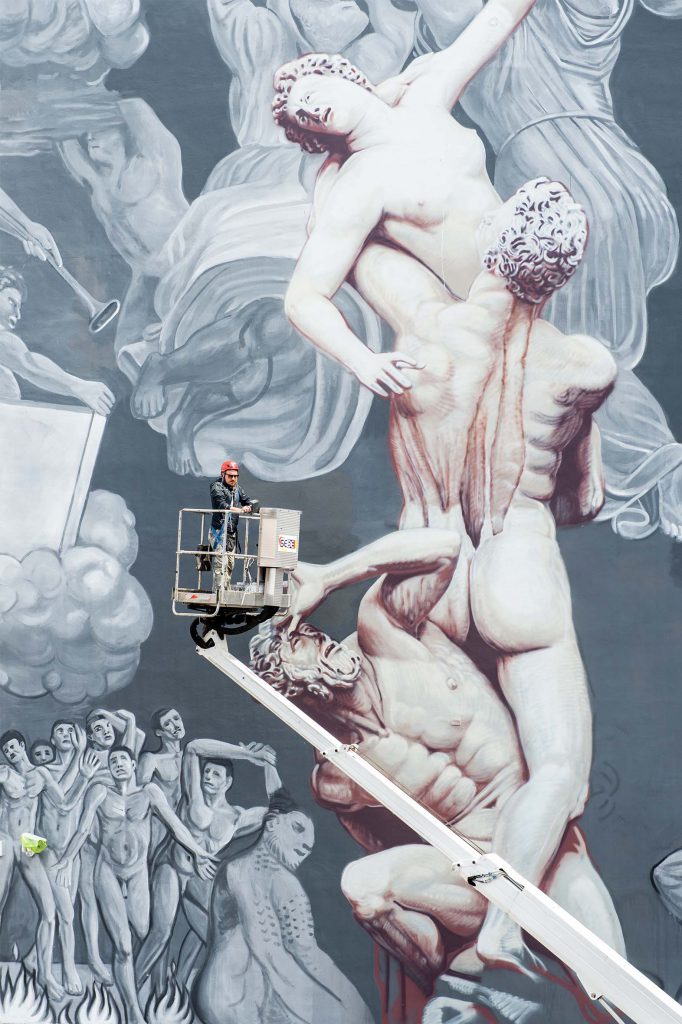 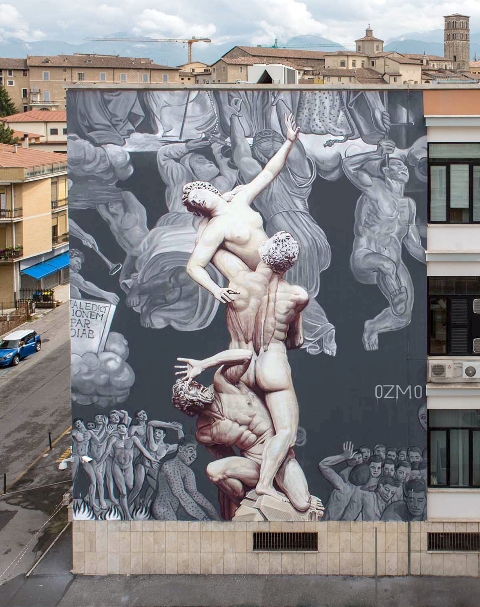 This is an undertaking that has required great courage from all its participants, from the creative agency The Uncommon Factory, from the curator of the project, Annalisa Ferraro, from the artist himself, from the Comune and the Court of Rieti, all of whom have contributed to the realization of the first piece of urban art to be executed on the wall of a court of law. 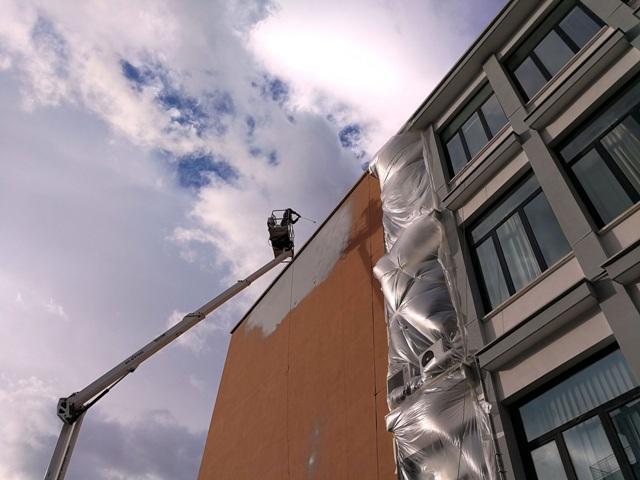 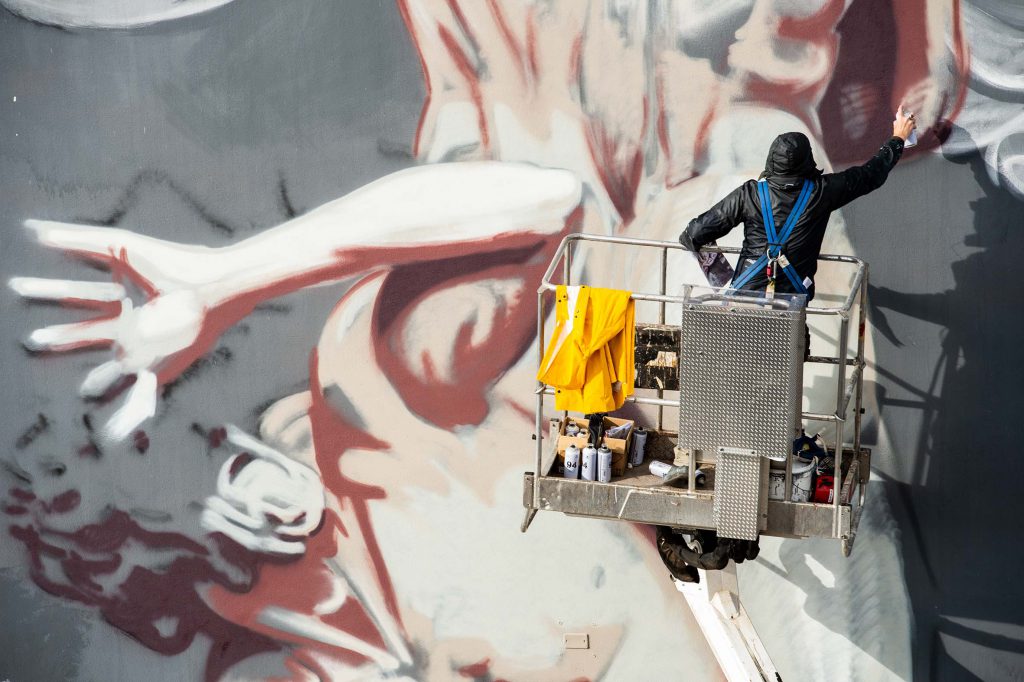 “Trame – Tracce di memoria” is a project supported by the Lazio Region, co-financed by FESR, and sponsored by the Comune di Rieti.