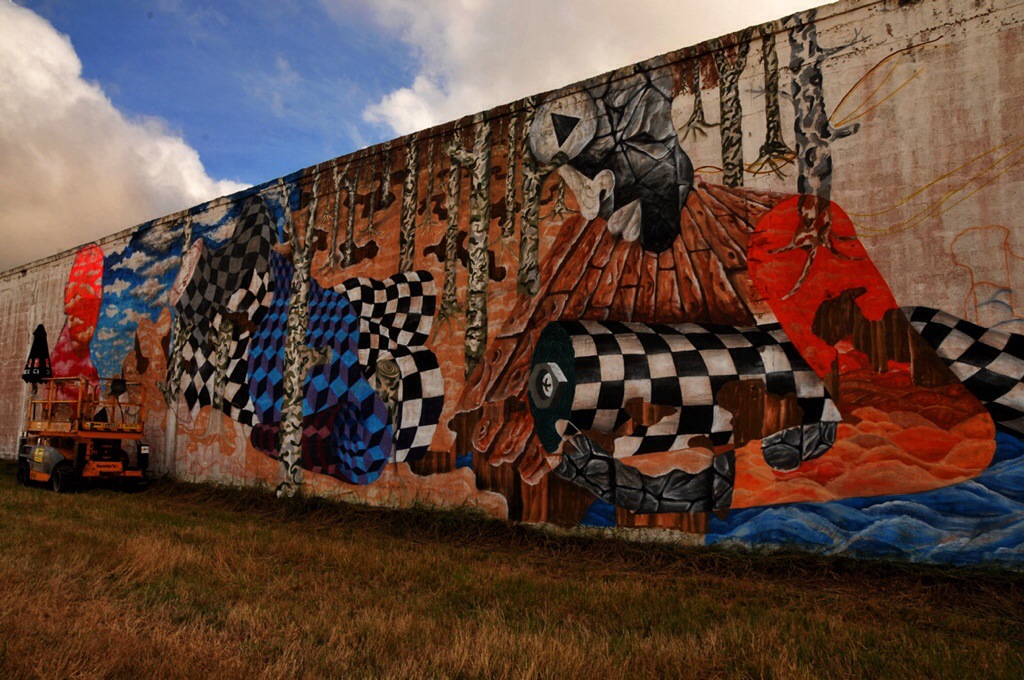 The mural introduces the viewer to the five characters created by the artist over the past 14 years.

Since 2000, his work evolved around five unique and varied styles, each corresponding to a geometric shape of the Greek philosopher Plato – the platonic forms – and inspired by the earth, water, fire, air and the universe.
Allan Dalla, the most popular of his characters, represents the earth, solid geometry and its related symbol is the cube. It is a result of kinetic art and surrealism, and its matter and spirit derive from all sorts of contrasts, from the positive and negative, therefore embracing human polarity in its diversity. On the other hand, Pop Prince represents the air, freestyle, all that is commercial, naive, aggressive and ironic. Then, there is Madame Mezzanine, a symbol of the universe, of femininity. Lost Letter, the fire, collects local myths and turns them into what you could define as modern folklore by adapting certain messages to the current context and, finally, Qrip Tic, the symbol of water, of the ego, is mostly indecipherable and manifests through the art of writing.

These characters are usually represented separately, however, after many journeys, they have arrived at the same destination – Walk&Talk. Brought together for the first time, they reach equilibrium. In order to create a vibrant and powerful visual experience for those present at the festival, the artist focused on the surroundings and represented natural elements – the ocean, the trees, the sky – as integrated parts of his characters. Therefore, the five characters become a reflection, like a mirror, of the environment that inspired the artist for his recent surrealist piece.

ABOUT OBIE PLATON
http://obieplaton.tumblr.com/ https://www.facebook.com/obieplaton https://www.behance.net/obieplaton https://www.flickr.com/photos/obieplaton
One of the most active artists on the local street art scene, but also abroad, with two recent murals
in Portugal and Germany, Obie Platon is known for his complex murals, inspired from the geometry
of Plato and influenced by Romanian culture, social beliefs and popular imagery. His work also
includes sculptures and installations, paintings and design projects. 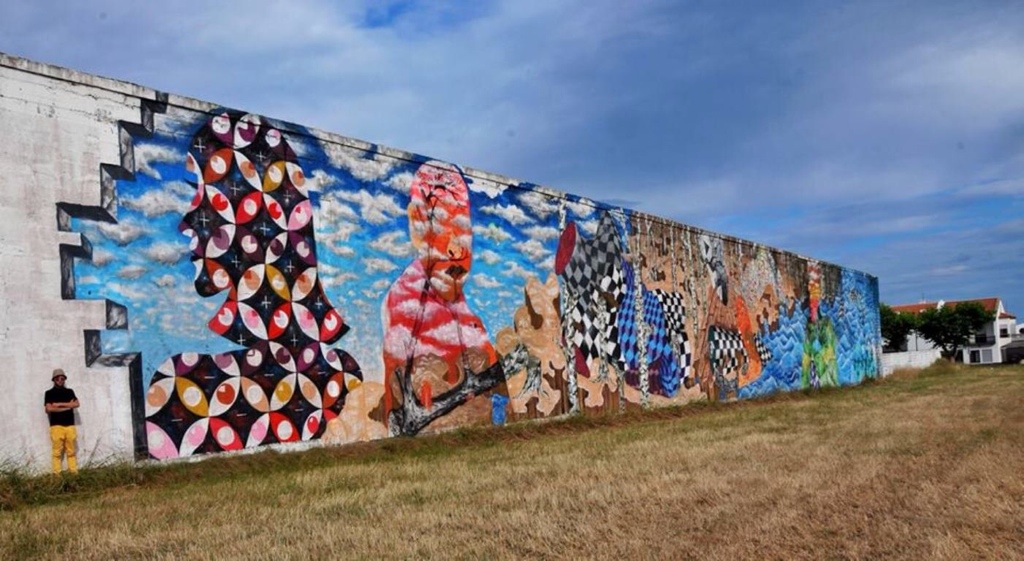 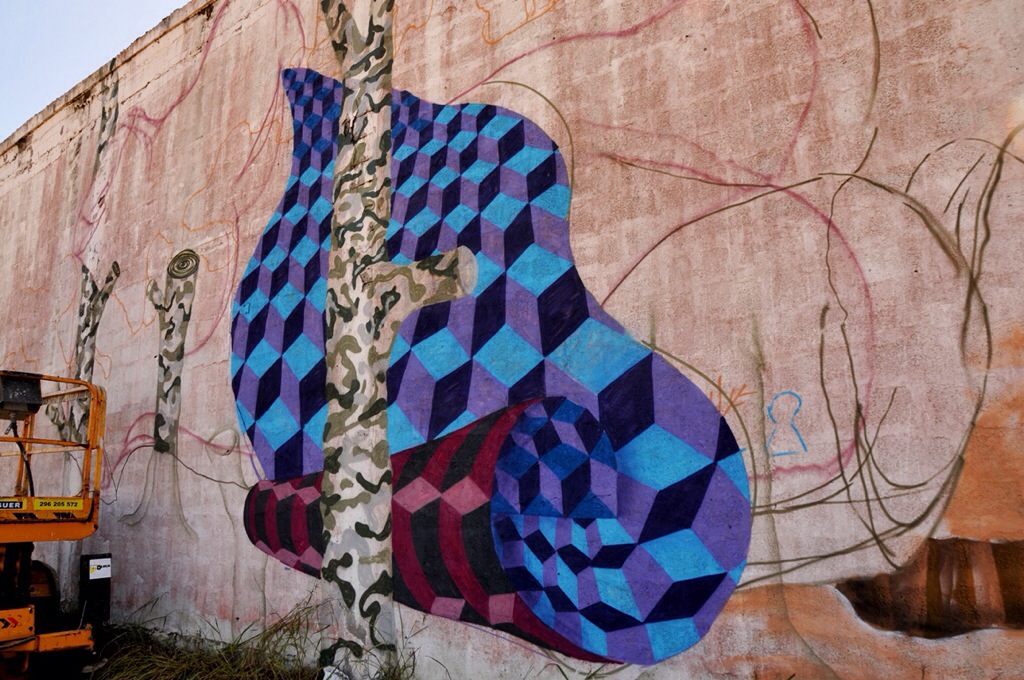 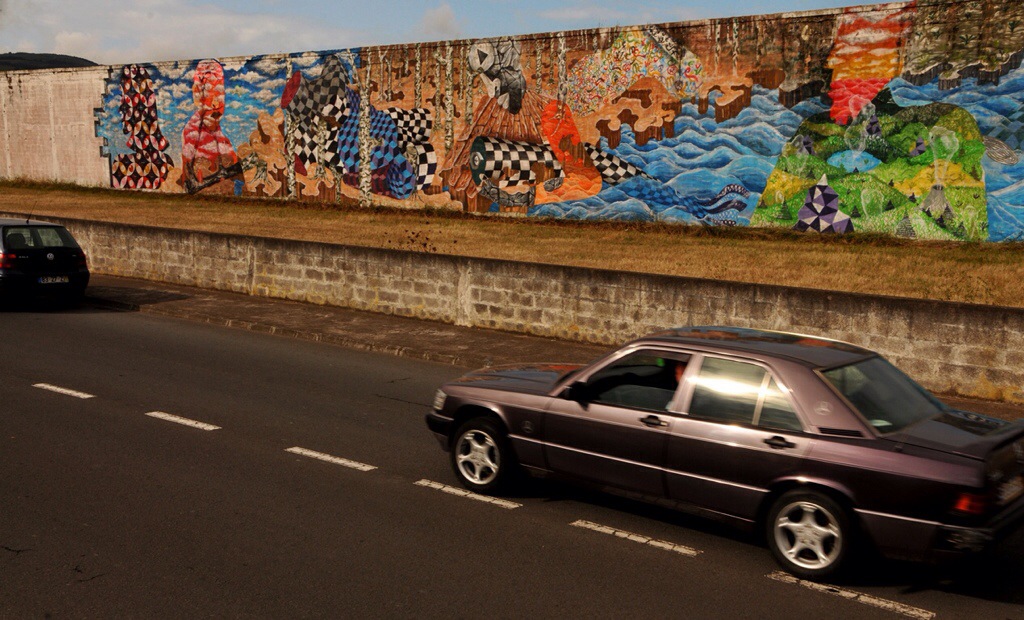 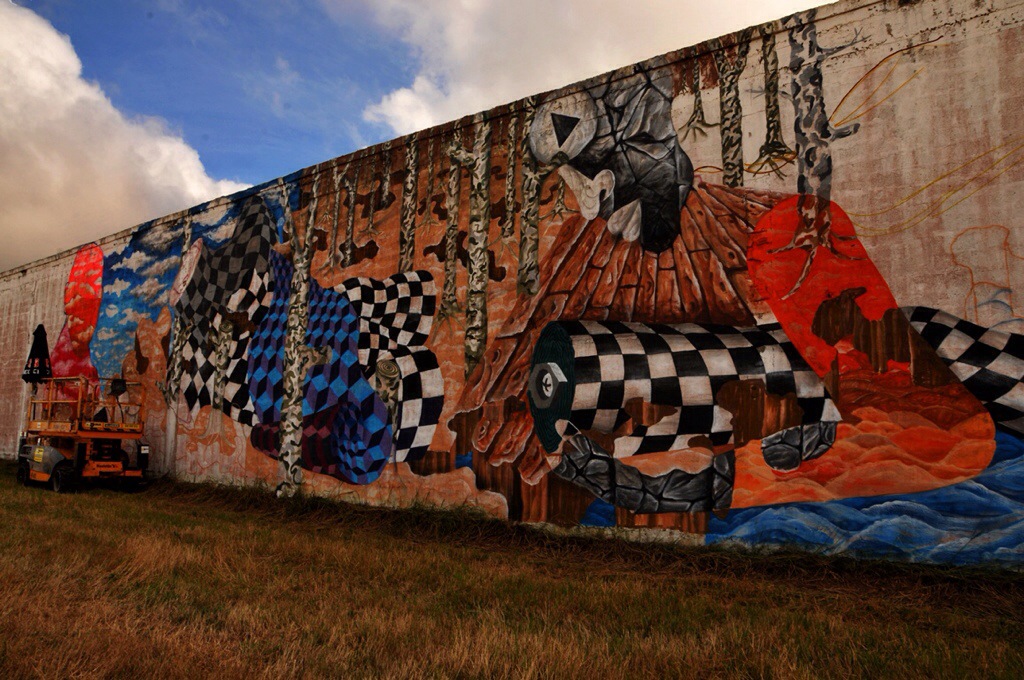