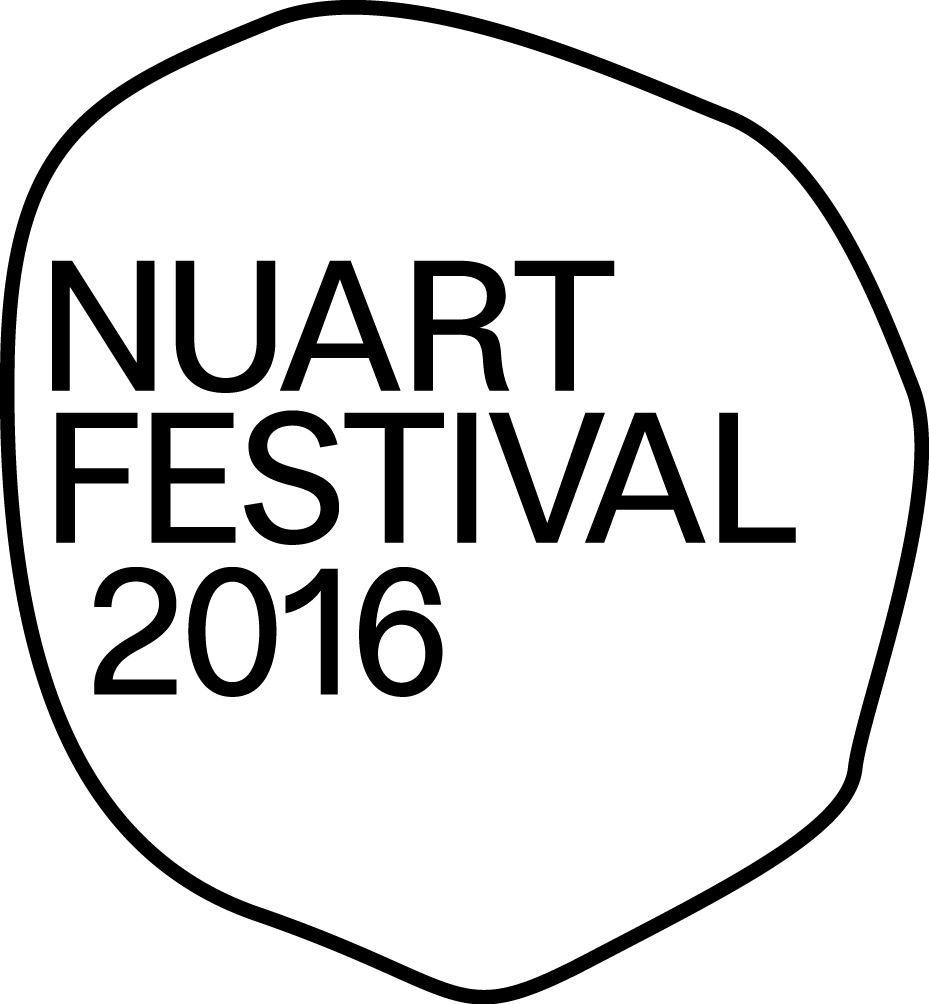 The final artist announcement concludes the line-up for this year’s Nuart Festival with Italian graffiti and street artist Eron and French photorealist painter MTO joining our 12 other artists.
Need a reminder of who’s on board for the 16th edition of Nuart Festival? Check out the lovingly crafted video below!

This week the organisers launch the Nuart Cultural Producers Initiative, which highlights the hugely talented community of curators, producers, writers and administrators who join us from around the world for the festival’s intensive 7-day production period. 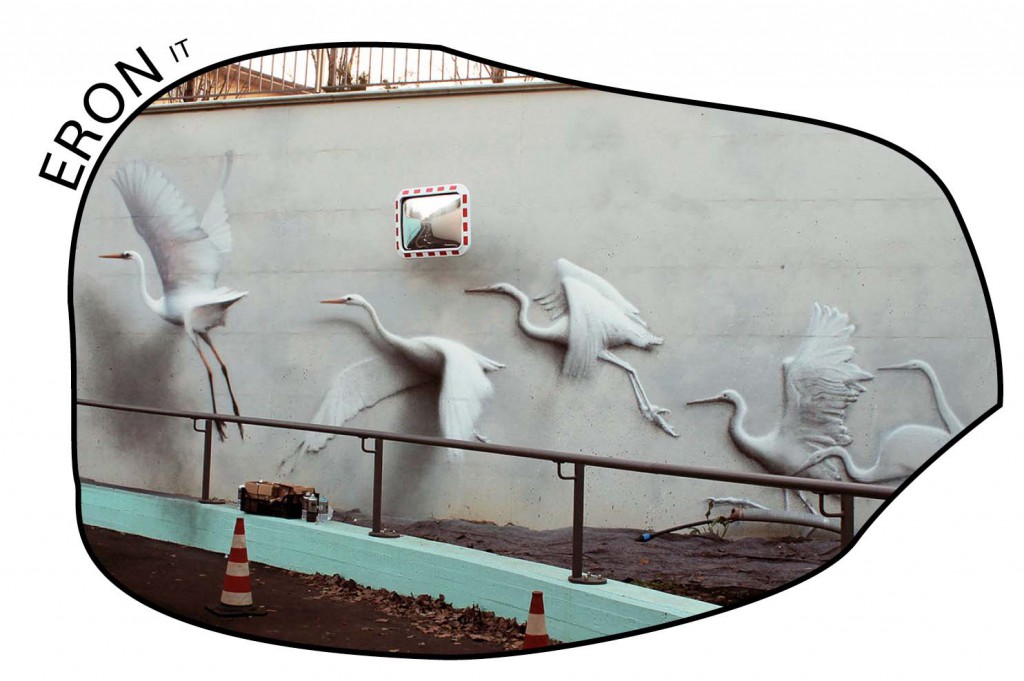 Eron is widely considered one of the most talented Italian graffiti and street artists of the past two decades, building a strong reputation for channeling a fine art aesthetic onto the street.

Although academically trained at Rome’s Scuola d’Arte di Urbino, Eron had been practicing graffiti since the age of fifteen. After several years of illegal activity, he developed a recognizable style that combined both his formal art background and love of unsanctioned street work.

Eron blends his paintings into the natural features of a wall or object to create seemingly fleeting figurative visions. His highly-evocative works border on optical illusions inspired by the perceptual phenomenon known as pareidolia (when the mind perceives a pattern where none actually exists). 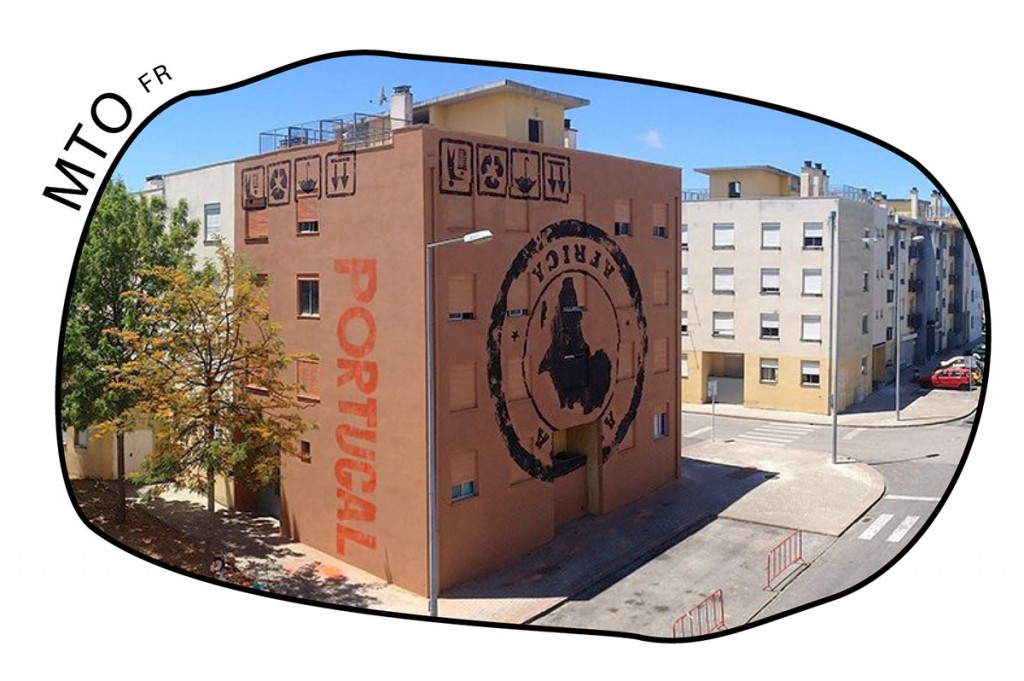 MTO is best-known as a photorealistic painter but has recently undertaken a bold new direction that explores the intersection between street art, public space and augmented reality.

Having experienced the vibrant graffiti scene of Barcelona as a youngster, MTO became inspired to produce work on the streets and moved to Berlin in 2006. Over the course of the next seven years MTO established himself as a fine photorealistic painter, producing distinctive portraits with a trademark red outline and palette.

MTO’s recent work includes a series of large-scale murals that, when documented, create a “bug” or “hack” in Google Earth or Google Street View. His first Google “hack” – painted in Gaeta, Italy – has been active since July 2015. The second, painted in the Loures municipality of Lisbon in 2015, is yet to “enter the system”. For Nuart, MTO will continue the series with an ambitious “trompe l’oeil” or three-dimensional outdoor installation in Stavanger. 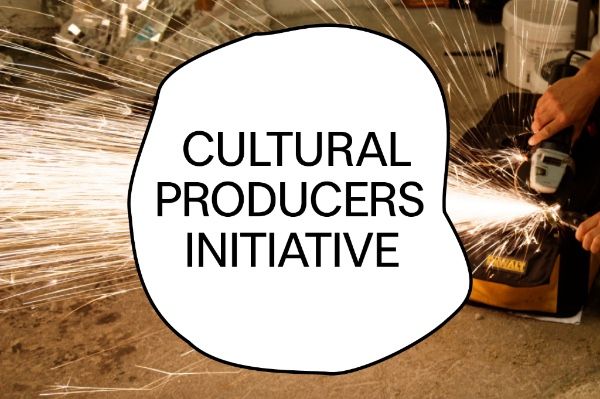 Nuart Festival‘s Cultural Producers Initiative is a knowledge sharing platform for a global community of curators, producers, writers and administrators working within the field of Street Art.

This year, Nuart made the strategic decision to change how we mount our production by inviting cultural producers from across the global Street Art movement to join us for an intensive 7-day production period culminating in the opening of Nuart Festival on Saturday 10 September.

Nuart prides itself on cultivating a dynamic environment for the exchange of ideas between people whose interest lies in Street Art and its associated movements. Our international production crew comprises members from Australia, USA, Belgium, France, Ukraine, New Zealand, UK, Italy and more, allowing for the sharing of best practices and resources on a glo-cal (global/local) scale.

Nuart Key Facts and numbers! Check out the Video.

ISSA is a proud Media Partner of this year’s Nuart Festival, bringing you all the key facts and fresh news!