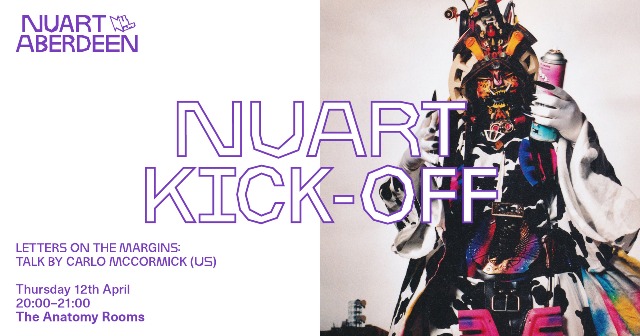 The Nuart Aberdeen is taking off and its gonna be explosive! Check out what’s unfolding during next 4 days and you might want to catch a flight to Scotland. Murals and Talks will include contributions from artists Ernest Zacharevic, Hyuro, Carrie Reichardt, Ciaran Glöbel and Bordalo II as well as a keynote speech by Jacob Kimvall (author of The G-Word) and sessions with Cedar Lewisohn (ex-Tate Modern curator), Evan Pricco (Editor, Juxtapoz Magazine), critic and curator Carlo McCormick and Adrian Burnham (Flyingleaps.co.uk). All hosted under the auspices of Dr. Susan Hansen (Middlesex University) and Pedro Soares Neves (Lisbon Street Art & Urban Creativity).

Inky Protest displays a selection of work plucked from the archives of Nuart and Peacock Visual Arts respective print houses, featuring some of the world’s leading names in the Street, Urban and Lowbrow art movements from Brad Downey, Mike Giant and Ralph Steadman to Futura, Martha Cooper and Jamie Reid.

NUART KICK-OFF: LETTERS ON THE MARGINS
Thu 12 April, 20:00–21:00
Renowned art critic, author and curator Carlo McCormick (US) sets the tone for this year’s Nuart Aberdeen with an insightful look into his upcoming RAMMELLZEE exhibition whilst taking us on a tour through New York’s underground art scene of the 80’s and 90’s.

SHADOWMAN (UK PREMIERE)
Fri 13 April, 18:00–20:00
Richard Hambleton was a founder of the street art movement before succumbing to drugs and homelessness. Rediscovered 20 years later, he gets a second chance. But will he take it? 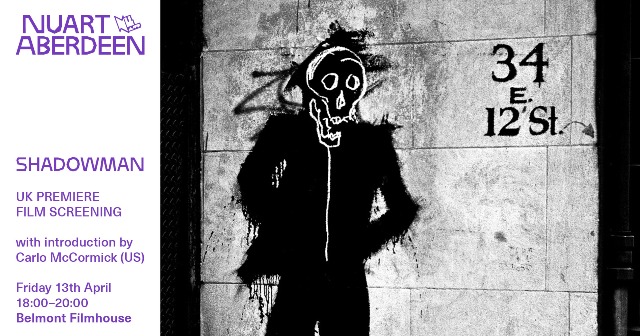 FIGHT CLUB AKA THE PUB DEBATE: IS ART ORDINARY OR ‘EXTRA’ ORDINARY
Fri 13 April, 21:30–23:00
Inspired by the original Greek Symposia where debates took place fuelled by copious amounts of wine, Nuart introduce a hot topic related to Street Art culture to be debated by two opposing teams made up of artists, academics and industry professionals, all lubricated by alcohol. The audience are invited to participate and settle the score at the end of the discussion by voting for the winner.

OBEY GIANT: THE ART AND DISSENT OF SHEPHERD FAIREY
Sat 14 April, 18:00–20:00
From Academy Award winning filmmaker James Moll (Foo Fighters: Back and Forth, and The Last Days) and Executive Producer James Franco, Obey Giant takes us deep into the underground world of street art, profiling the rise of artist Shepard Fairey from his roots in punk rock and skateboarding, to presidential politics – through his iconic Obama ‘HOPE’ poster and the controversy that surrounded it. 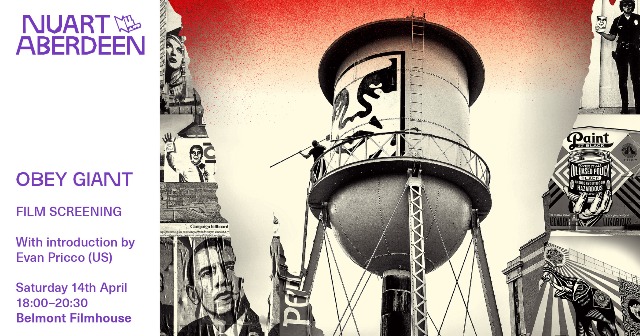 LAUNCH PARTY WITH ROBERT OWENS (US)
Sat 14 April, 22:00-03:00
Presenting Chicago House legend Robert Owens, one of the pioneers of club culture, who will be flying in to Aberdeen to headline Nuart Aberdeen’s launch party with a very special live vocal and DJ set. Supported by Rhythm – Aberdeen’s own champions of all things House.

MISSION DIRECTIVES WALKING TOUR WITH NIPPER (NO)
Sun 15 April 12:00–14:00
Embrace the spirit of ‘psychogeography’ and take a special ‘Mission Directives’ tour of the city with Nipper!

FILM SCREENING: BEUYS
Sun 15 April, 16:00–18:00
‘Everyone an Artist’: award-winning documentary that offers a fascinating look at the life and work of radical German artist Joseph Beuys. 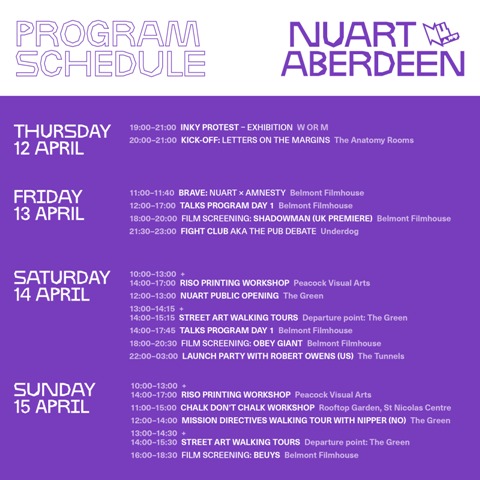 Nuart Aberdeen, a new international platform, is designed to not only present the most interesting and relevant Street Art of its time, but to also activate and inspire an emergent local scene whilst encouraging creative collaborations with twin city Stavanger.

Brought to you by the team behind Stavanger’s internationally renowned Nuart Festival, the award-winning festival returns to the Granite City for its second year this April.

Developed in collaboration with Aberdeen Inspired and Aberdeen City Council, Nuart Aberdeen will provide a platform for local, national and international artists to showcase their work through a series of site-specific murals, installations, interventions, and temporary exhibitions.

The festival takes place from Thursday 12 – Sunday 15 April 2018 and is supplemented by a program of talks, presentations, film screenings, walking tours and workshops.

Visit Nuart Aberdeen’s social media pages for more info or contact us via the form below to get involved!