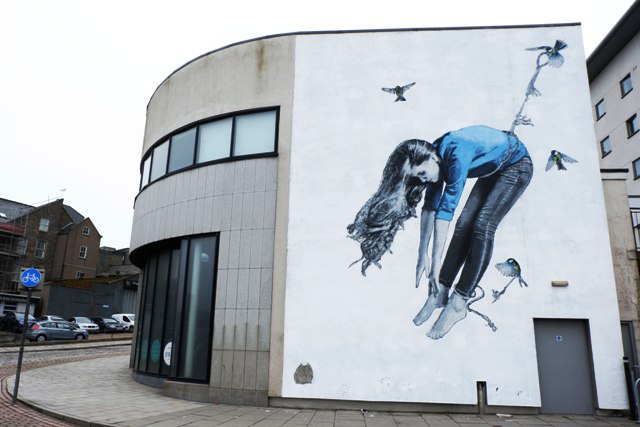 Nuart Aberdeen, the little son of the Stavanger-based Nuart Festival, has just kicked off. Twelve street artists have being invited to Scotland to paint over the Granite City, which will definitely look less grey after this week.

Some of them have already finished their pieces and are now enjoying the excellent program of activities, workshops, tours and academic talks that is –in Stavanger like in Aberdeen- what makes this festival unique, high-profile and leader of the international debate about street art. 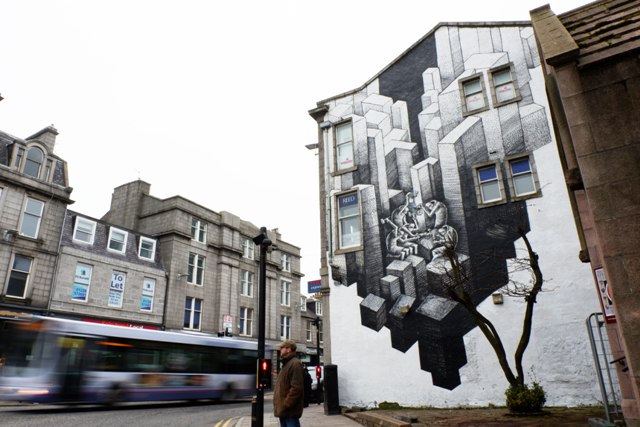 English artist Phlegm was the first one to complete his mural. He painted one of his typical monochrome scenes, which is inspired by Aberdeen’s tradition of granite. Next to the city, in fact, there is the Rubislaw quarry, which was the deepest granite quarry in Europe. Some of Aberdeen’s best know buildings, townhouses and traditional flats are made of granite and the city itself got the name of “The Granite City”. With this intricately detailed mural, Phlegm paid hommage to those who were working there and to the Rubislaw quarry itself, which now turned into a lake. 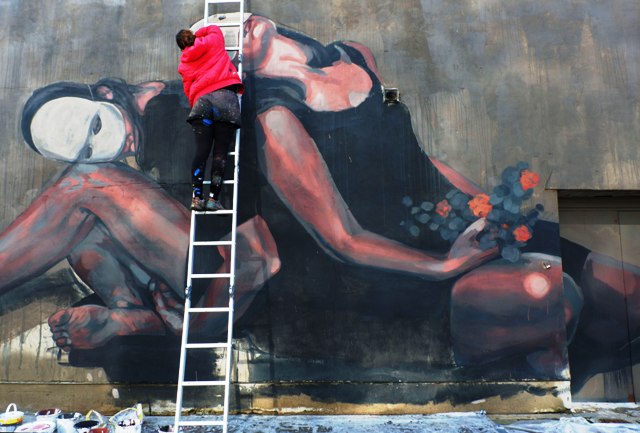 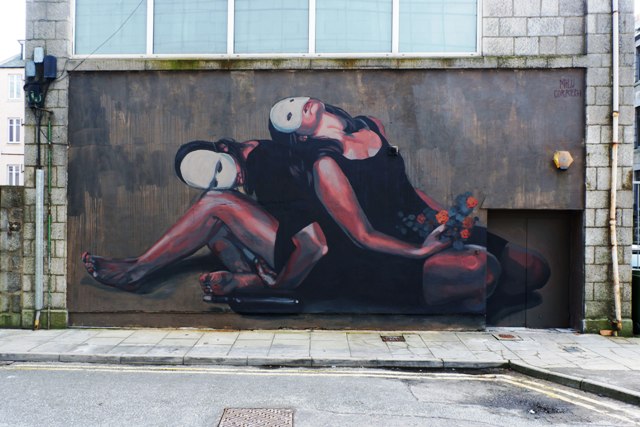 The Argentinian Milu Correch painted not one but two walls for Nuart Aberdeen. These two figurative murals depict female figures, although definitely not according to the conventional aesthetic.
The first mural is inspired by the tale of a Scottish king who believed that some Scottish witches plotted with other Danish witches to curse him, therefore trapping his ship in a storm when he was returning from Denmark.
The second mural depics two masked, absent women with their backs against each other. 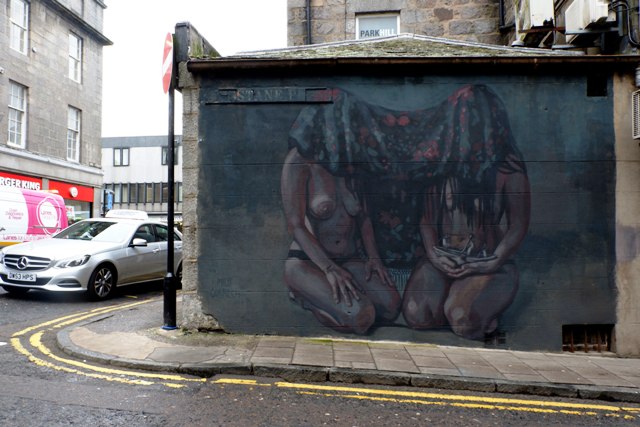 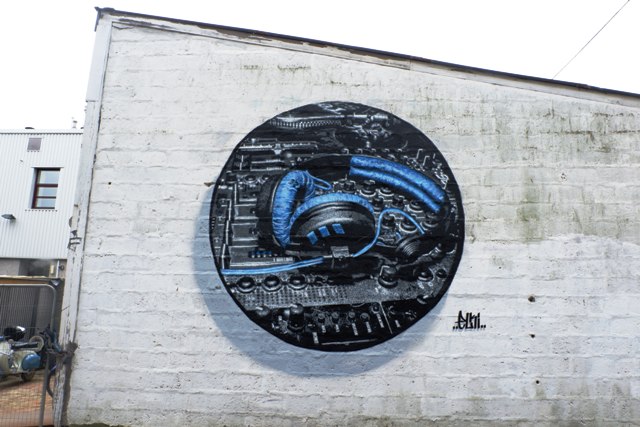 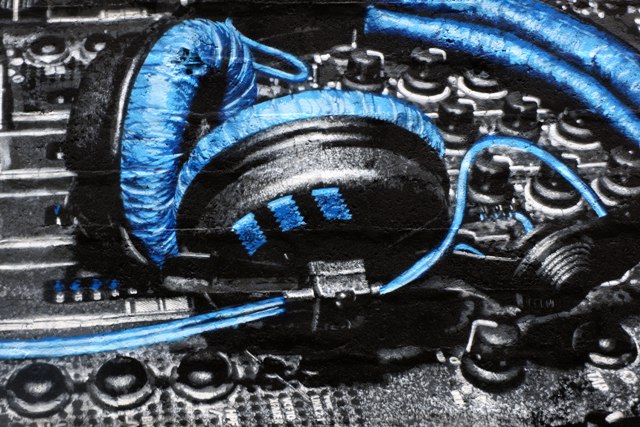 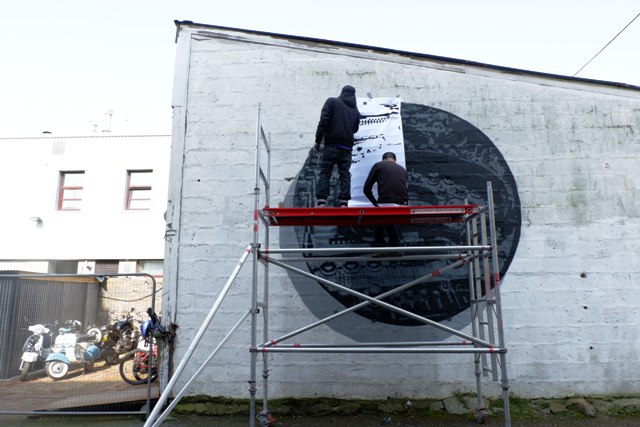 Then it was the turn of the stencil-master Elki, who is well-known for his stencils all around his hometown of Aberdeen, which appeared since the early 2000s. As a matter of fact, the piece he made for Nuart Aberdeen 2018 is right next to one of his early and most popular works: the bag piper. For Nuart Aberdeen Elki realized a complex stencil piece inspired by his passion for music. 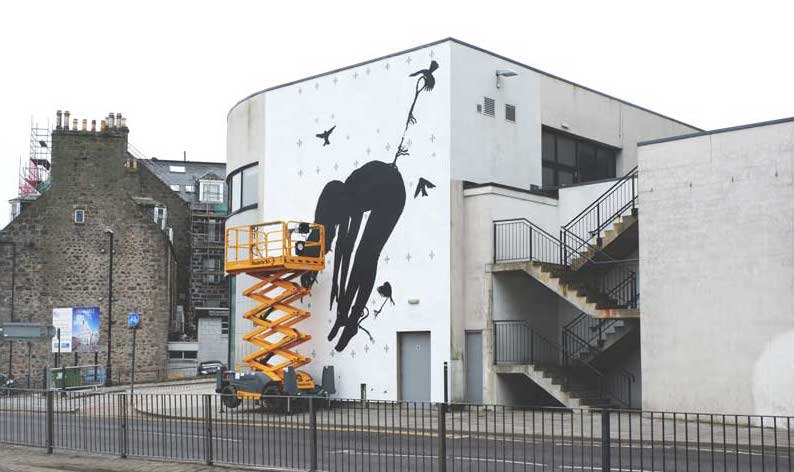 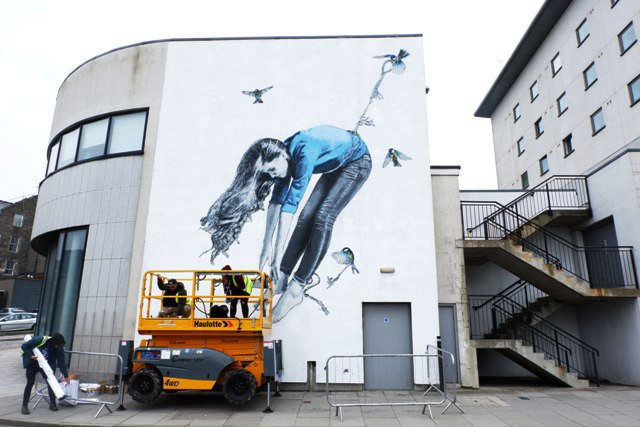 Finally, the English duo Snik completed their piece by the harbour. It depicts yet one more of their iconic frozen scenes of a dynamic action, which in this case is a girl carried away by colorful birds. Their works are so detailed and realistic that it’s hard to believe that are made with stencils.

We are looking forward to seeing what the other street artists are painting at Nuart Aberdeen 2018!