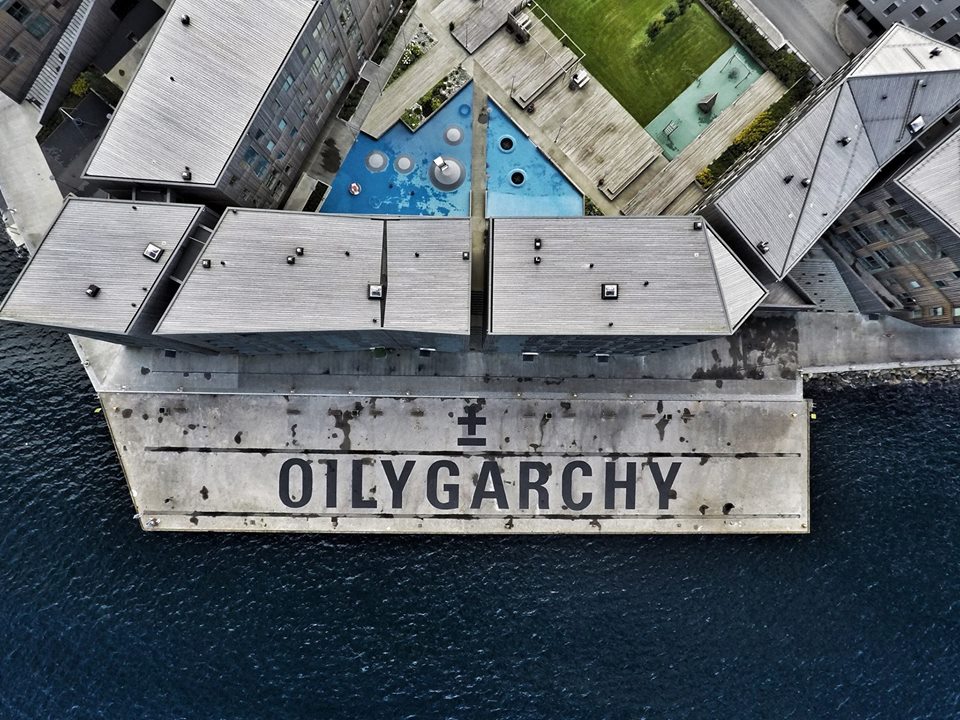 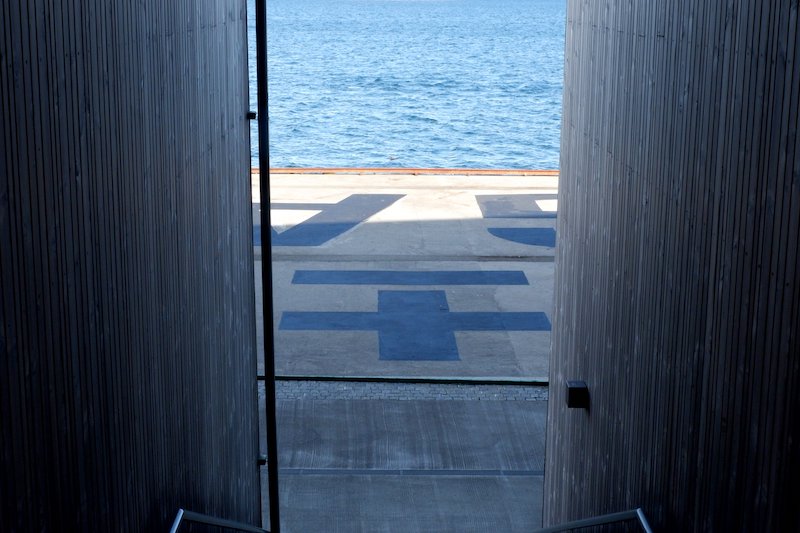 The first piece (“More Power” / “PowerLess”) is on the staircase of the city parking, whose shape looks like a battery. It’s a wordplay with the topic of this year’s edition of the urban art festival: “Power in the Public Sphere”. 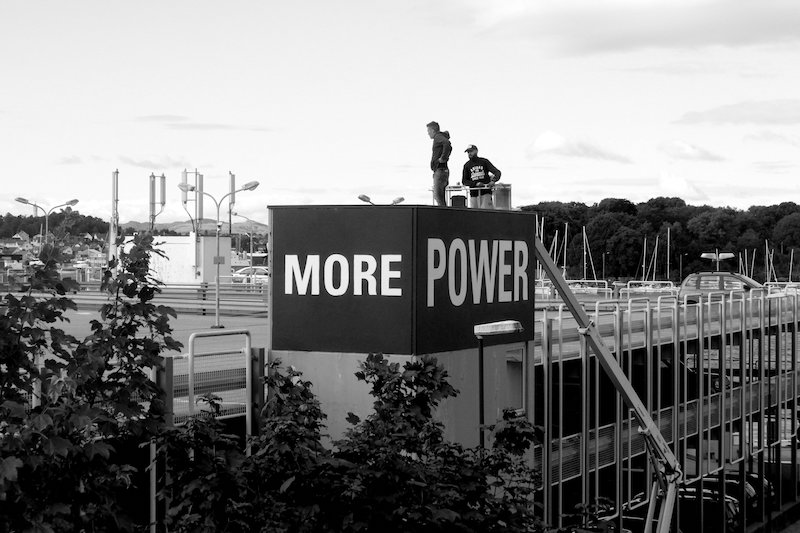 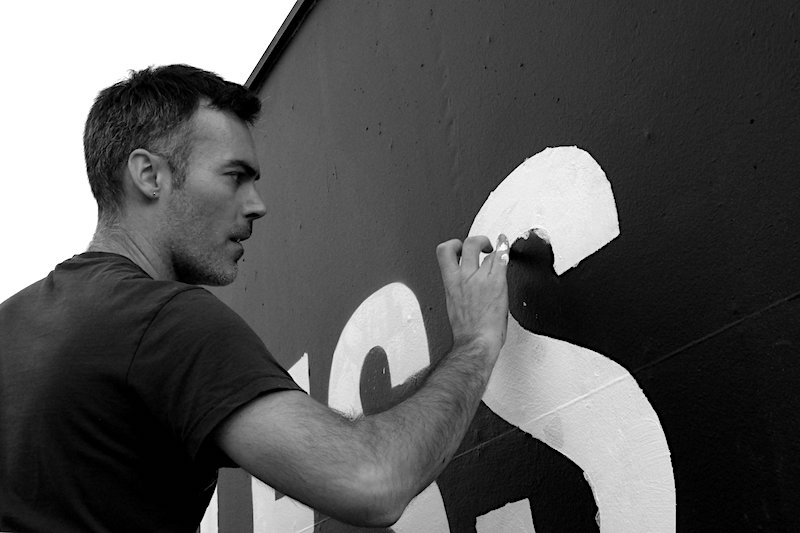 The second piece –which is among the largest artworks ±MaisMenos± has ever done- is on the old docks and it spells “Oilygarchy”, that is where the power ends up in a city built and expanded on the wealth of oil.

For the indoor exhibition ‘Rise Up!’ (3 Sept. – 15 Oct. 2017) ±MaisMenos± carried on his political campaign “Vota Mais Menos”, which conveys social contestation through the same propaganda mechanisms that governments tend to use, and it does so by calling into question the core value of democracy: voting.

Summing up ±MaisMenos’± inherent paradox and the essence of mass advertising and political rhetoric, the slogans written inside the two voting booths (“Right is Wrong” and “Left is Right”) nullify differences in favour of compromises. 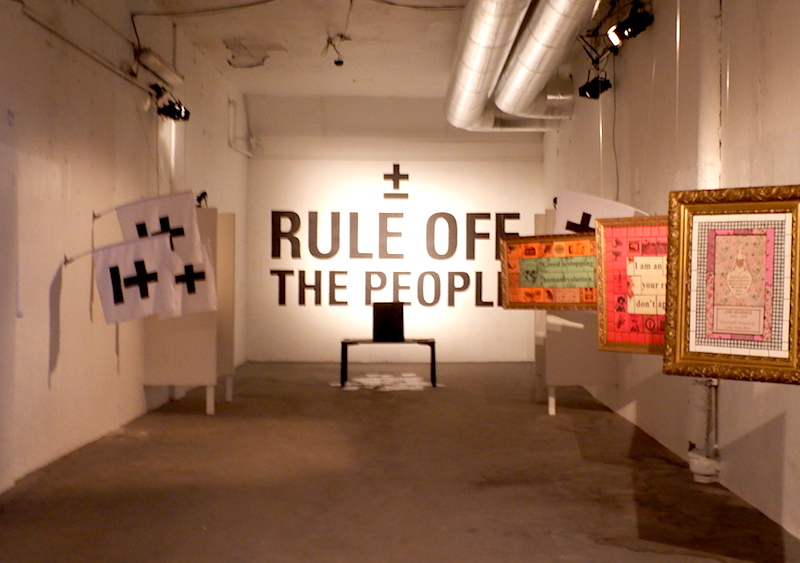 After the voting booths, at the end of the ‘tunnel’, the artist placed a bottomless ballot box through which ballot papers end –unheeded- scattered on the floor.

Text and photos by our on the spot representative Giulia Blocal from www.blocal-travel.com
Drone photo by Fredrik Haukebøe