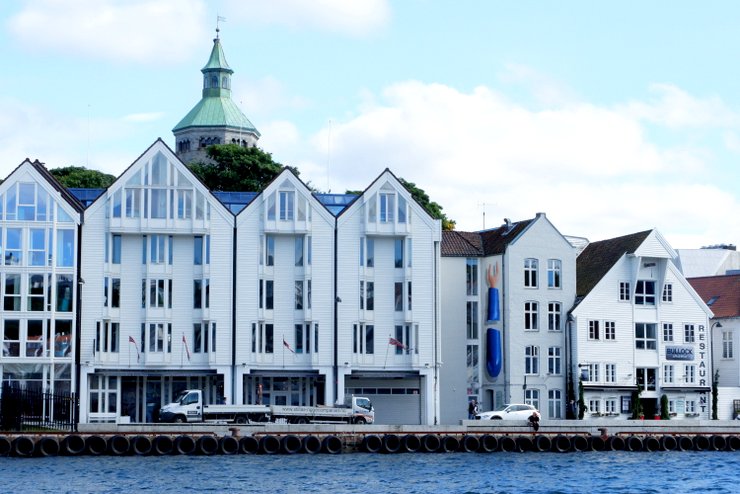 The young Spanish artist Ampparito took part in the 17th edition of Nuart Festival, which addressed the theme of Power in the Public Sphere. Both his outdoor and indoor works were inspired by the saying “Your right to swing your arms ends just where the other man’s nose begins.”

On the facade of the Clarion Collection Hotel in downtown Stavanger, Ampparito painted his anatomy study of a Playmobil’s elbow as a metaphor of both our limited freedom and conformity.

This image shows the final result of his investigation on Playmobil’s anatomy, which was aimed at improving their freedom of movement in order to let them reach each other’s noses, and –therefore- more freedom.

As Ampparito has tested during his investigations, this movement proved to be particularly hard without the articulation of an elbow –hence the broken piece depicted. In fact, the only way to set these held back toys free was by breaking their stability, which -in turn- was guaranteed by their lack of freedom of movement.

After painting this oversized Playmobil’s arm, Ampparito moved forward to investigate the space between arms and noses, and he did so through several installations around the city, which were aimed at proving how easily freedom of movement can be kept under control. 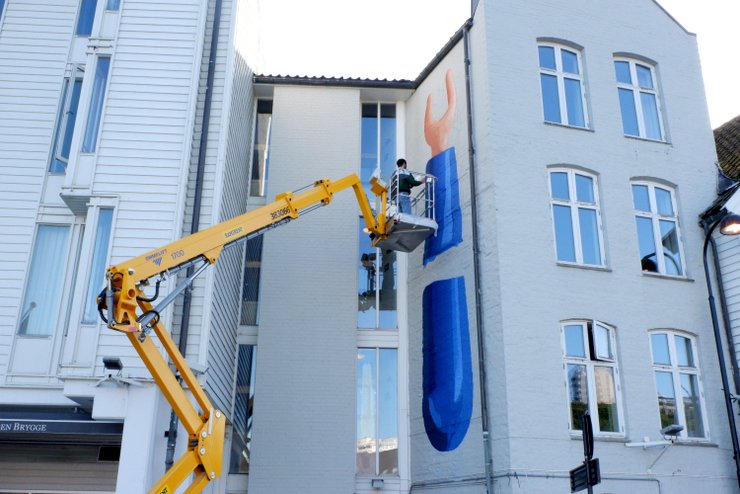 Using a red and white security tape, Ampparito randomly restricted public access to several spots around the city, from parking lots to benches, trees and footways, to prove that our paths will divert since we usually trust these signs rather than questioning them -or simply stopping to think about what they order us to do. 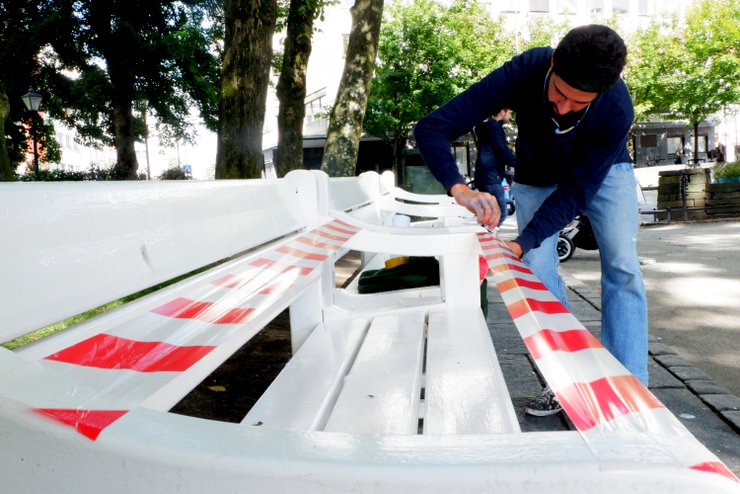 The barriers he has installed around Stavanger were non-sense, and yet someone still changed their path.

We don’t have the time to think about what we are doing every time we conform to a regulation, we just do it as an automatic, unconscious behaviour. 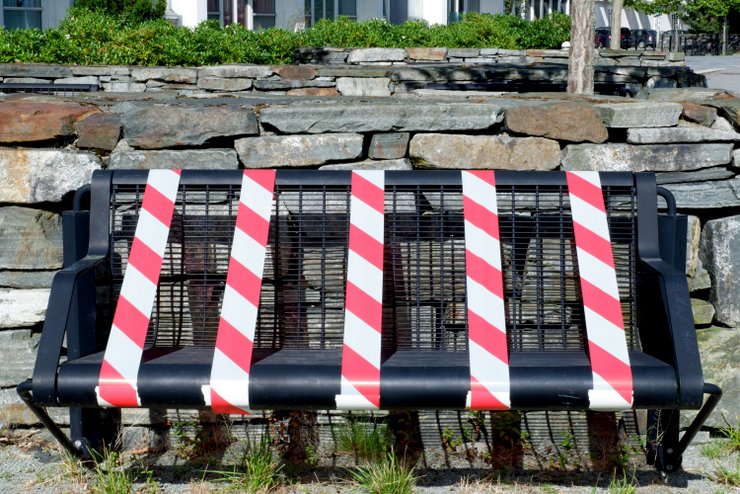 The barricade tape is also at the centre of Ampparito’s indoor installation for Nuart exhibition ‘Rise Up!’ (3 Sept. – 15 Oct. 2017). 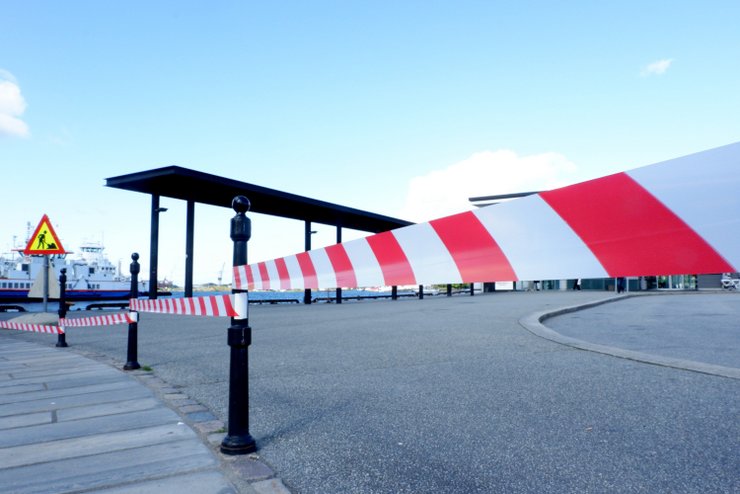 This interactive piece is an experiment to test societal behaviours, and so whether people will enter the descending tangle made up of barricade tape to reach the ‘nose’ at the end of it or perceive it as a barrier.

Or –perhaps- something in between.