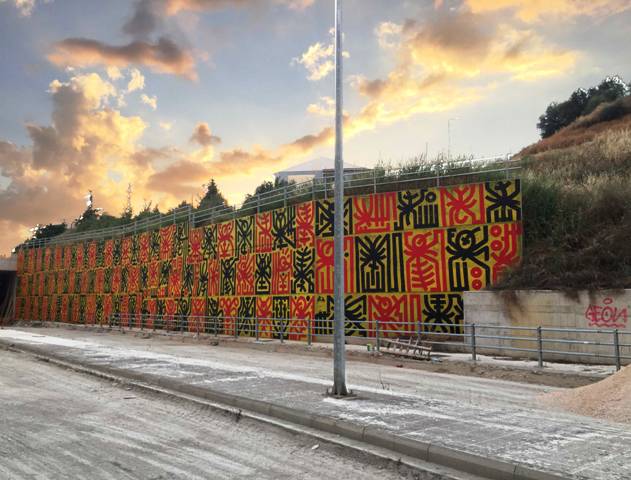 ArtWalk 3 recently presented the ninth fresco of the Festival by hosting greek artist Dimitris Dokos! The 3rd International Art Festival Patras | ArtWalk 3 has impressed the audience of Patras with a series of large scale murals by greek and international artists. 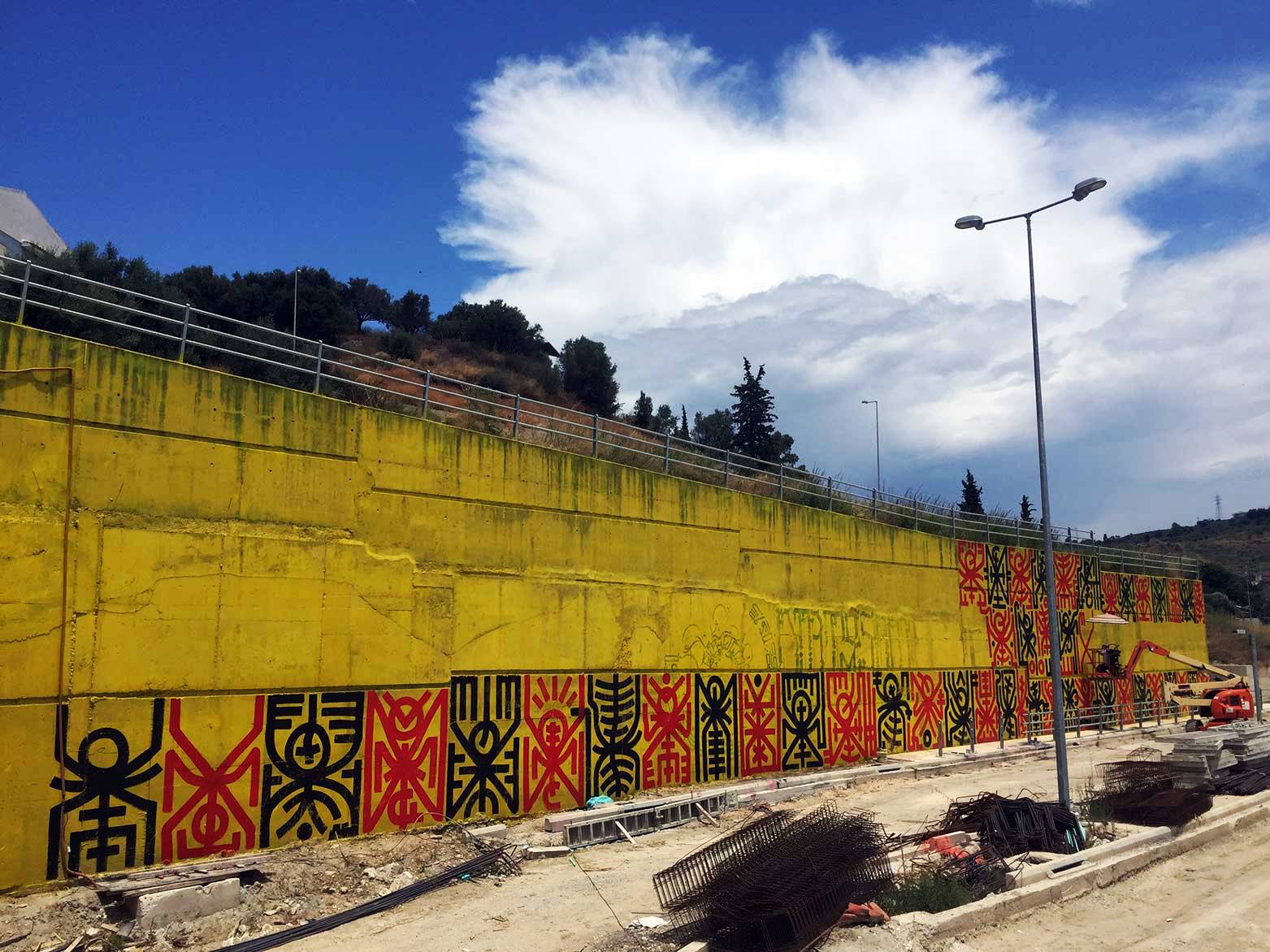 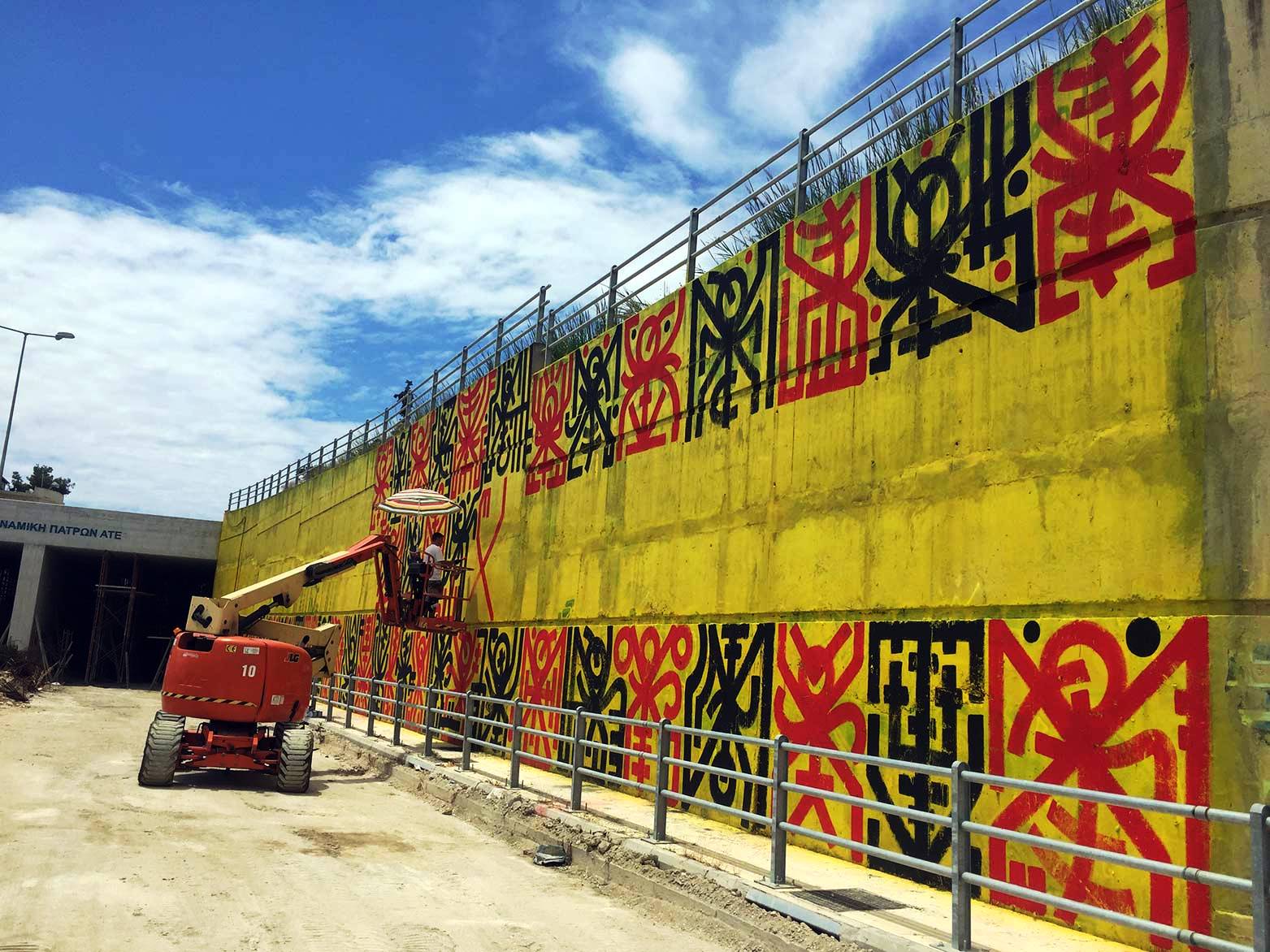 He is self-taught in painting and began his first steps as a street artist. His frescoes and visual interventions in the urban landscape can be found even in the center of Athens. At the same time, he has been presenting his work during the last seven years at exhibitions in Greece and abroad.

His latest solo exhibition, Metamorphosis in 2017, was presented at the Blender Gallery in Athens and has participated in a number of group exhibitions such as Art Athina, ReCulture IV and San Diego Art Institute San Diego, Asia Culture Center & ACC Creation in South Korea and the National Hellenic Museum in Chicago.

Dimitris Dokos is known for the multi-dimensional and repetitive motifs he creates in his works. His frescoes feature ornate hieroglyphics, while in his works on canvas you often find the shape of the scarab. 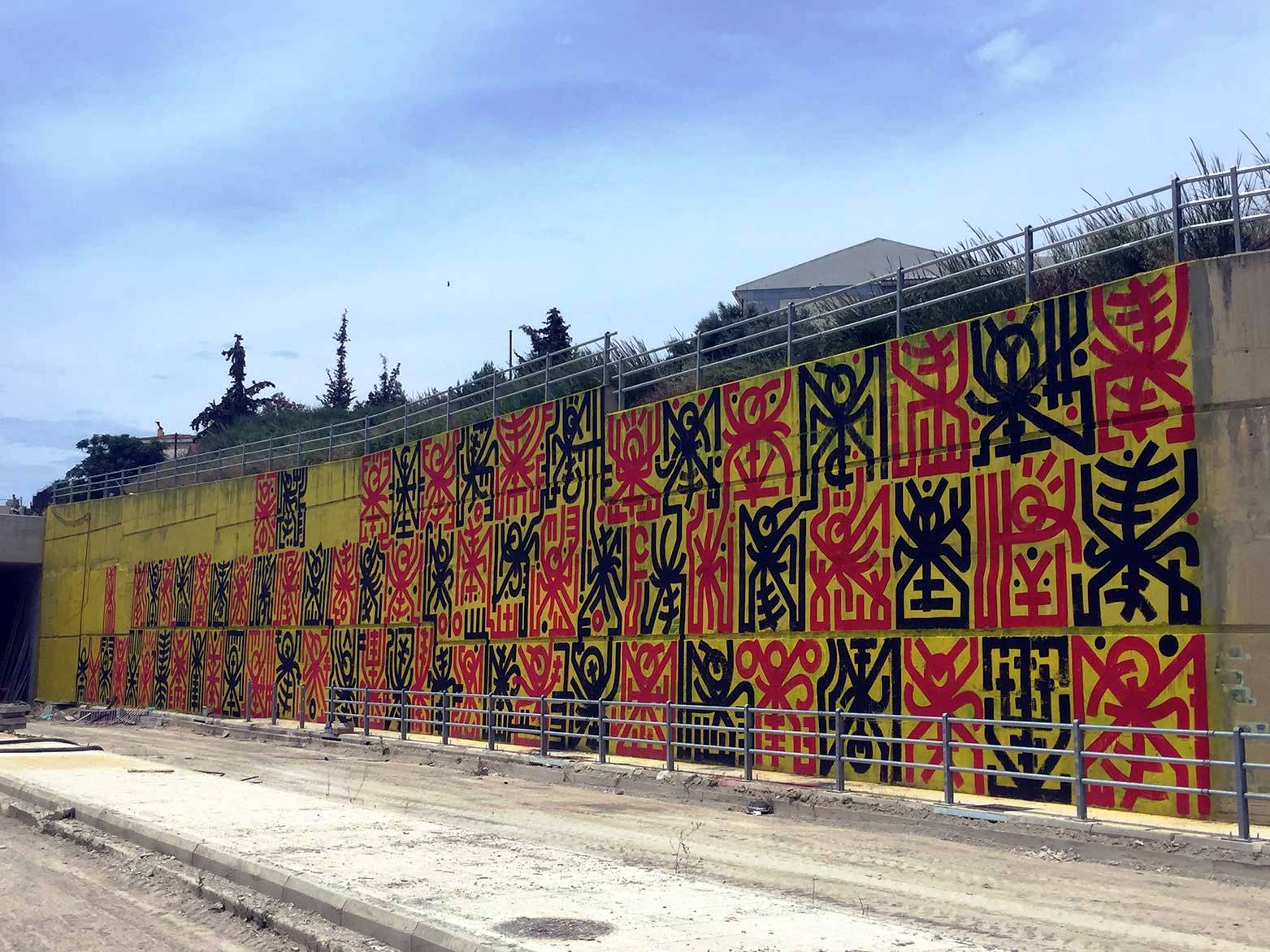 The fresco is located on the small circular of Patras and was finished on 21 June. 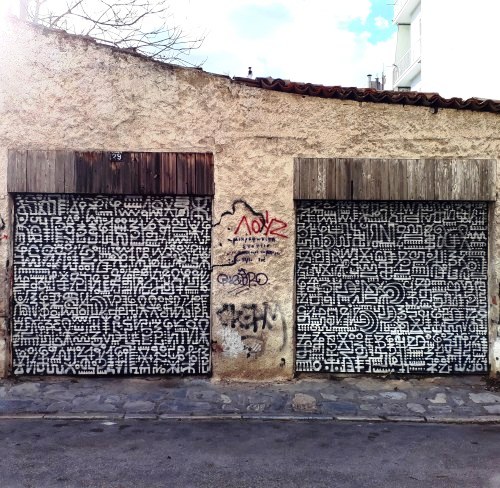 Follow Dimitris Dokos’ work on his page and social media: