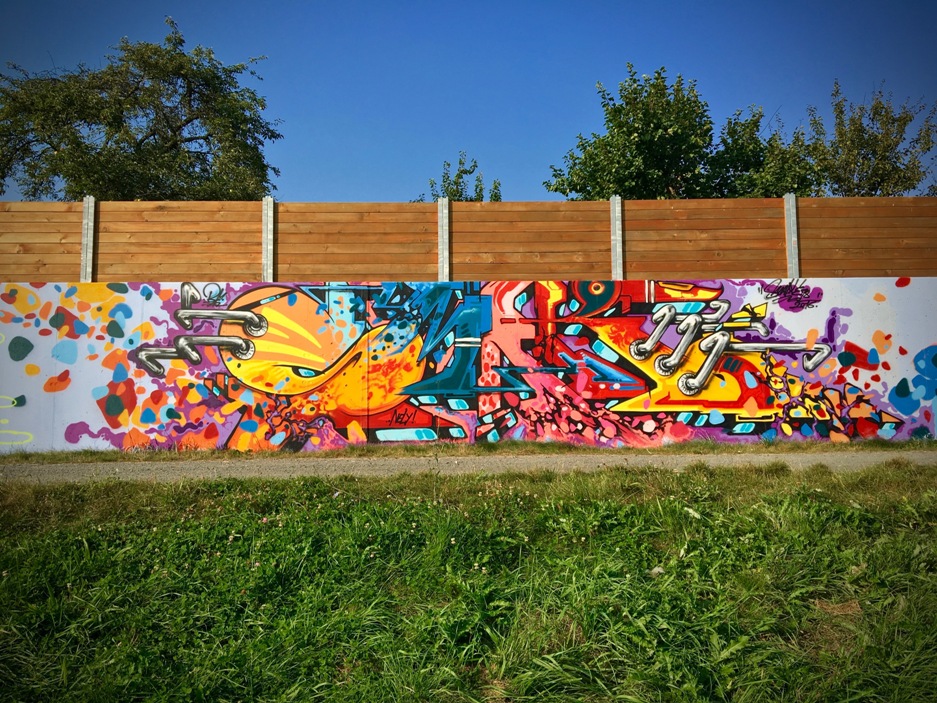 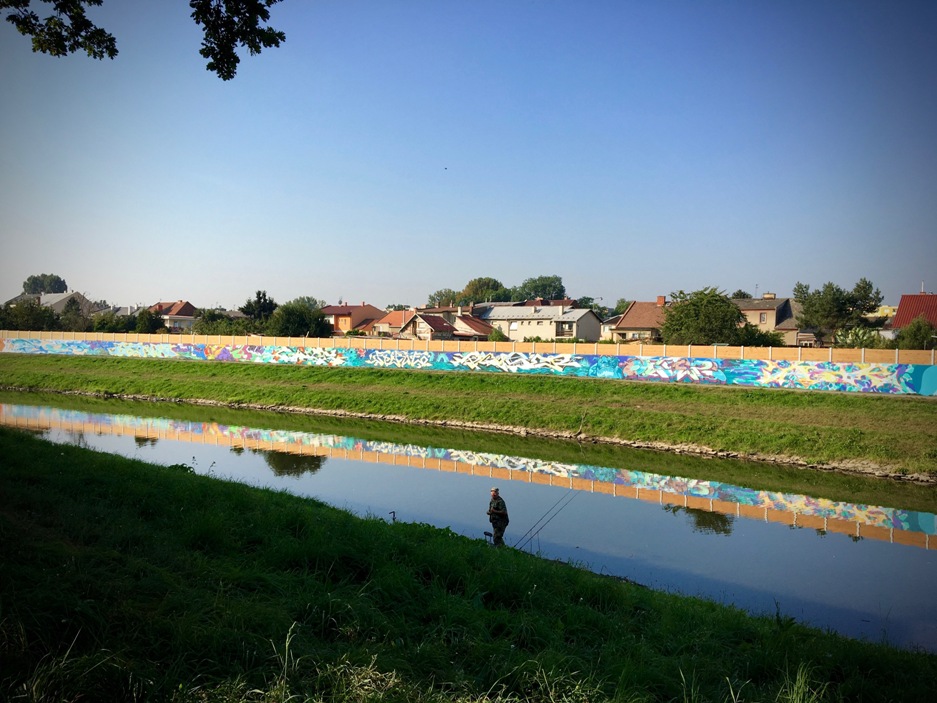 SAFE2016 again brought about plenty of novel graffiti pieces by the crème de la crème of the local scene, including Noneck, Keim, Oliver, Post, Pauser, Guilty, Furio, Geno, Yudoe and many others. Painting took place on 412m long anti-flood wall on the Morava river bank. The sizing of the wall allowed the artists to express themselves in a different way than the last year, when they painted tall buildings. This time the artists chose a concept of the water and meshed their graffiti into the surface of the water that flows all along the wall and thus interconnects the pieces of individual writers. 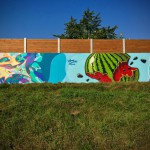 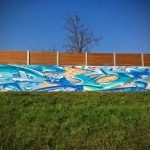 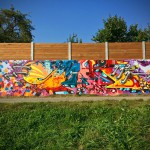 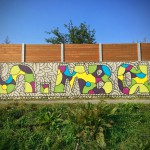 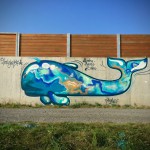 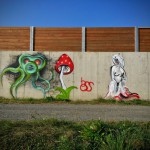 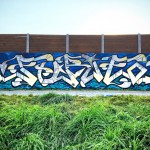 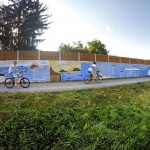 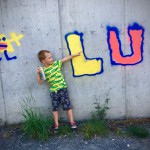 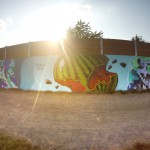 SAFE2016 was accompanied by vast additional programme, that included “Streetart on Canvas” exhibition vernisage in Zbrojnice Coffee Library. The exhibition goes on till September 30. The festival took place in a sunny weather, whoever came by could get a tan on the riverbank, or dip into the water. The afterparty took place on Ololoď ship premises, which symbolically interconnected it with the multicultural festival “River has a soul” organised to support regional culture and artists. 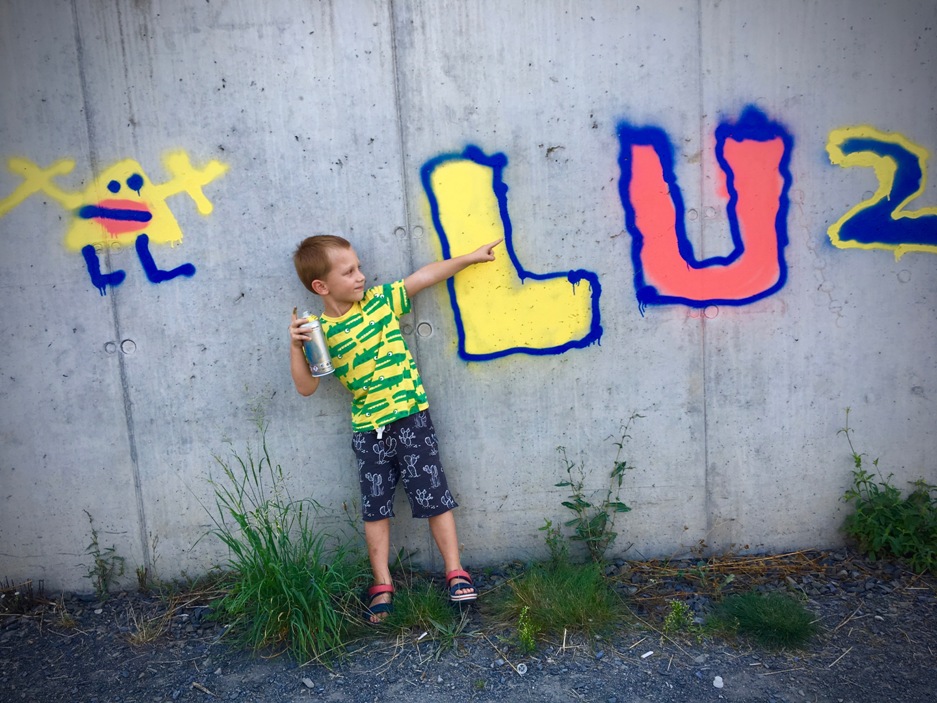 We would like to thank everybody who contributed, supported, attended, participated or just came by to enjoy the views. Ninth edition was again awesome and we’re looking forward to the next edition – the tenth jubilee!
The Street Art Festival project is a long-term endeavour of Tomas Junker, aka. Pauser, a designer and a graffiti writer, who over the years turned from a raw street child into a respected artist who devotes himself to graffiti professionally all around Europe and also United States. Worthy of mention is for example his exhibition “Beyond the Wall” in Hamburg organised as a part of Arabesque festival. 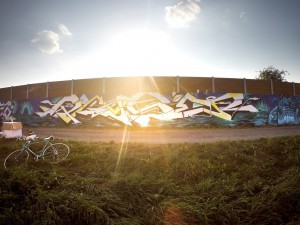 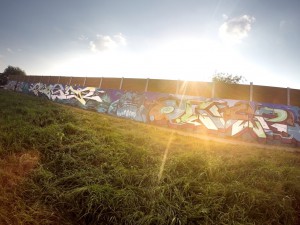 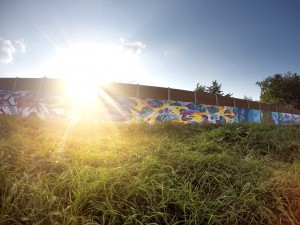 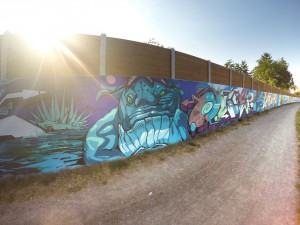 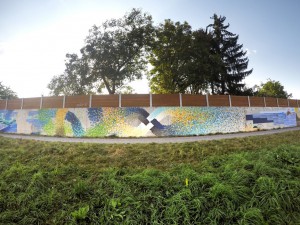