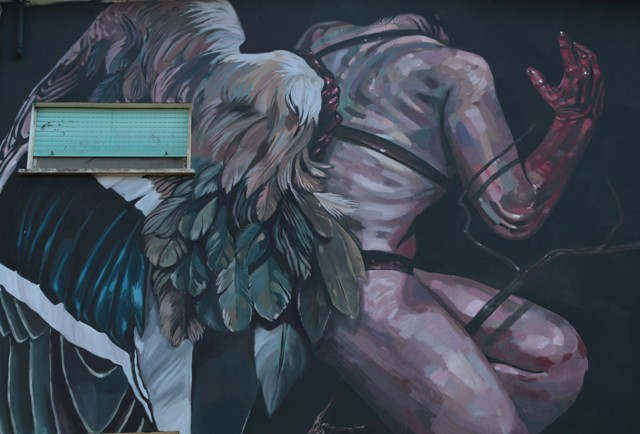 Nicola Alessandrini sent us his latest mural work created for the Tinarte Festival in Fiumicino, in the Villaggio Azzurro housing complex.

The work talks about the cultural, economic and environmental transformations brought about by the passage of Fiumicino from a city of fishermen and farmers to a city characterized by the presence of one of the main European airports, with particular attention to the groups and collectives that have been working for years on the territory against pollution, the protection of the territory, the right to housing. 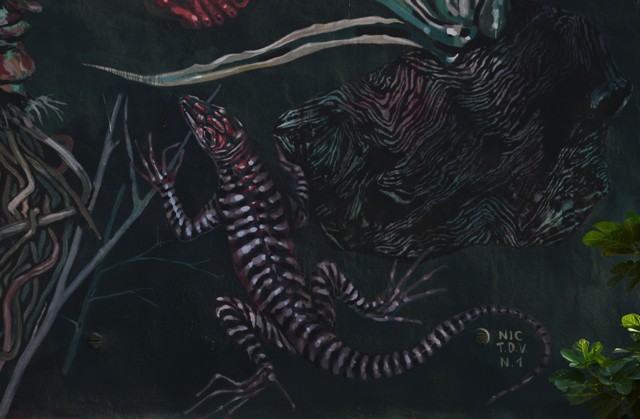 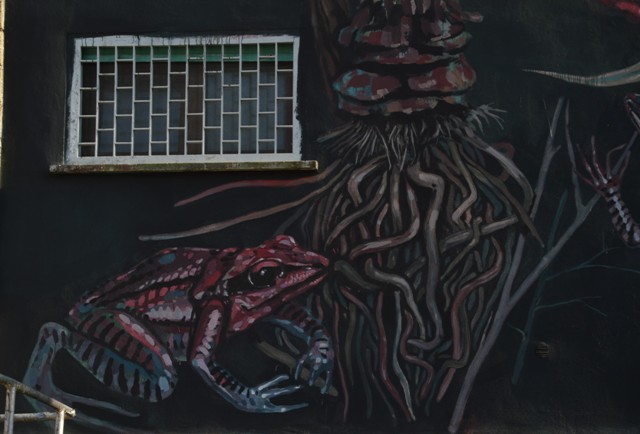 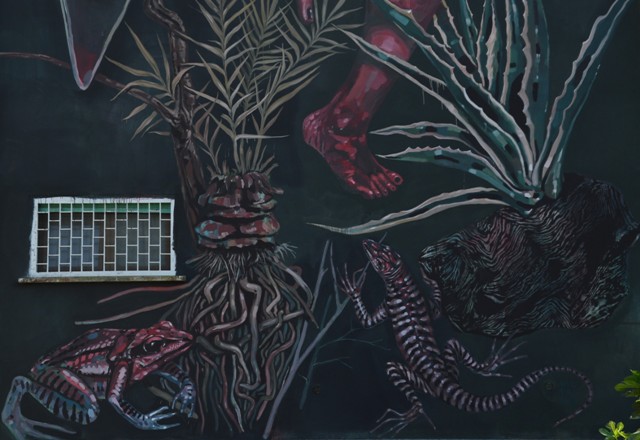 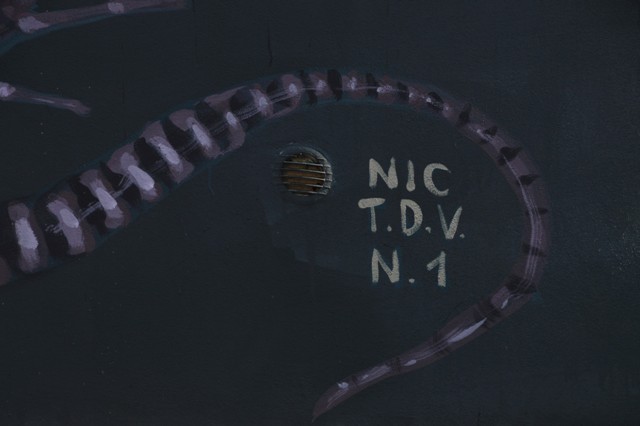 The work represents a sort of Icarus in the act (successful or unsuccessful?) of taking flight: a metaphorical story on the perennial balance between the natural human need to emancipate oneself and the mute acceptance of the dogmas and consequences of a capitalist society, often narrated as the only possibility of flight. 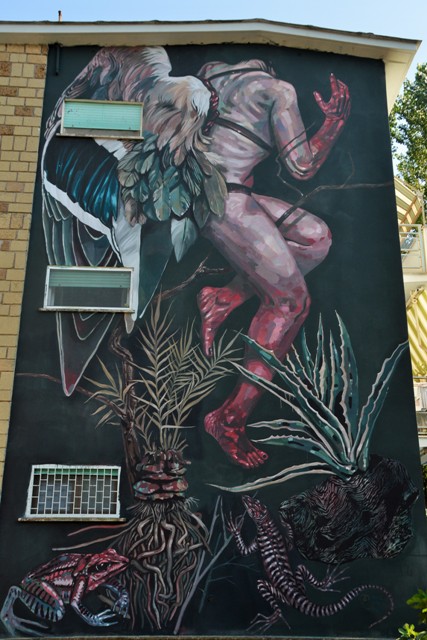