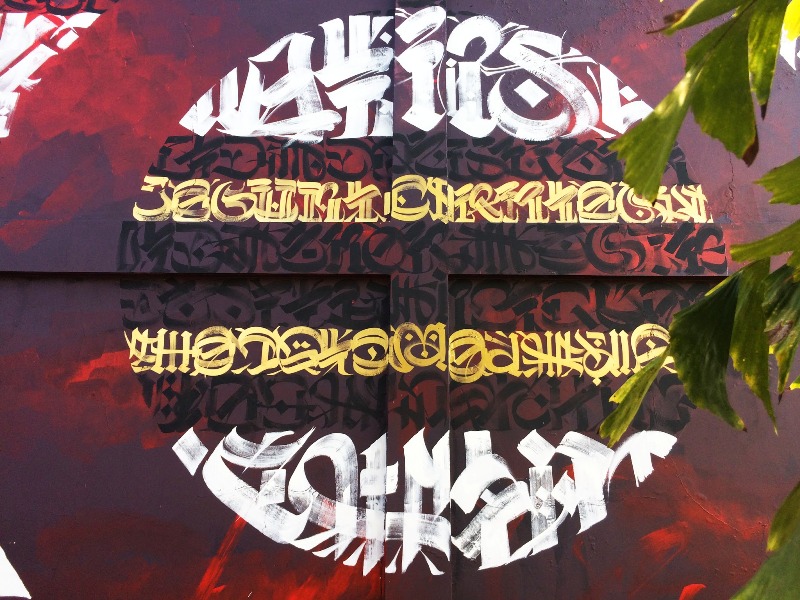 Said Dokins has been quite busy last month visiting France and Ecuador for his latest creations. Just as we were trying to grasp his last amazing wall with MonkeyBird crew, here are the two latest works.

‘The Public Encounters of Arts 2016, Interactos’ was conceived as an interdisciplinary space of production and exhibition of artistic projects linked to the public space, to generate dialogues, interactions and sharing knowledge around Latin America. In this wall in dialogue with the Ecuadorian poet María Paulina Briones talking about the body, writing, landscape and the city, Said Dokins transcribes one of his poems: The Treatise of Borders. 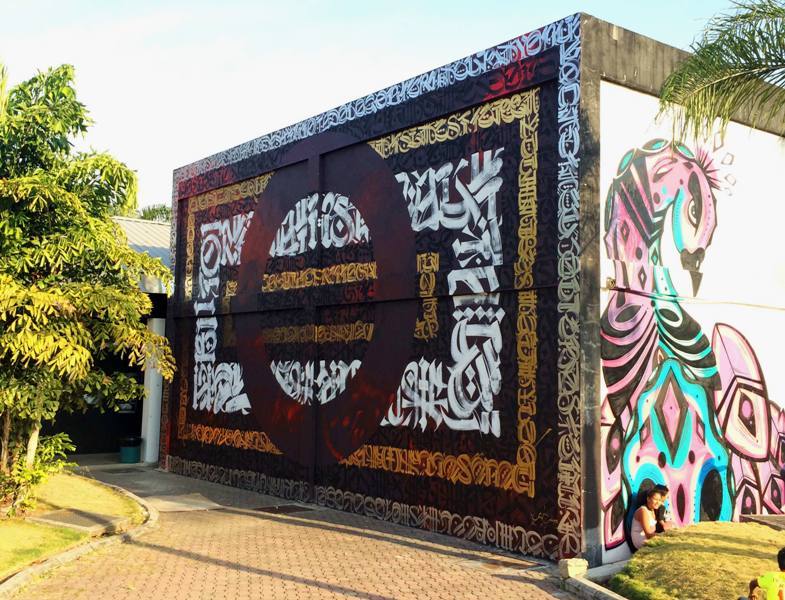 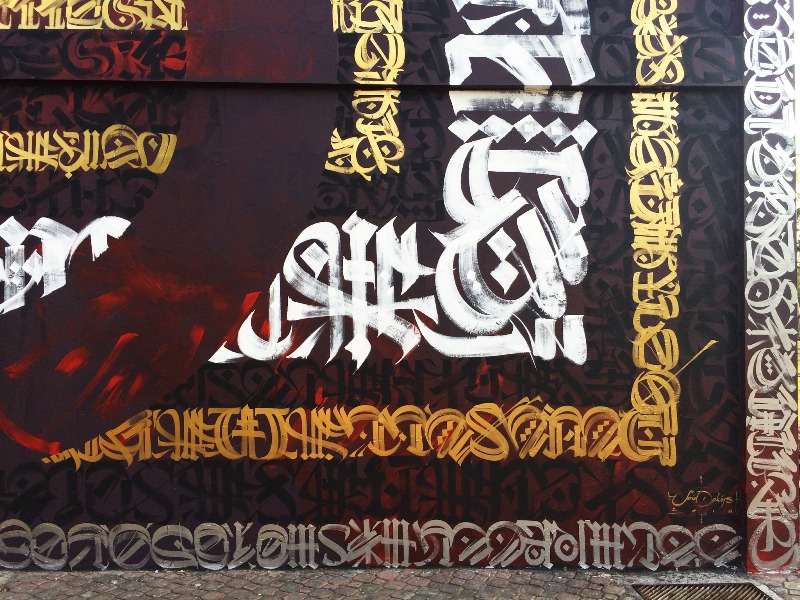 This mural is part of the project titled The Hidden Text which is a reflection about the idea of the ‘memory’. In this wall Dokins transcribes a text of Walter Benjamin: ‘Like ultraviolet rays memory shows to each man in the book of life to script that invisibly and prophetically glosses the text.’ 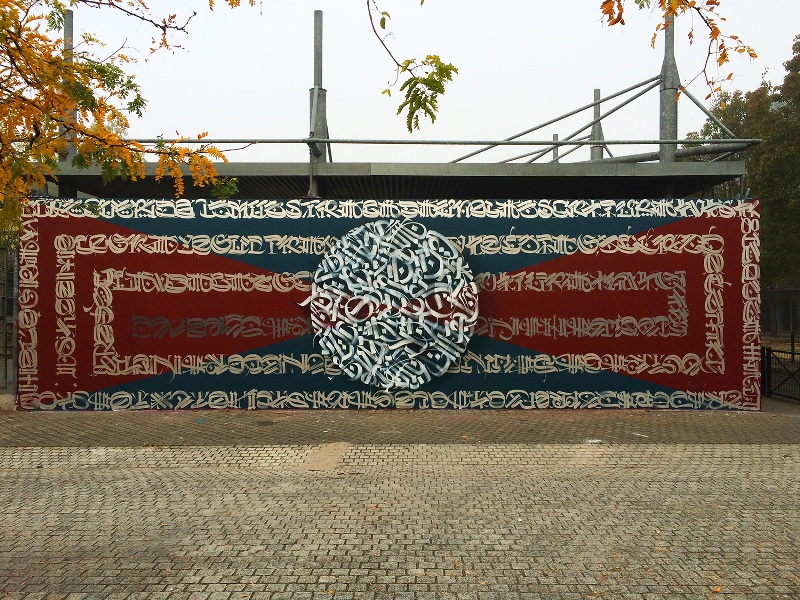 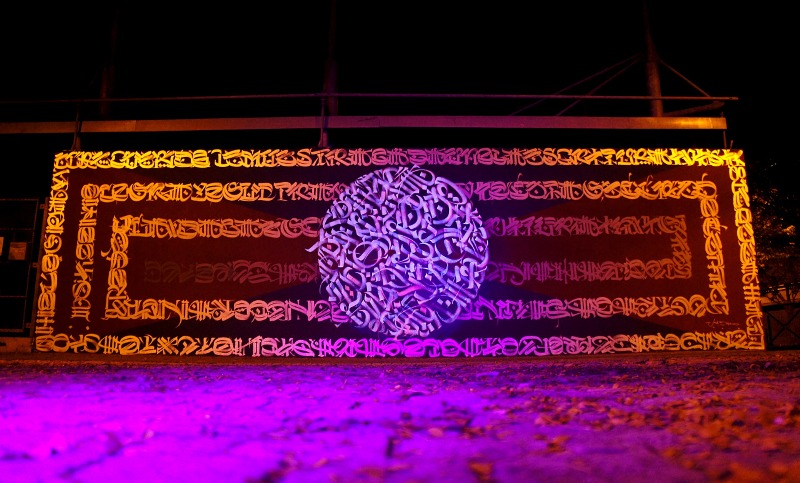 Said Dokins relates to calligraphy and graffiti as intermediate practices of inscription and trace, twisting symbolic orders and as a place of political enunciation. Dokins lives and works in Mexico City. His cultural practice takes on contemporary art production, research and cultural management. He has put on curatorial projects related to urban arts and a number of political issues happening in his country. Among other awards, is the winner of the Iberoamerican Contemporary Art Creation Prize, Cortes de Cadiz, Juan Luis Vasallo 2015 in Cadiz, Spain. His work as an artist has been shown nationally and internationally in countries as Spain, Germany, Holland, Belgium, United Kingdom, France, Argentina, Chile, Brasil, El Salvador, Peru and others. It takes up the economy of medieval calligraphy, the energy and expressiveness of japanese calligraphy, besides creating a poetic based on pre-phonetic writing. For Dokins every experience is a trace, a psychic impression that creates a texture in our symbolic universe. In that sense, calligraphy and graffiti aren’t just on paper and ink, on the walls and spray, but on every event of our existence.