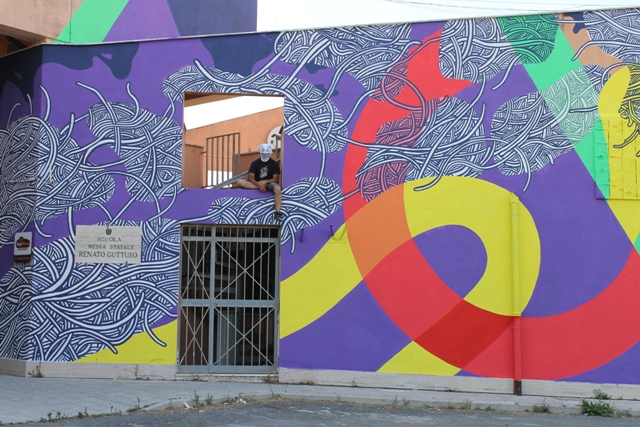 “Spaceablandscape” is the last mural completed for the second act of “Urban Area – A Scena Aperta” 2016 in Ostia (Rome) curated by Mirko Pierri of “a.DNA project” association.

Ironmould, the author, painted the largest wall painting of the neighborhood of Ostia, in a week.

The “Amendola-Guttuso” School, welcomed this second wall painting, after the Nicola Verlato’s of last year, on the same structure of the School “Renato Guttuso”, in Marino Fasan street. Completely different than the wall of Verlato, the approach to the wall of Ironmould is mainly mediated by his experience as a graphic designer, illustrator and art toys designer. He usually combines geometric figures with illustrated characters and puppets, textures and abstract forms, often painted with broad and defined backgrounds. 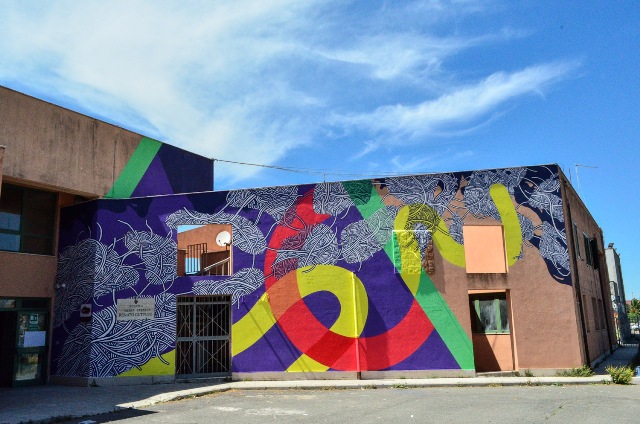 While Ironmould painted, the local residents or random passers-by shouted congratulations to the artist from the road or demanding explanations on what was taking shape. 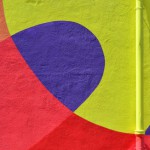 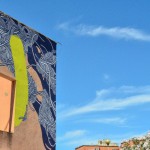 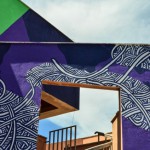 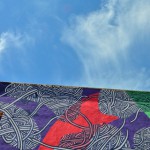 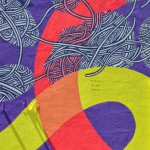 The colors filled the forms reproduced by the artist on the wall, under the interested and curious eyes of the children that every afternoon, before going to the gym, had seen the advancement of the work, like the guys who went to school every morning to do the middle school exams that exchanged opinions and bet on the outcome of the finished painting, together with the teachers. 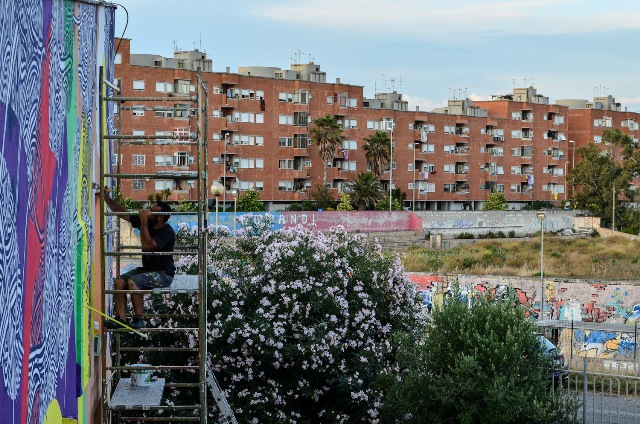 Ironmould, during his work, entered into the lives of those living in the neighborhood as the tangles of cables painted on the wall, falling from the sky in the form of artificial asteroid, crossing the floating geometric shapes, transparent and bright, almost projections of human movements. An interruption, almost a fracture in everyday life, visually tells the exact time when the reality has given way to the digital one. A warning, depicting the violence with which we have been deprived of our humanity and the moment when every day our gaze is torn from reality to focus on virtual dimensions. All this, just on a school building, acquires a very strong educational value: an invitation to not lose the touch with the places where we live and the people with whom we confront, and to care for it. 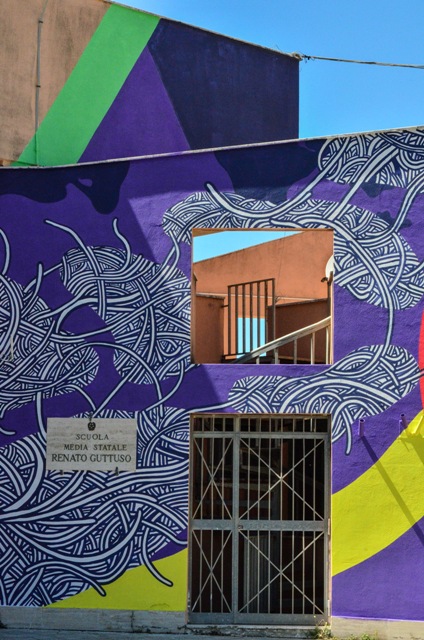 [The project] “URBAN AREA – A Scena Aperta” 2016 (Ostia – Rome)
Following the first act of “Urban Area – A Scena Aperta”, took place in the months of April and May with interventions of the artists L7M from Brazil, Jimmy C (Australia), Ex-Voto (Rome), Desy (Portugal), the second act in June and July, has seen alternating several interventions and many artists invited: the tribute to Andrea Costa of Collective FX and Nemo’s on the socio-cultural center “Affabulazione”, the intervention of Ironmould who burst onto Guttuso school with shapes and strong colors. In addition to other interventions, the poster art of Standard574, K2M, Sid from Palermo and Elisa Della Scala, Roman writer based in London, which for the occasion has collaborated with the Milanese artist Marco Ugoni, they took to the streets of Ostia Ponente, creating a singular path that crosses the whole neighborhood.