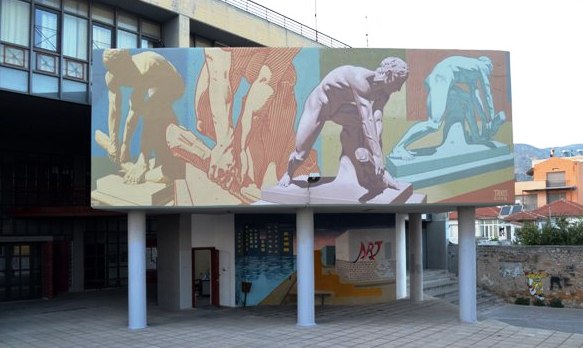 Mural painted by Taxis for the “CityCall” vol2, mural art festival on the 6th High school, Volos, Greece. Organized and implemented by Urbanact. The thematic was inspired from the Fillipotis’s “Woodbreaker” sculpture. Under the auspices of Municipality of Volos. 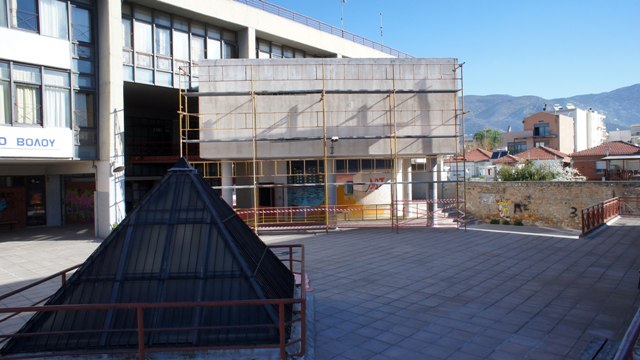 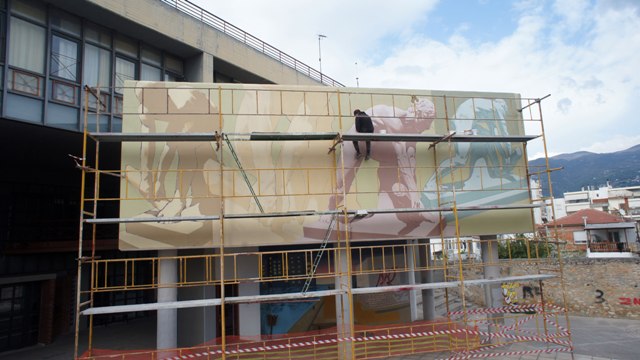 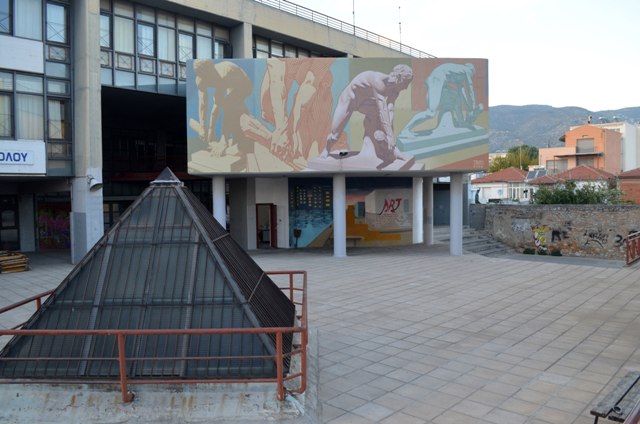 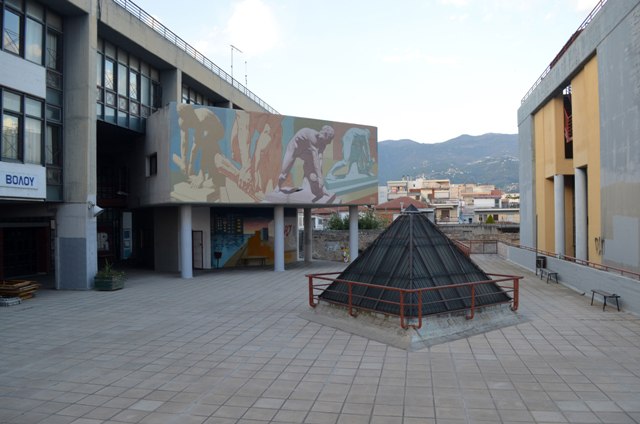 “Taxis’ mural is a study of the sculpture ‘The wood breaker’, created by the Greek sculptor Dimitris Fillipotis (1829-1919), which was presented for the first time in 1902. The Municipality of Athens bought it in 1907, then it was displayed publicly in the city in 1908.

During the first years it had been vandalized three times. In 1910 it was painted over with red paint, in 1912 it had been amputated in the name of prudery, and finally it was stoned in 1914. Now it is located opposite the Panathenaic Stadium and is considered one of the beloved statues around Athens.

Taxis selected this subject for the High School because of the simplicity of the action, breaking a piece of wood, which however needs strength and effort to achieve breaking it in two pieces. The same strength and effort people need in their everyday life regardless their age.

In addition, beside to his personal study of the sculpture, he painted it 4 different times and in 4 different angles to show figuratively to the viewers(in this case the teenagers of the High School), that there are more than one points of view to approach a ‘problem/task’, that one thing can have a lot of meanings and that there are different choices and actions that can be made to solve or achieve a result.” 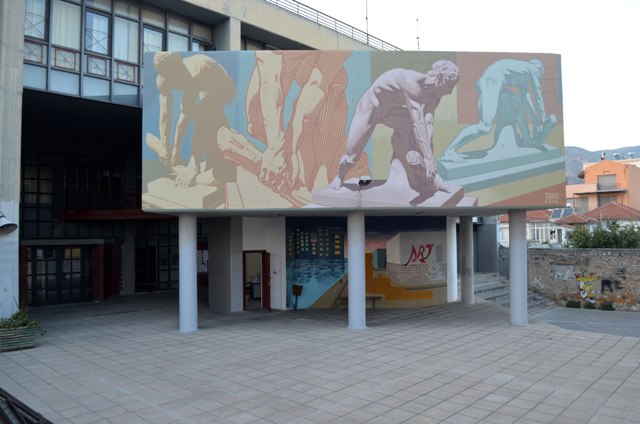