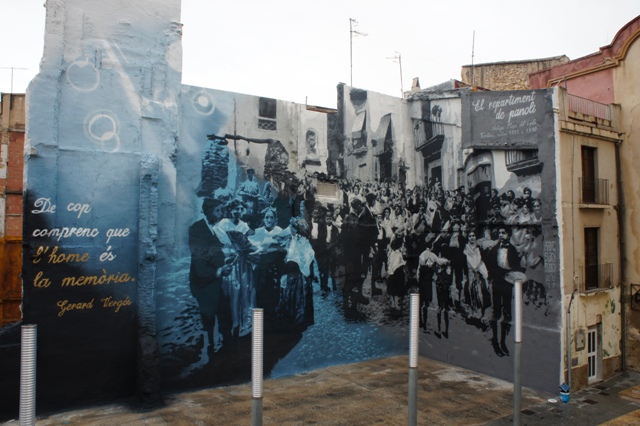 Here is a monumental piece of work by Roc Blackblock. Titled as: “At once I understand that man is memory” it is a work inspired by a 1925 photograph, which demonstrates the celebration of a popular tradition in the city of Tortosa. This work is the continuation of the dignification project of the old quarter of the city, which began in July. 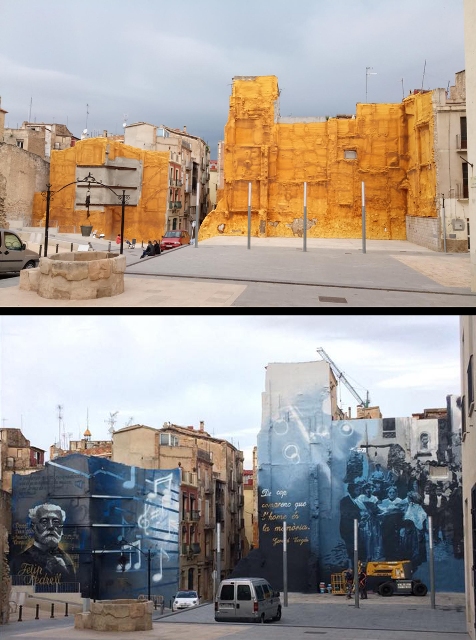 Plaza Sant Joan of Tortosa 6 months ago and now, an image that is worth more than 1000 words. 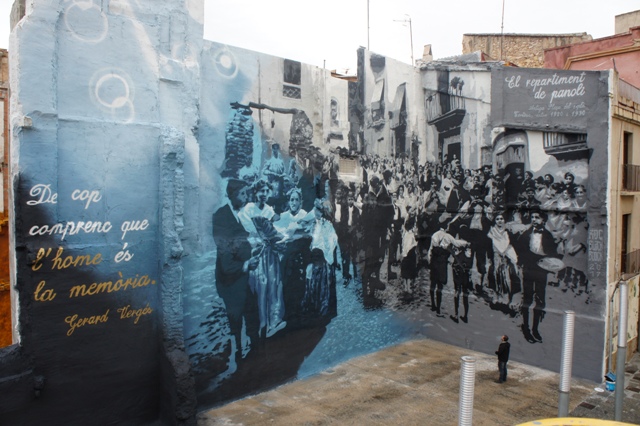 Urban Art can be a tool of dignity for public spaces, offering preservation of the historical memory and popular culture, a great intangible heritage which must be preserved.

Roc Blackblock is a Barcelona based artist! He started painting graffiti in 1999, and since 2012 he has specialised in his works using stencils. This is what makes him feel comfortable. See more…