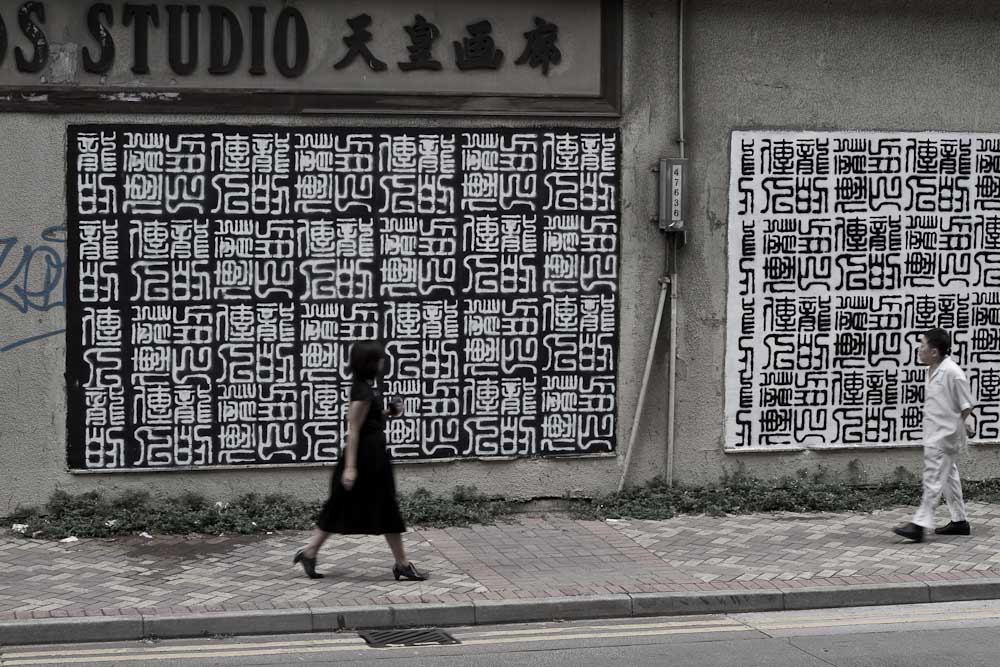 This is part of a Street Art project called Legend of the Dragon / “龍的傳說” that will be completed in several Asian cities during 2015. In this project, Akashi represents the dragon as a spiritual symbol of the Chinese unity and pride for the country.

The artwork is composed of traditional seals imprints with Chinese characters “龍的傳人“ / descendants of the dragon.

Learn more about the series here: 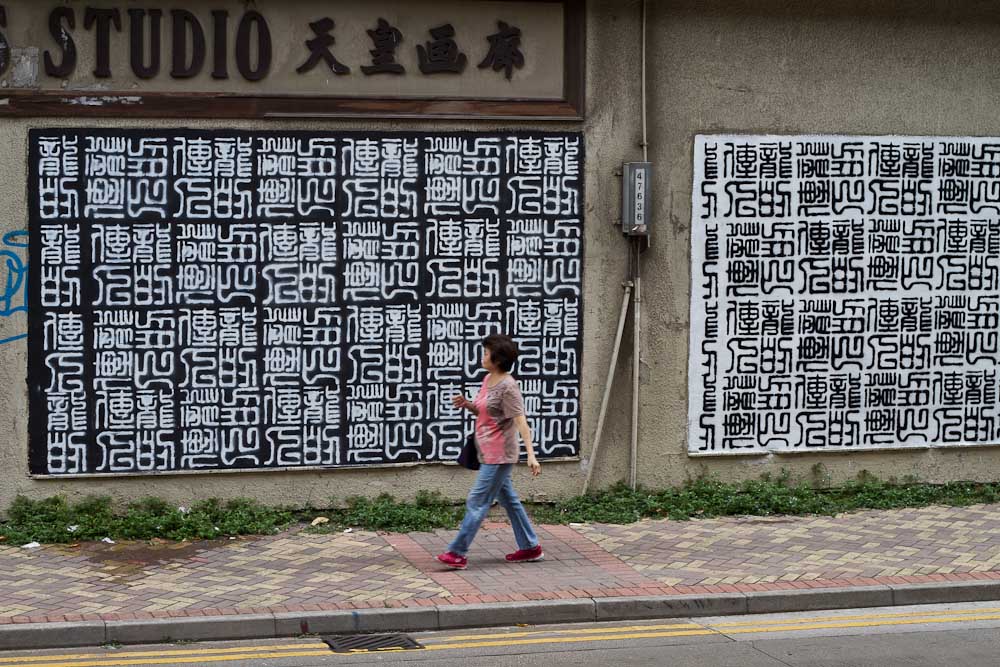 Legend of the Dragon HK 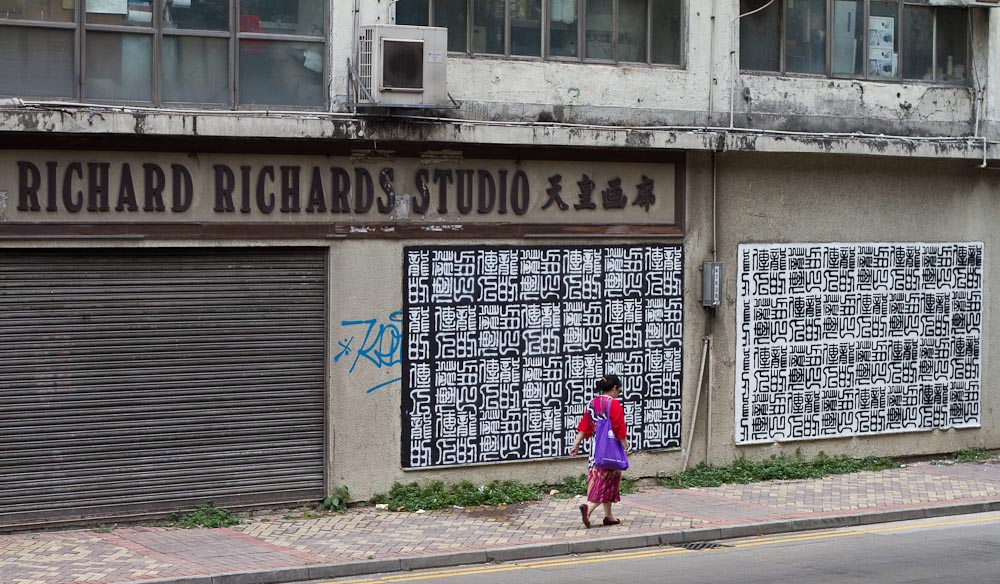 Legend of The Dragon

Legend of the Dragon 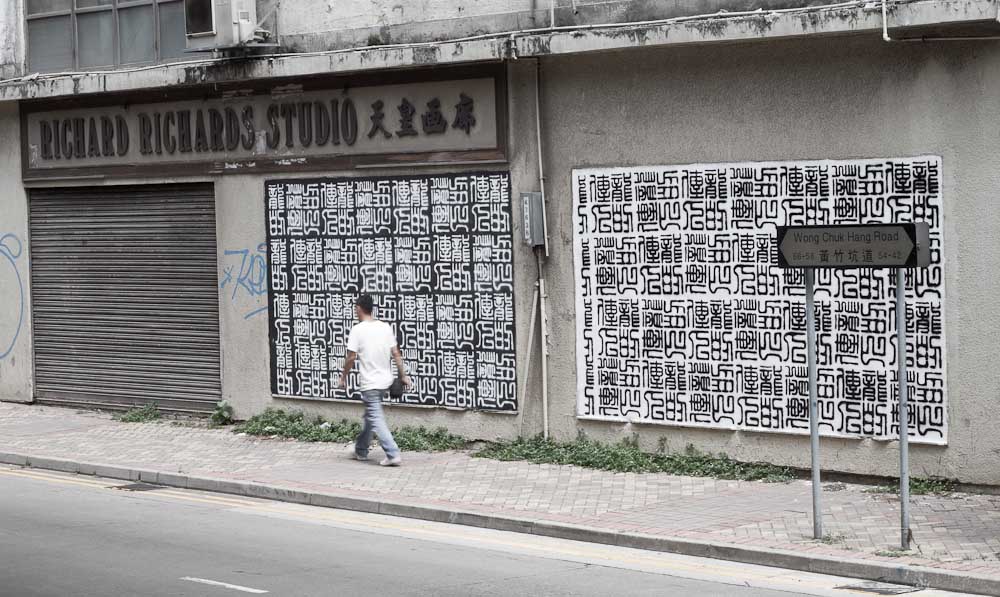 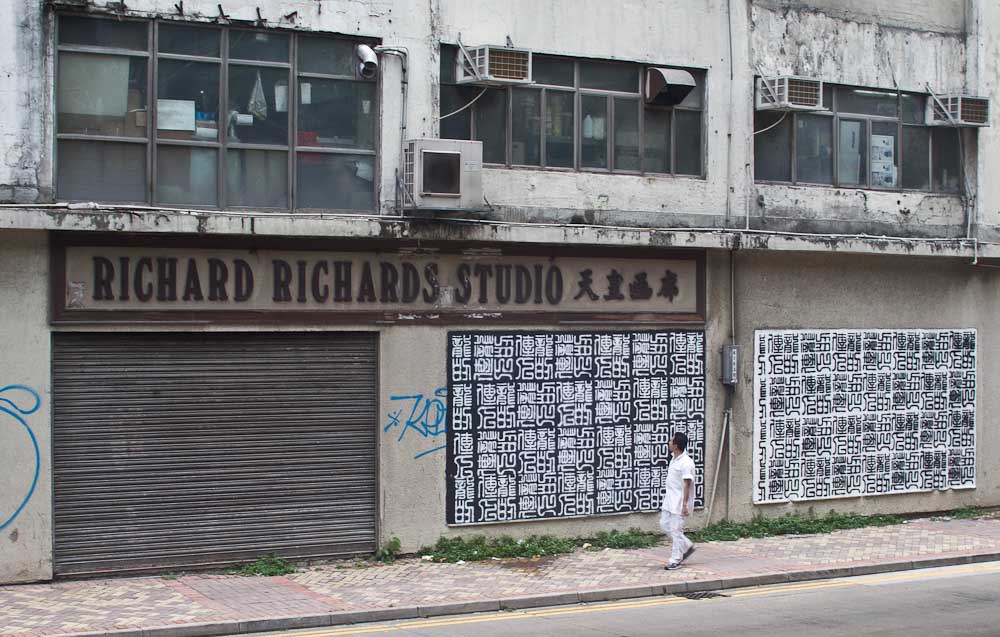 Phil Akashi is a Belgian-born Hong Kong based artist. He reinvents the traditional use of Asian seals working in a broad range of media.

Or visit the artist link here.