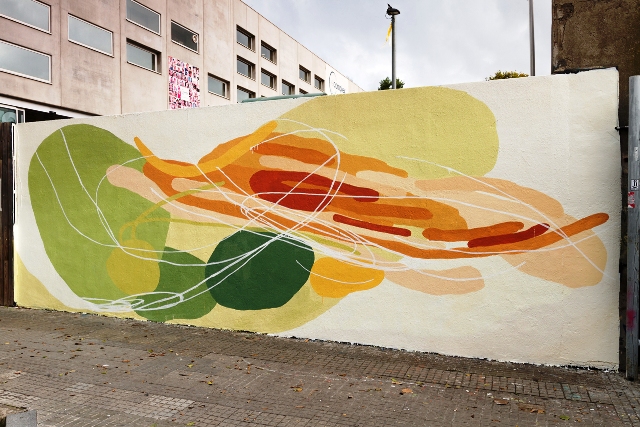 The Project 12+1 has expanded its field this Autumn thanks to two incorporations to the already consolidated walls in L’Hospitalet de Llobregat and Sant Feliu de Llobregat: Barcelona and Sant Vicenç dels Horts are now also a part of this network of artistic walls. 12+1’s interventions are ephemeral, the walls get transformed each month: 12 artists, 12 months, one just wall. In addition, at the end of each 12+1 edition an exhibition is organised in each town to show the pictures of all the murals and different objects related to the working processes and the artists’ technics.

All this is an initiative of Contorno Urbano foundation, which tries to approach urban art to people, breaking with the stereotypes and prejudices there are around this artistic expression. Throughout the year there’s a large variety of artists, disciplines and techniques that can be found on the walls. This November has been full of art, beginning and ending the murals in the four towns and inaugurating the latest 12+1, the one in Sant Vicenç dels Horts. 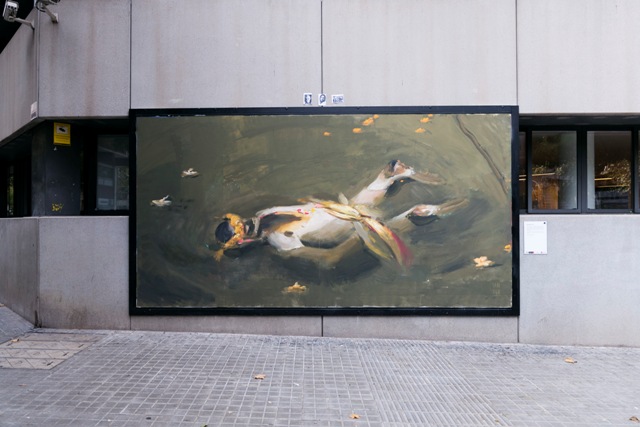 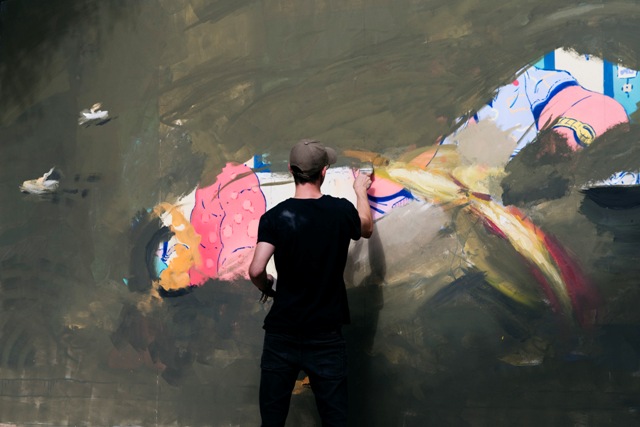 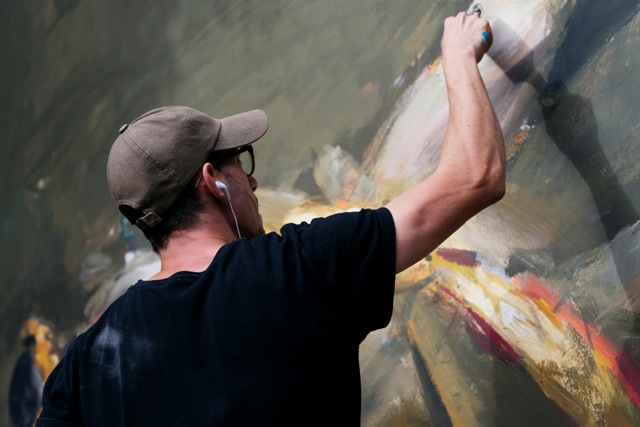 The artwork: Sacred waters | पवित्र पानी
Ivan Floro’s idea came from a concept it was proposed to him, trying to relate its work to the activities and festivities that take place in Centre Cívic Cotxeres Borrell. Considering this was the month of the Diwali, the Hindu lights festival, Floro created Sacred waters inspired on Hindu festivities. As his mural was going to last just one month, he wanted to create something risky. On his own words, “I thought about the clash of cultures there is between East and West, how they understand life and death. We celebrate some of their rituals, but we could be shocked buy some others”. He also talks about the judgement we make about other cultures, “I think beauty is subjective when it’s seen through painting, and it becomes a tool that allows me to present a reality that we’re used to judging”.

The artist
Ivan Floro paints since he was a kid. He began to paint with sprays in abandoned factories and next to streams, but he felt limited on his knowledge, therefore he decided to come closer to an academic point of view, learning online from real masters. His current work is far from focusing exclusively on pictorial production and close to observing the process and the comprehension of one self as a creator. 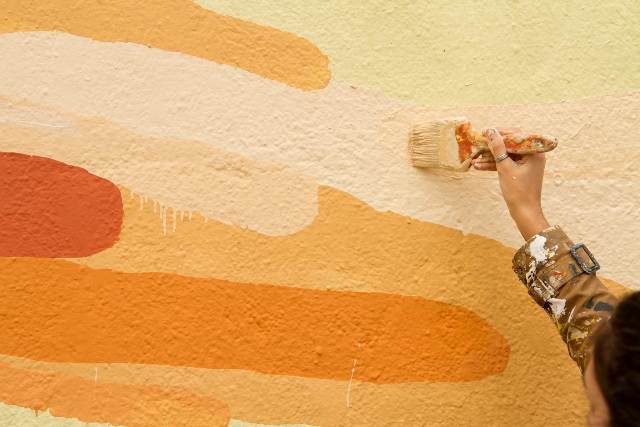 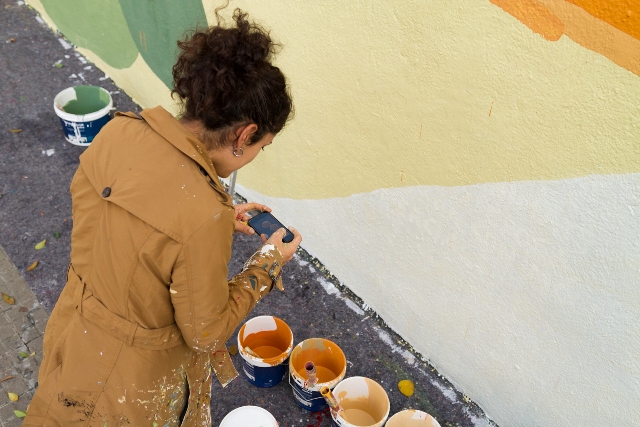 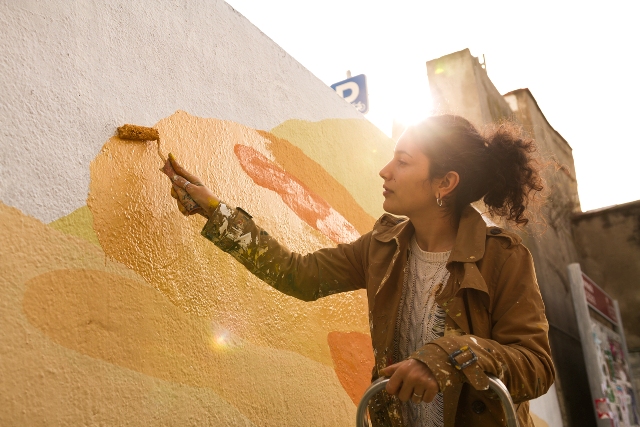 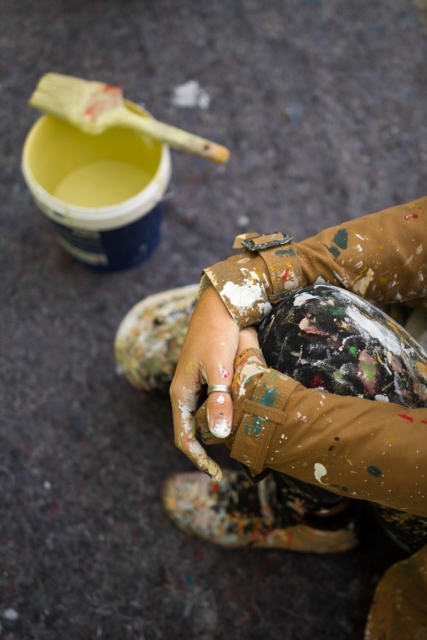 The artwork: Sobrenatural
In this artwork, nature and its forces are represented. The artist found the inspiration to create it after a rough weather devastated a whole forest, destroying thousands of trees.

Nulo believes nature is a balance between dynamic and static forces. The dynamic one is the wind, with the ability of moulding mountains, transforming landscapes and directing the water through the land. The static force is composed by the trees’ roots, which come out from under the pavement and break walls to find their place; the hills, the mountains, the stones. They don’t give up, they don’t fall, they don’t let the wind win. Energy versus resistance. None of them can live without the other. Two equal forces that, at the same time, are completely different.

The artist:
Lucia Pintos, aka Nulo, was born in Montevideo, Uruguay, in 1989. In 2010 she began to study at the National School of Fine Arts. Nevertheless, she changed her mind after a year and took a self-taught way. In 2014 she joined Casa Wang, a collective of local, independent artists, where she organised workshops and exhibitions.

Nulo has specialised in plastic arts and muralism. Her work is impersonal and free and can be found above all in Uruguay, Brazil and Italy, where her study currently is.