The work of the artist, designer and photographer from Girona, Octavi Serra, focuses on capturing the irony, truisms and frustrations of modern life. Optical illusions and waste products are presented in public spaces and then photographed as part of an attractive philosophical series. The work of the Spanish artist is a sign of our times and a reaction to dissatisfaction with the current social landscape. Serra builds conceptual facilities that make fun of today’s culture and seriously question the status quo: each image portrays a message about some kind of sociopolitical problem. Whether surveillance, greed, corruption, environmental destruction, selfishness, technology … 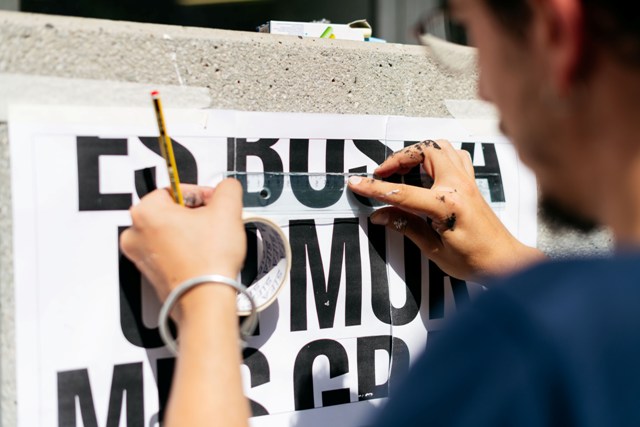 Insufficient is the title of this work. In an explicit way and playing typographically with support, we want to represent greed and constant dissatisfaction with the circumstances of each moment. This feeling of never being completely satisfied even though the reason argues that we should be. This desire to always have more, which make the road impossible to enjoy. 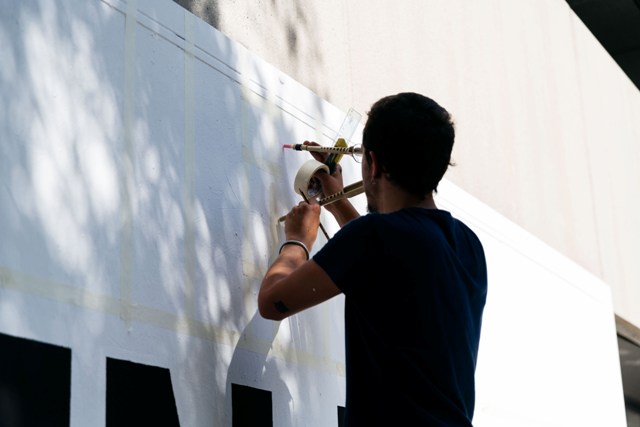 The mural is part of the 12 + 1 project in Barcelona, this, the eleventh mural brings us closer to the final stretch of the first edition of the project in Barcelona. It will be available in the Eixample district until September 12. In the Civic Center Cotxeres Borrell. 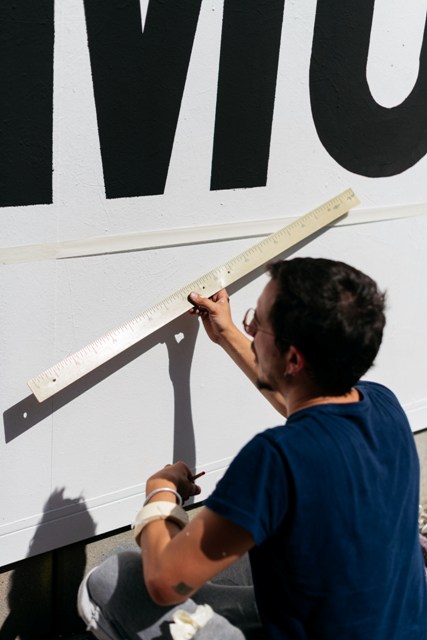 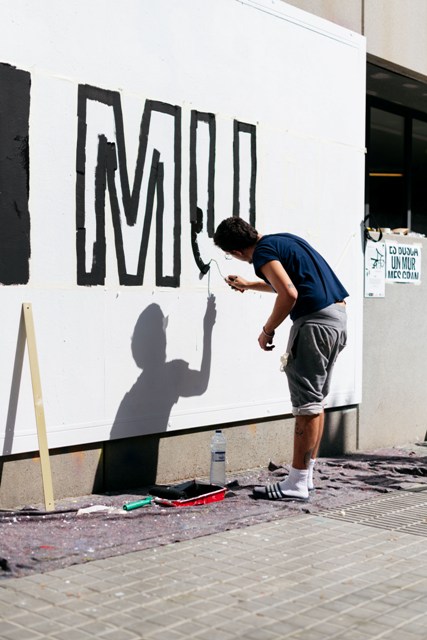 The mural is part of the 12 + 1 project of Barcelona, this, the last mural of the first edition of the project in Barcelona. In the Civic Center Cotxeres Borrell. This concludes this edition, but not before creating a meeting space for all these artists in a collective exhibition where we will have works by all the artists who have participated in the edition of the 12 + 1 2019 Barcelona project. “Contemporary urban art show at the Cotxeres Borrell civic center” will feature artists: Jay Visual, Ivan Floro, Margalef, Anna Taratiel, Nuria Toll, Flavita Banana, Cristina Lina, Degon, Mr. Sis, Cristina Daura, Laia and Octavi Serra.