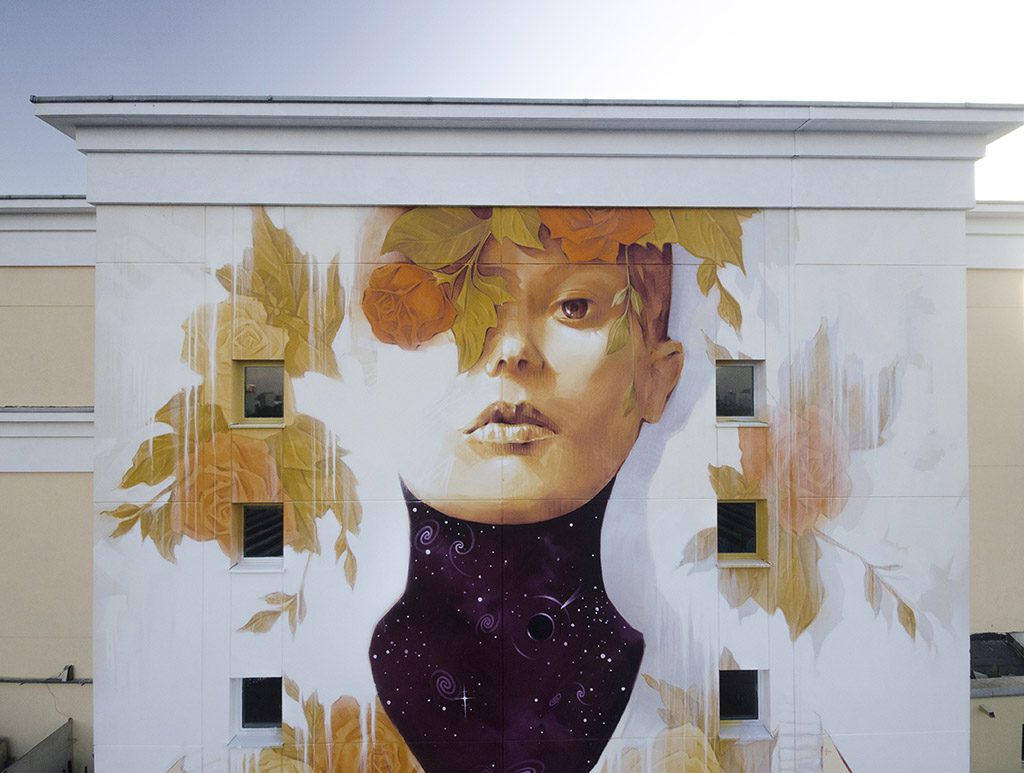 “РАБОТНИЦА”(Worker Woman) is the title of this majestic wall recently made by acclaimed street artist INTI. The mural was made to honour Nameless heroines covering a massive facade of a building in the center of Moscow.

This new mural by INTI, alludes to the important role that women have played in the great social changes of the 20th century. The mural is one of several that are part of the “Artrium” project, which has managed to subtract advertising space in exchange for murals in the center of Moscow. 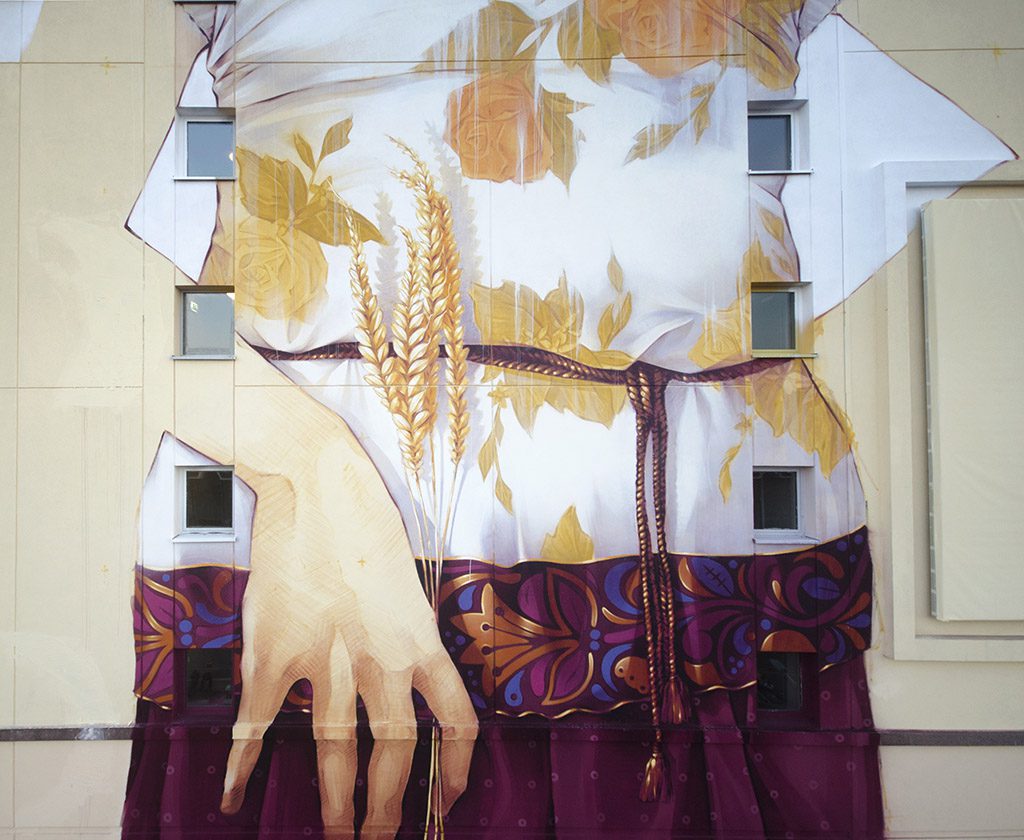 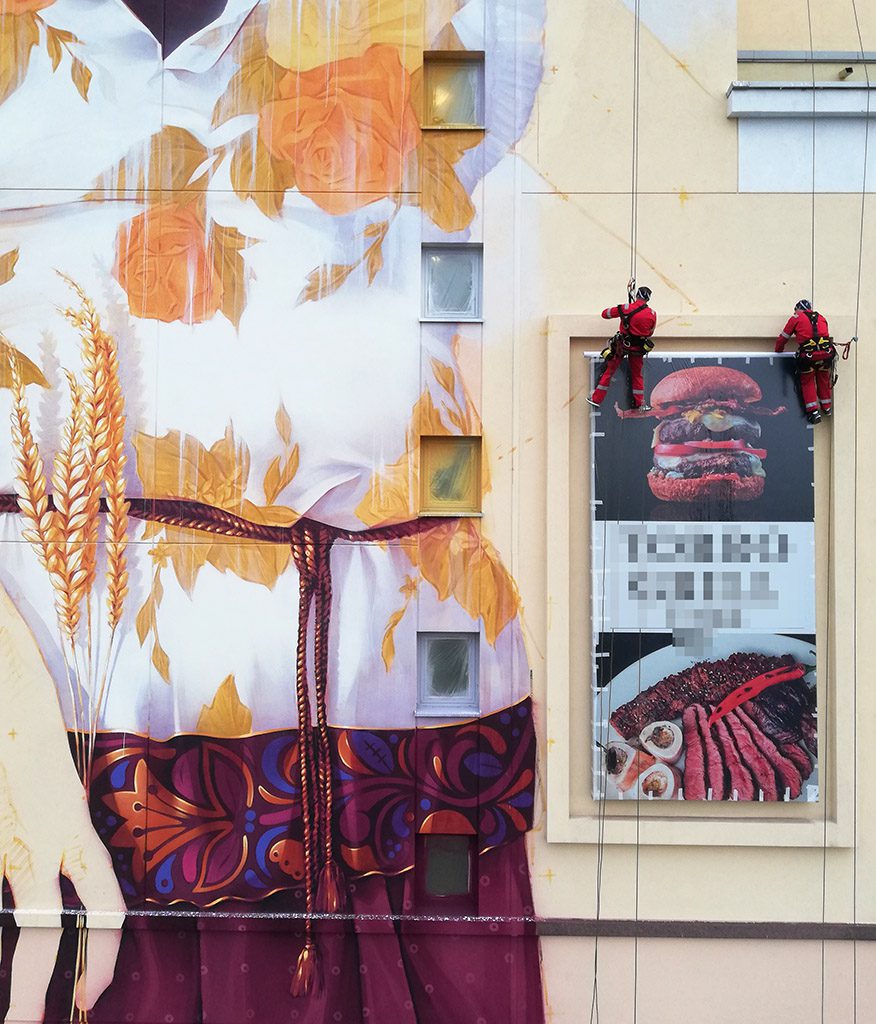 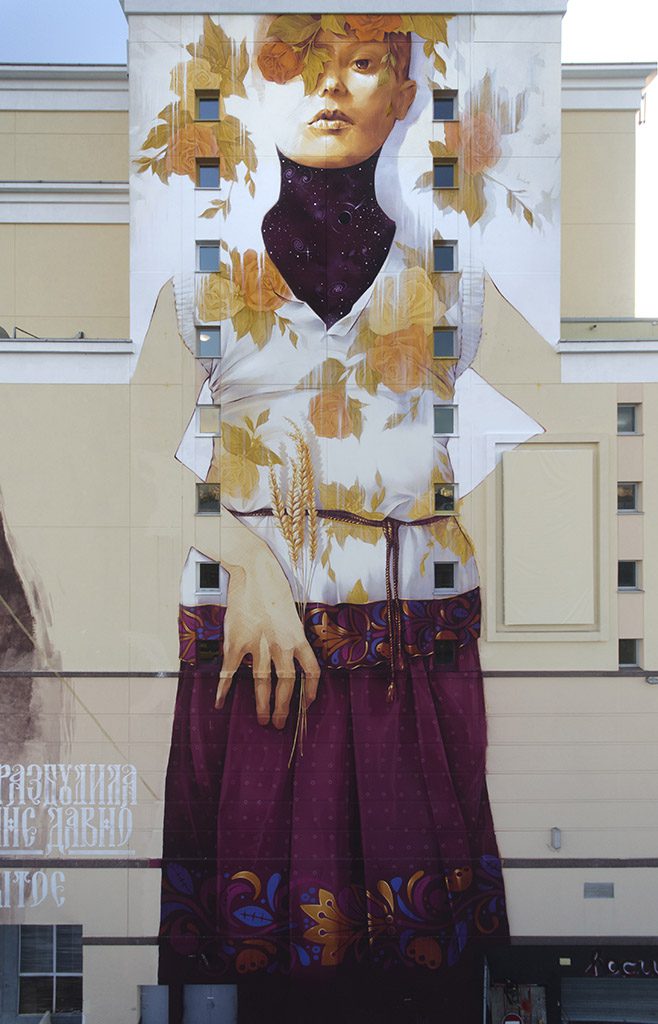