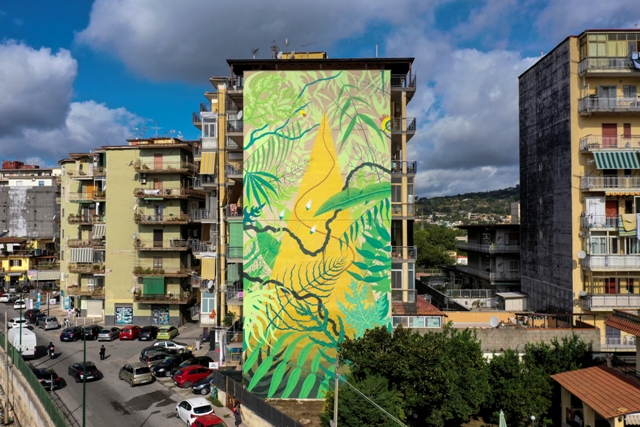 The Path by Gola Hundun has been inspired by Enrico and Salvatore, two young boys from Naples who took part to the Xenia workshops. The Italian painter and visual artist, chose the sketch among many others because of its inner meaning, which seemed very close to Gola’s research. The path is represented as a thin red line, as the pathway every man should walk to reach the Knowledge shown as a golden mountain. Beside each single man there’s nature, seen as an obstacle, but is actually part of himself. A rich variety of vegetation dominates the lower part of the wall, creating a multi-layer prospective effect.

What is very interesting is also the chromatic scale and the way the artist uses it: simple, elementary colors, to let the pure shape of the elements to come out on a very neutral background. Gold means divine value of the nature and so the mountain becomes a golden idol in the middle of the jungle of life. The contrast between the golden mountain and the cold tones of the leaves emphazises the allegorical message beyond it. 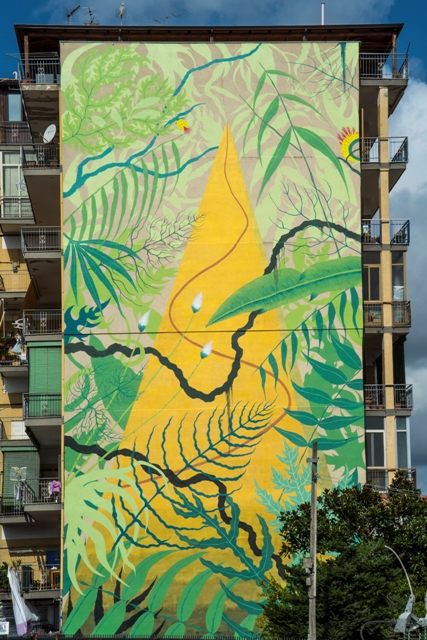 You can notice the same contrast is also coherent in the shapes used by the artist: pure for the mountain, reach of details for vegetale elements. The last step of Gola’s research focus’ on simple colors and shapes in order to a obtain a better visual relationship between the artpiece and its urban context. It is easy to read an unconscious reference to the “Vesuvio” which dominates the territory. It is less easy to sensitize people to the respect of the Nature in a place mostly tapped in the last few decades. 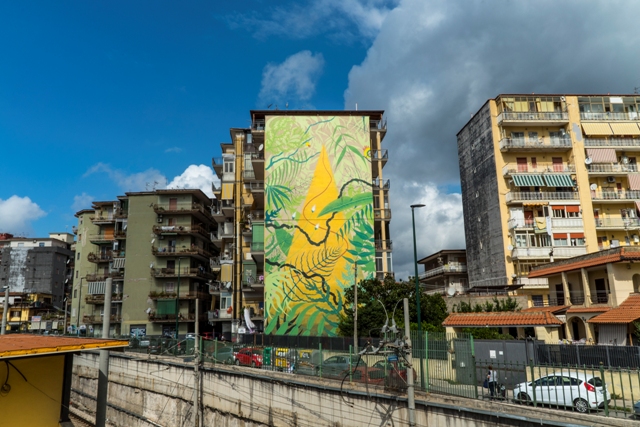