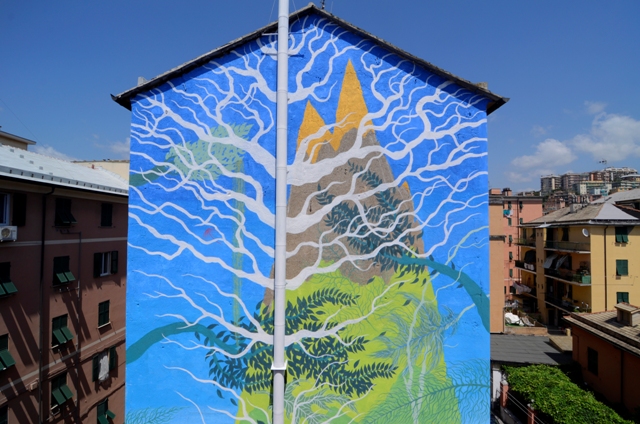 An artwork to give a brand new identity to the district of Morandi Bridge, Gola Hundun takes part in “On the wall” in the Certosa district.

The new mural by Gola Hundun is titled “THE ANCIENT WAY OF THE NEW CIRCLE”, recently made in Genoa taking part in the “On the Wall” project, curated by Genoa City Hall and Linkinart. 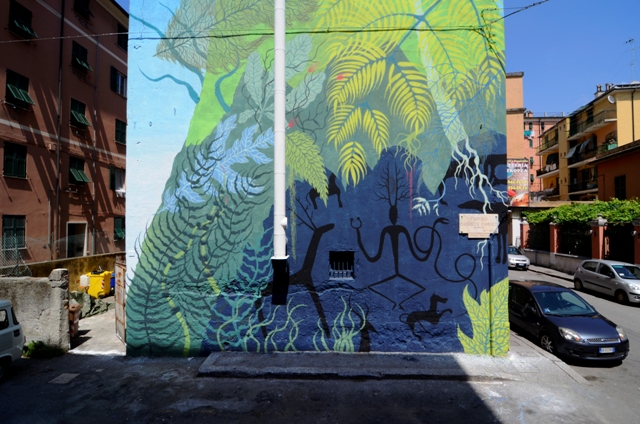 The piece is part of a bigger system of murals, painted by ten international urban artists, aiming to give a new identity to the Certosa district – sadly famous for being the block involved in the Morandi Bridge tragedy.

Amongst the others, Gola’s intervention with The Ancient Way of The New Circle invites people to go back to a circular system, which is peculiar in Nature, that includes a following stop of an anthropocentric approach – which brings more and more negative consequences to humanity itself. 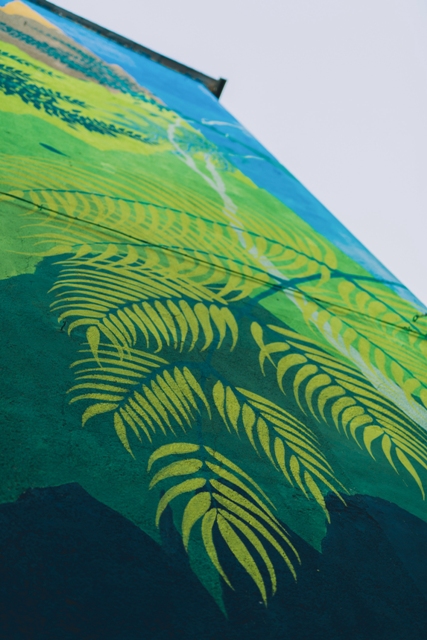 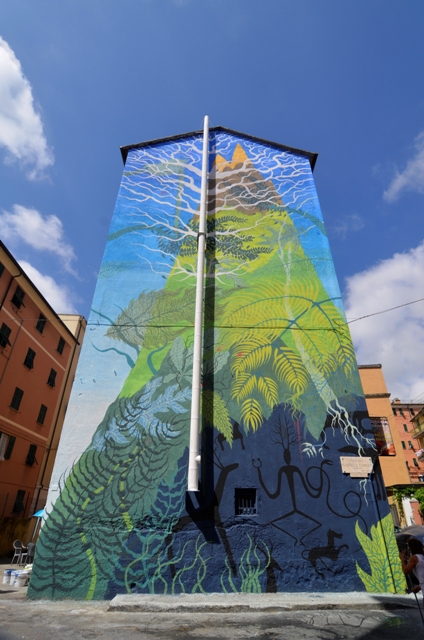 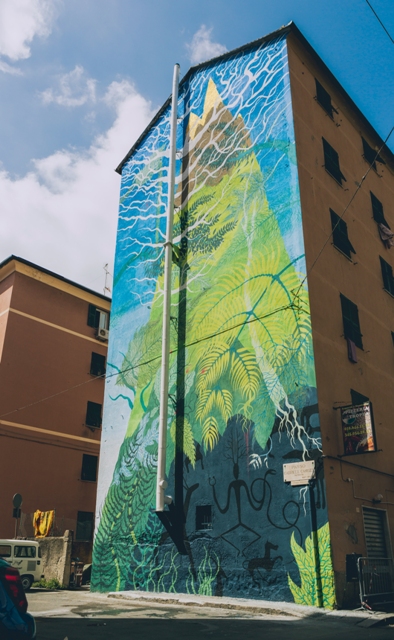 The main character of the wall is Cernunnos – a mythological creature belonging to the Celtic culture, a symbol of fertility, abundance, manhood and wild nature – painted in the lower part of the wall, highly visible by pedestrians.

In the upper part, you can see a golden mountain, which represents a symbolic destination, the dream of a reached balance of the world.

Although based on a vertical structure, even more emphasized by the mountain and the tree of life, the artwork should be read according to a circular scheme: from the bottom till the top and back, following its own circularity. 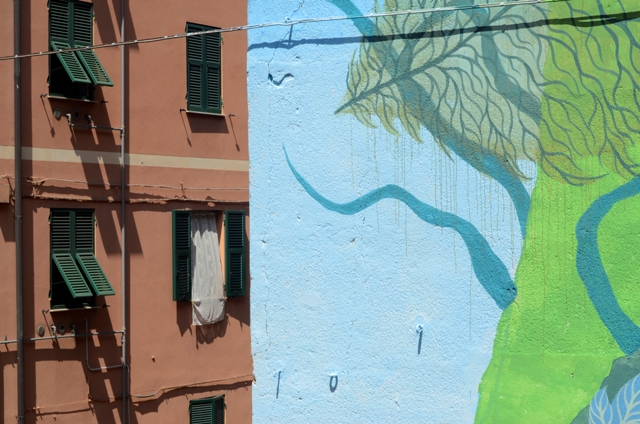 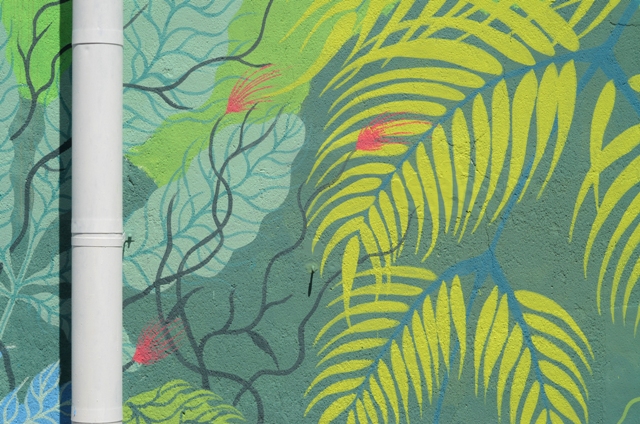 In the composition you can easily recognize phytomorphic elements as Gola use to do in his pieces. Also adding some three-dimensional elements (see tree of life) is a usual occurrence in Gola’s poetry.

The colours are vibrant, bright and full. Gradients are essential. Thanks to the blues and greens in their cold tones, Gola’s artwork excels over the red and yellow buildings of its surrounding, pointing out the supremacy of nature over the human utilitarian system. 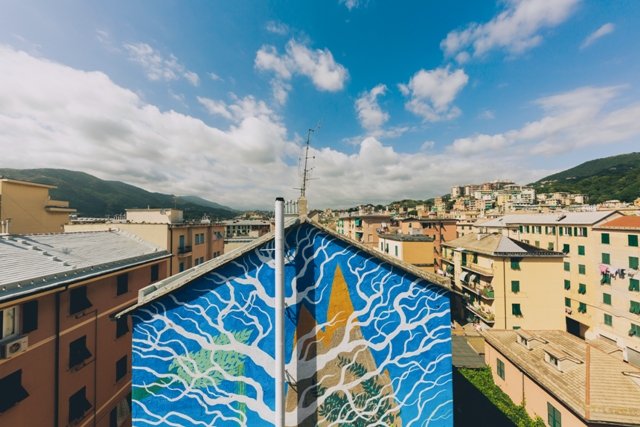 ON THE WALL  is a project by Genoa City Hall in partnership with Linkinart, with the aim of changing the output of a part of the city marked by Morandi Bridge fall down. A collective path towards the potentiality of Certosa district.