“Dung Beetle” is the latest mural created by French duo Murmure Street for the Point de Vue Festival in Bayonne organized by SpaceJunk Bayonne. This monumental mural is part of their “Garb-age” series

which is based on dreamlike and poetic twists of the garbage bag.This object, symbol of our era and our consumerist civilization, that invades our daily life and the environment. 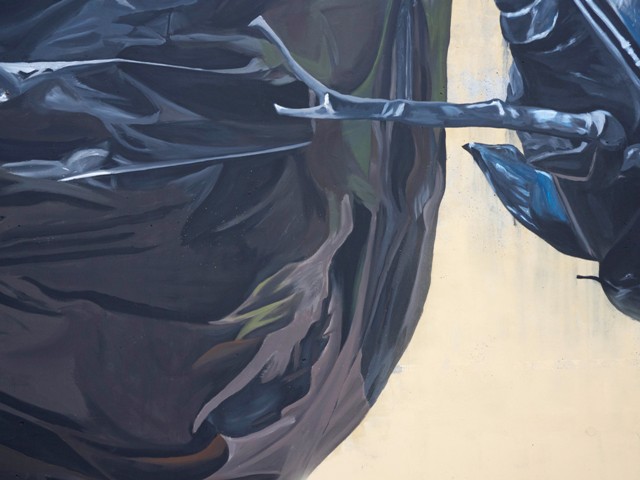 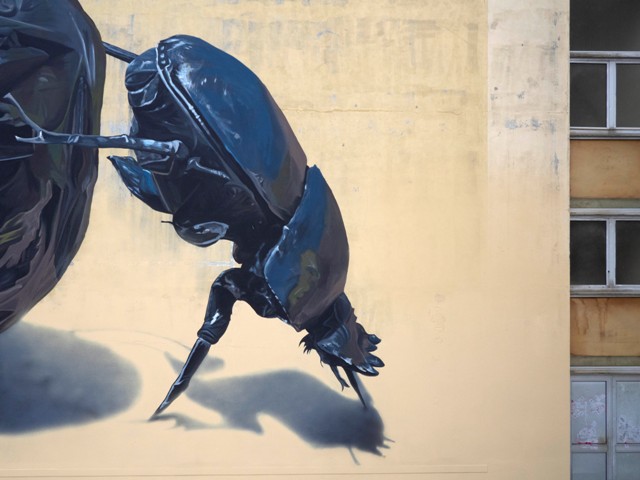 This work features a dung beetle, a coprophagous insect that is essential to the ecosystem because of its ability to recycle feces, thus contributing to good soil fertility. The excrements are replaced here by a garbage bag, which reduced to the scale of the insect, becomes an allegory of the overconsumption and proliferation of waste ever more important in our environment. 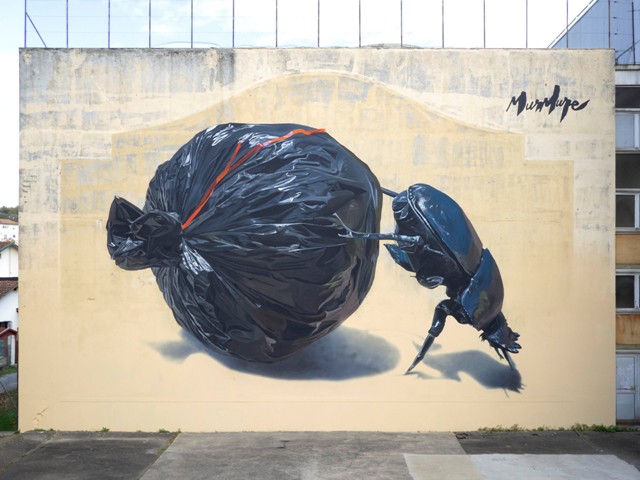 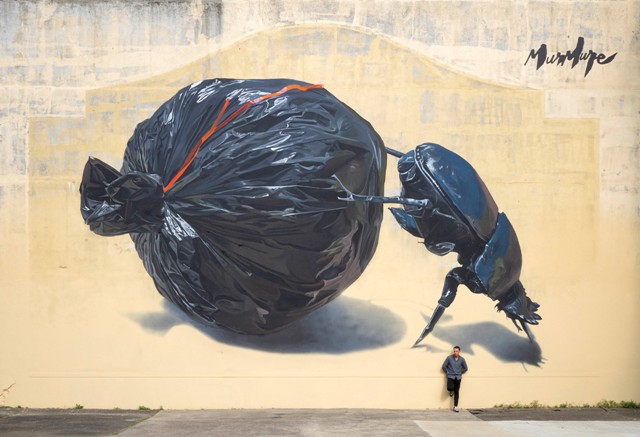 Through the representation of this insect and its unknown importance to the general public, the work questions the importance of recycling plastic waste. But above all on the tendency of developed countries to shift the problem to developing countries which are not equipped to cope with such an influx of waste. This contributing to the emergence of illegal, unregulated and extremely polluting treatment solutions (open incineration, illegal dumps, etc.) which impact the environment of these countries and their future generations. One of the many ecological issues which our societies seem deliberately blind to, seeming to hope that nature will solve the problem for itself. 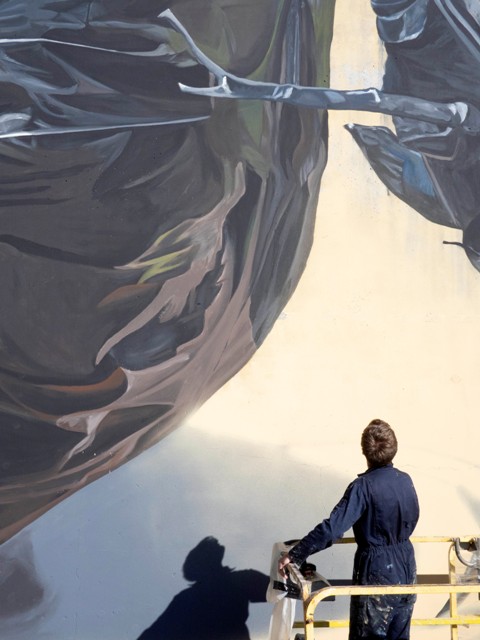 This mural was painted with acrylic and brush on a Basque pelota playground, intentionally in a very realistic render from a distance, and as you approach you can see the brushstrokes and the color work. Rather than painting the entire wall and removing its natural beauty, Murmure decided to play with a color gradient for the background that merges with the original tones of the wall. Bringing depth to the work by detaching it from its support through a subtle play of shadows, thus reinforcing the realism sought by artists while preserving this symbol of Basque culture and heritage. The wall is thus reflected both on the trash bag but specially on the shell of the insect giving an impression of movement to the work.