As part of the ongoing effort to curb anti-Asian hate and raise awareness about the history of the Asian-American Diaspora, Lauren has painted this homage to Asian resilience in Chinatown, LA. Painting this piece was also an initiative at which the artist was selling posters of the same image, printed and donated by Static Medium, to raise funds for Lauren’s microgrant program: SquidTropica which raises funds for queer BIPOC artists, initiated with their partner, Polartopica. We have, since launching the Stop Asian Hate Crimes image, been able to redistribute funds to various queer AAPI artists who are also currently making work confronting anti-Asian rhetoric.

The mural depicts two Asiatic tigers buffering an offering of fruit and candles to light ancestral pathways. The Georgia Peach pays homage to the victims lost in Georgia. Visitors at the Mural unveiling event brought offerings of fruit, bread, rice, flowers, and letters of love and support for the families of those lost. 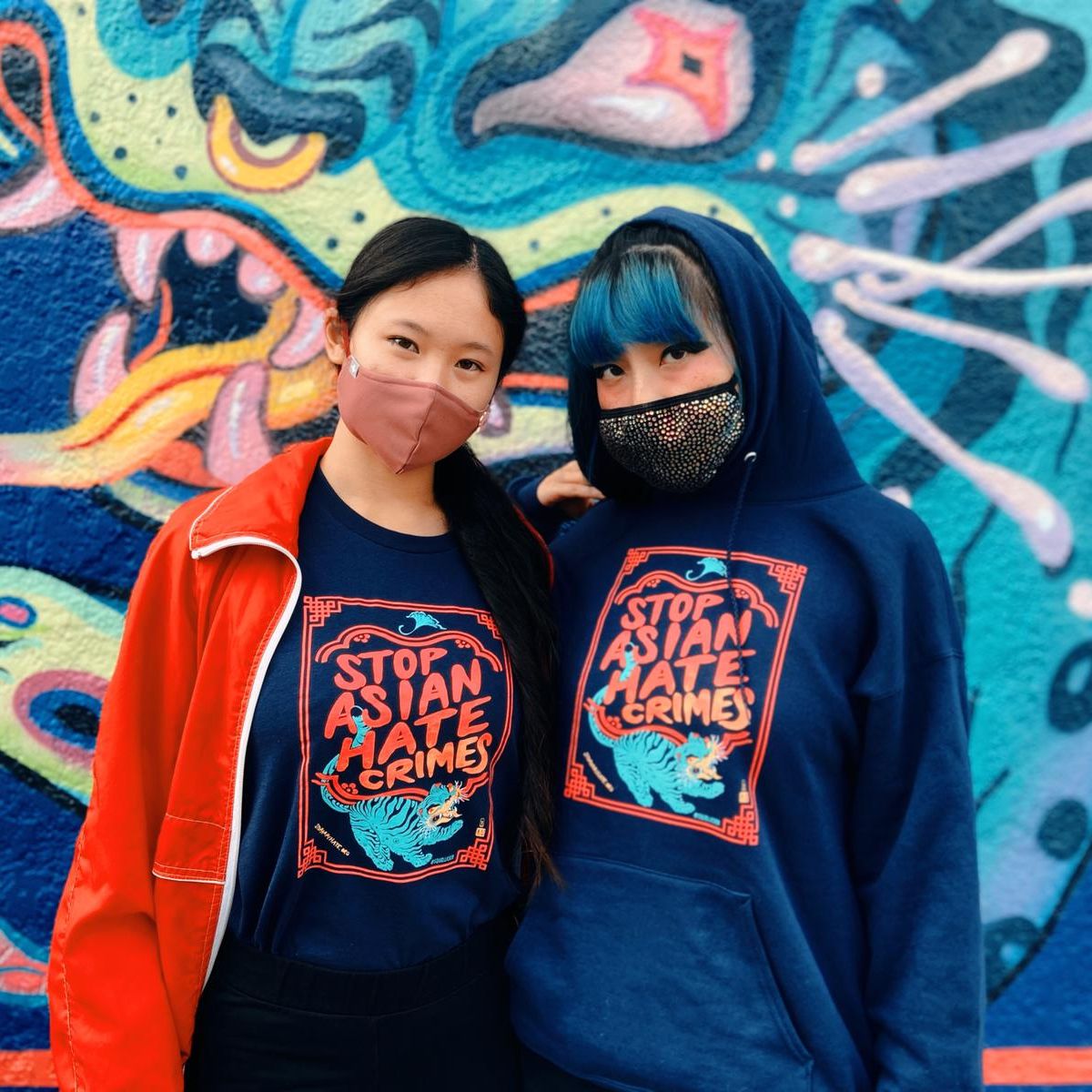 Lauren YS is a Los Angeles-based artist whose work is influenced by multiple stages of focus, both geographically and in practice. With dynamic bouts in academics, literature and writing, teaching, illustration, and animation leading up to their arrival in the urban art sphere, the influences of these phases of their own career add up to a robust style of murals and fine art.

Lauren has completed a residency and solo show at Nychos’ Rabbit Eye Movement studio in Vienna, and has since shown work and live-painted at various international art festivals and institutions. Festivals include Art Basel Miami, Pow!Wow! Hawaii, PangeaSeed SeaWalls (New Zealand), Pow!Wow! Long Beach, Wallskar Festival China. Outdoor and indoor mural locations include the Long Beach Museum of Art and the World Trade Center in New York. They have shown work in galleries nationwide and in International cities including Vienna, New York, London, Tokyo and Melbourne. 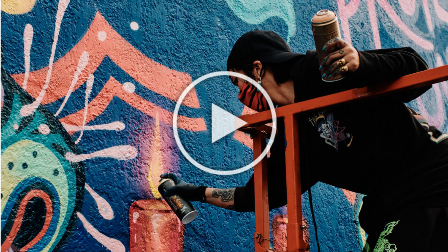