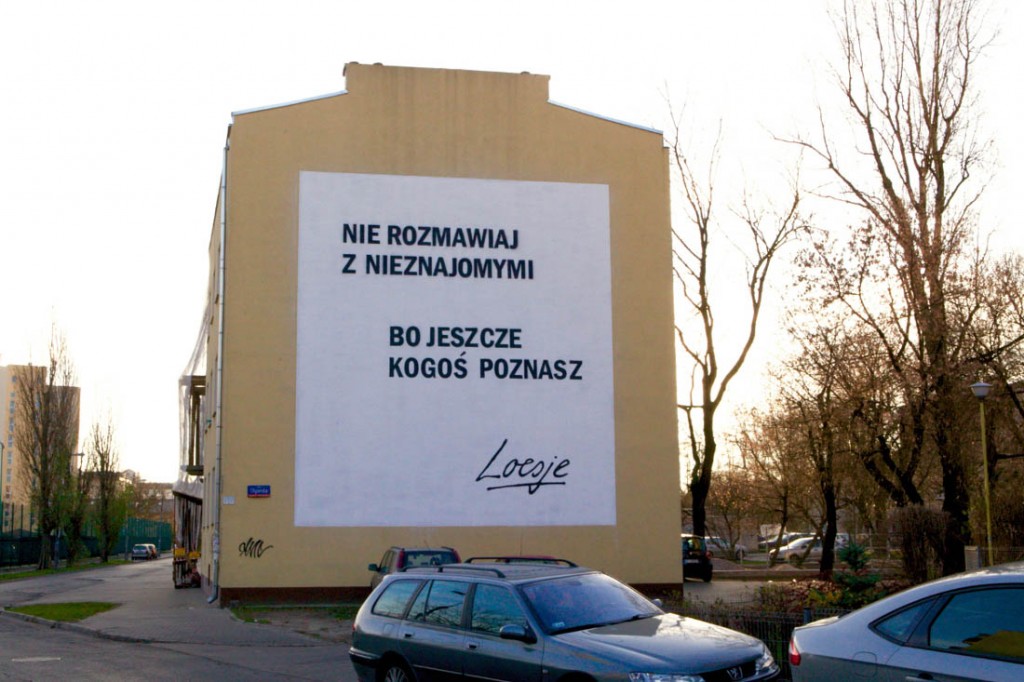 Loesje and her friends from V9 street art collective created two more murals in Warsaw in autumn, 2015.  The big-size paintings keep the minimalistic style of Loesje posters: simple letters are painted on a white background. This approach emphasises that it’s the text and its meaning what is the most valuable aspect of the Loesje poster, and not a colourful form. Both new murals are located in two districts on the right side of the Vistula river.

Which roughly translates as: Don’t talk to strangers / because you might befriend someone 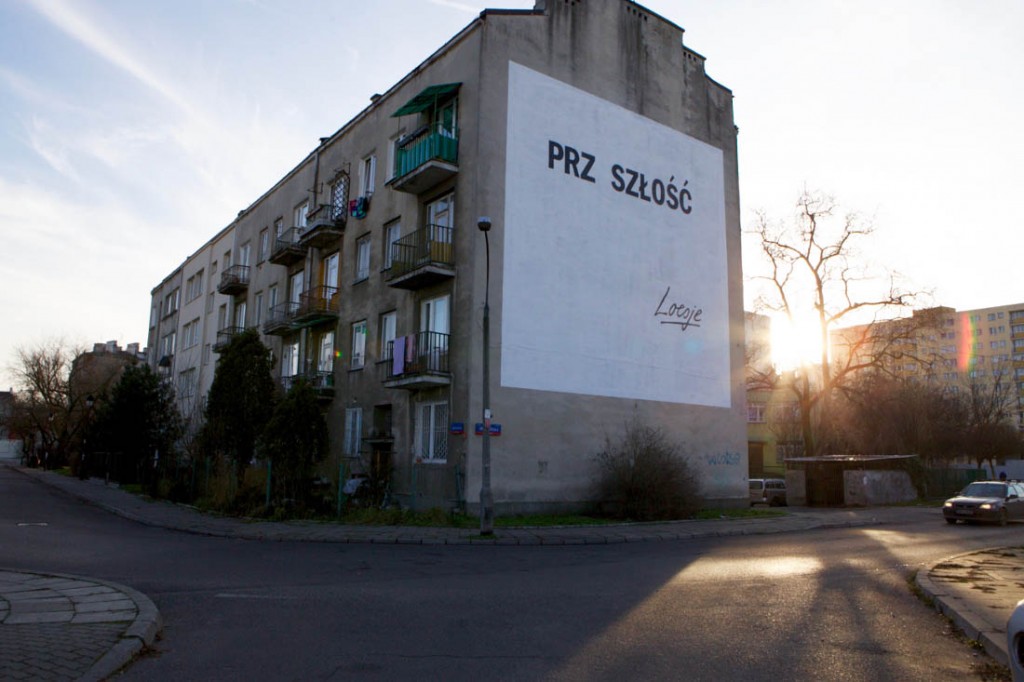 Which is hard t to translate into English – but the literal meaning can be explained as “The difference between the past and the future is just one letter” – since “Przyszłość” is “Future” and “Przeszłość” is “Past”. Thus the Polish text has the blank space that lets the reader decide.
Less literally, the text can be read as “There’s very little difference between the past and the future”
These two murals are not the only Loesje texts that found their place on Warsaw’s walls.

The first big-size mural was created back in 2011, also in Praga Polnoc district. It’s located on 38 Stalowa Street and too keeps black and white style of Loesje posters.

It says “Im dłużej czekasz na przyszłość / tym będzie krótsza” which is Polish translation of the international poster “The longer you wait for the future / the shorter it will be“.

There are also a few smaller murals with Loesje texts.
Because of being made on smaller walls or walls in worse condition, they are just Loesje texts put directly on the walls, with black or white letters.

LOESJE [‘luʃə]
Loesje was born in Arnhem in Holland, in 1983.
Loesje is a group of people active all around the world and at the same time, Loesje is a character, through whom those people want to inspire others.
Although Loesje is still most recognised in Holland and first of all in her home town Arnehm, her ideas were spread all around the world. Since 1994, Loesje International has supported actions of local groups in other countries.
Nowadays, local Loesje groups are active in many countries. They organise creative text writing workshops, write new Loesje texts which are later spread as posters, postcards, stickers, murals.

Loesje’s aim is to encourage people to think creatively and realise they are able to influence the surrounding world. Loesje texts are not about telling people what they should think or do. The purpose is to inspire people to reflect and to be creative.

More pictures of the murals