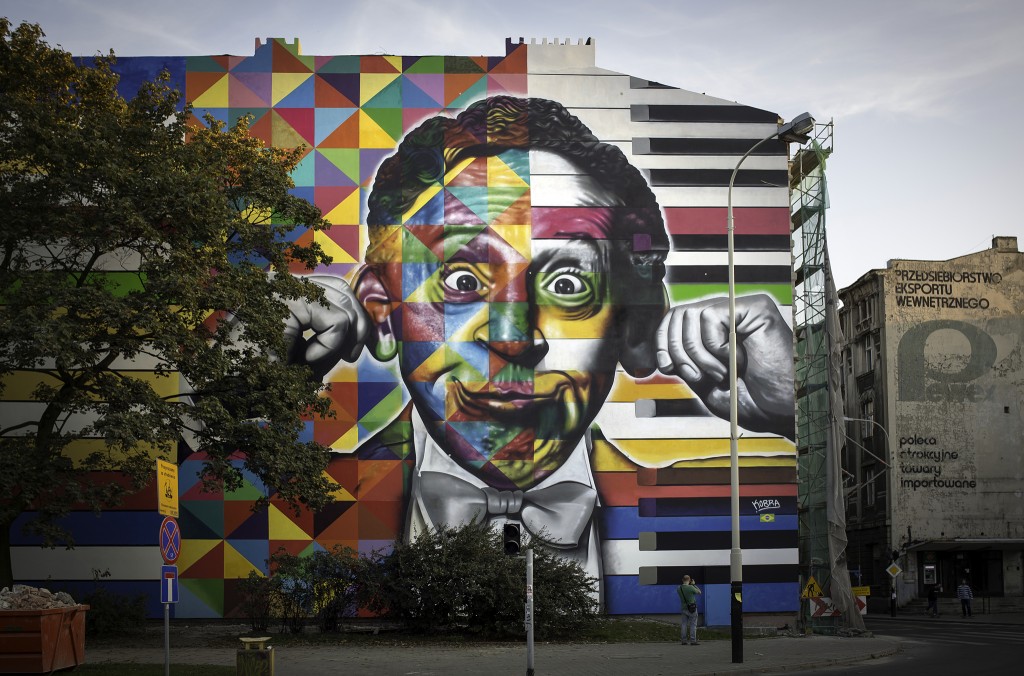 New piece by EDUARDO KOBRA (Brazil) that he made in Lodz for the Galeria Urban Forms project in Lodz. This stunning wall is a tribute to Arthur Rubinstein. It is the 32nd piece in the whole project. Soon Soon more wall will be painted during the upcoming IVth edition of the festival. 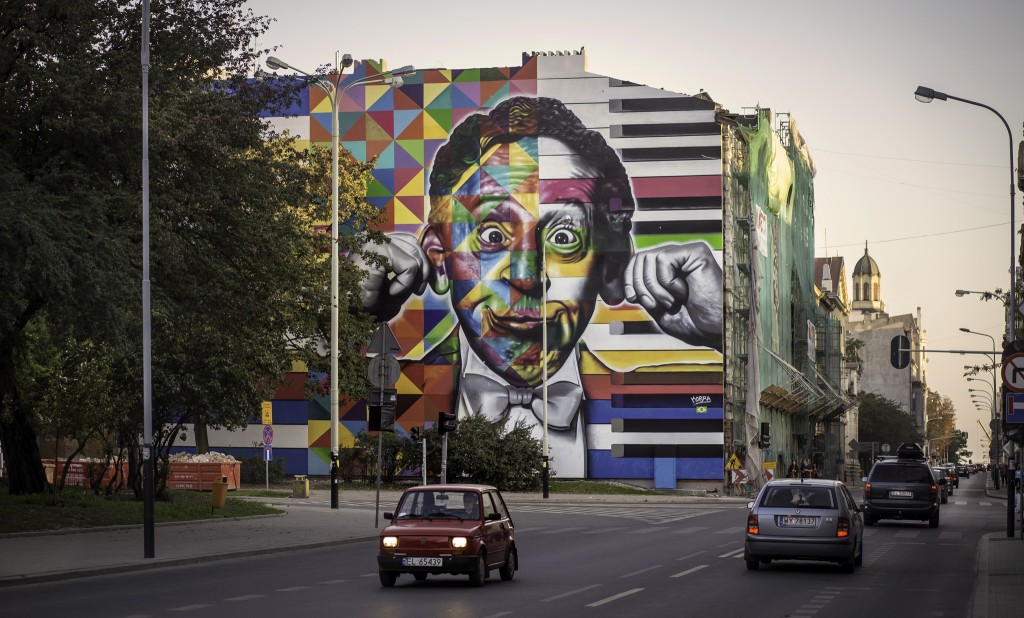 Urban Forms Foundation was created in 2009. It  focuses on a broadly defined city culture and on organizing, promoting and supporting independent artists’ initiatives in a public space. They want to change city space by raising its quality and aesthetics. We find artistic activities as important tools in education and social revitalization.

Urban Forms Gallery is the main project of the foundation. It is a permanent street art exhibition in a public space in Lodz. As for now, it consists of over 30 large format paintings, murals, created directly on the side wall elevations of buildings placed in the city centre.