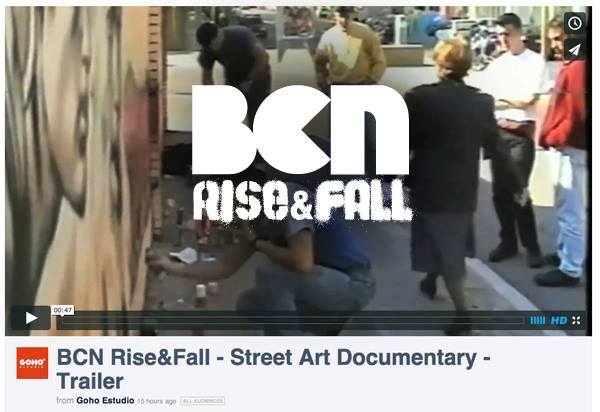 The documentary, BCN RISE&FALL, traces a journey from the beginnings of  street art movement in Barcelona until now, emphasizing how one of the most important scenes in the world of street art was created.

The film tells the story about the love and hate relationship Barcelona has with the graffiti and street art, throughout the testimony of the city itself and its most important artists and rulers who participated in this historical moment.

The artistic cast of the film includes the participation of some of the most internationally representative figures of street art scene of Barcelona; artists like Sixe Paredes, Jorge Rodriguez Gerada, El Pez, Xupet Negre or Dixon tell us their experience of what happened in Barcelona.

On the other hand, the film also features the testimony of other important figures as the former mayor of Barcelona, Jordi Hereu, the President of the Institute of Urban Landscape and Quality of Life, Xavier Olivella or even Javier Mariscal.