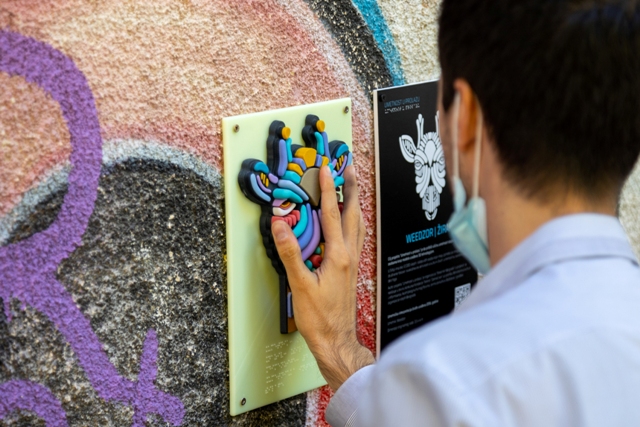 Five new 3D models of murals for blind and visually impaired people were set up in Belgrade. Whit these new models, Belgrade now has a total of eight 3D murals.

The goal of this project, led by the organization Street Art Belgrade, is to bring street art closer to blind and visually impaired people through models made using 3D printing technology that enable blind and visually impaired people to get to know the works through touch. The first two models were put up on the walls in October 2021 and they represented the works of artist Weedzor, the third model was done in April 2022 for the mural done by artists Jana Danilović and Hope. 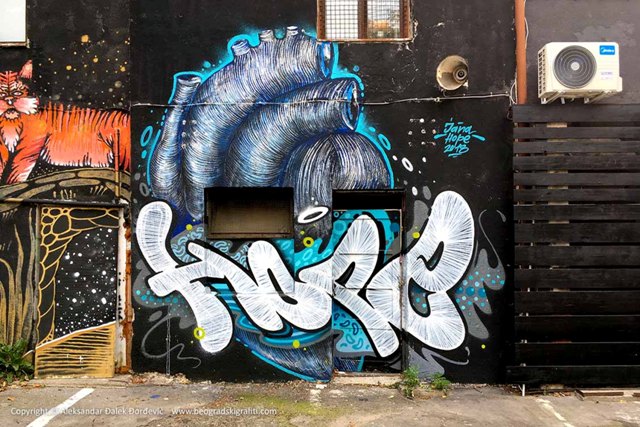 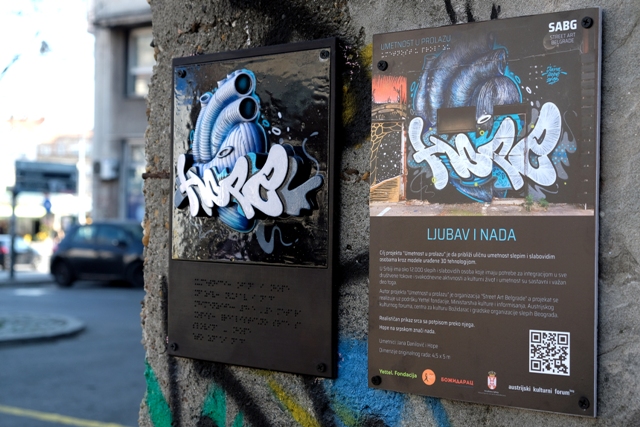 Five new models of murals were set up in May at several locations in the city center and they represent different artists and street art styles. The selection of the works considered the availability and proximity of the works to the City Organization of the Blind in Belgrade so that members could feel what it looks like to discover art on the street through a short walk. New murals selected for the 3D models are done by the well known and loved artists TKV, Piros, Junk, Rage, Lunar and Flying Fortress. Along with the 3D models there is a description of the works in Braille.

“I am glad that the artists were given the opportunity to participate in the project of bringing murals closer to blind and visually impaired people. We have been given a new position through which we have an additional motive to think about how to convey something that is visual to someone who cannot see. This is very important, especially since street art is considered to be the freest kind of art. This is a step forward towards an inclusive society and I am glad that people within the street art community have launched this initiative; it creates a space to think about how to bring art closer to everyone.” – said the artist Aleksandra Petković TKV

There are about 12,000 blind and visually impaired people in Serbia who need support in exercising their rights as well as the integration into all social flows and daily activities. Cultural life and art are an integral and important part of that. 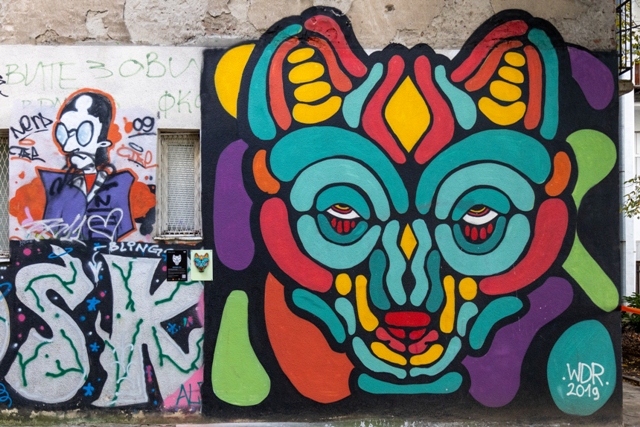 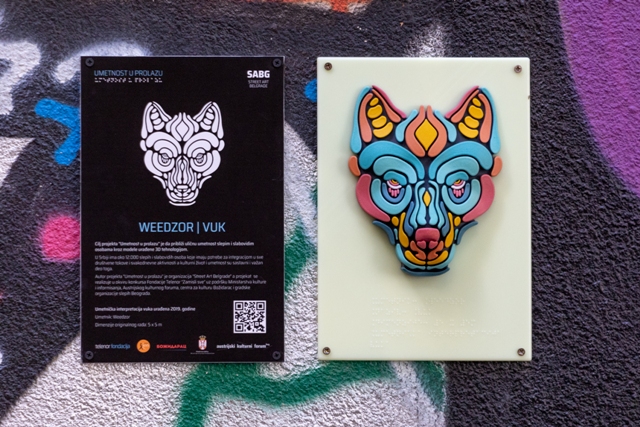 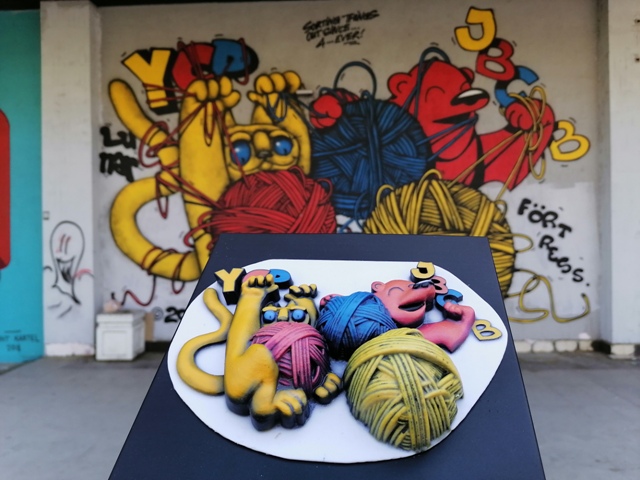 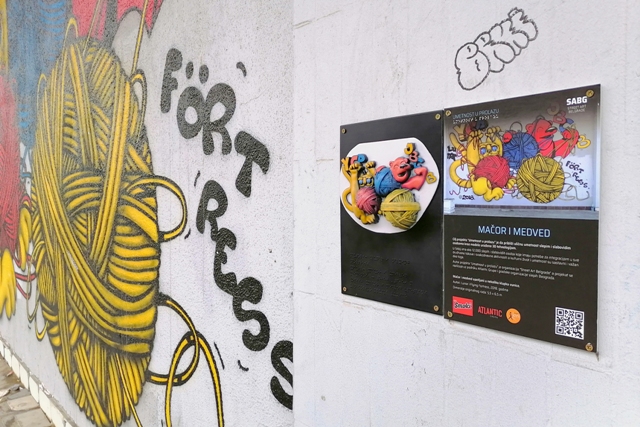 “At the beginning of this project, I did not believe that it was possible to adapt murals to the blind and visually impaired, and in less than a year we have a total of eight works available to us. Our community is small and art is still insufficiently accessible to blind and visually impaired people, the very fact that artists will now think of adapting their works to everyone means a lot to us. The models on the streets motivate our members to feel as a part of the city, to move and walk more, which is very valuable.“ – said Nikola Djordjevic, president of the City Organization of the Blind in Belgrade. 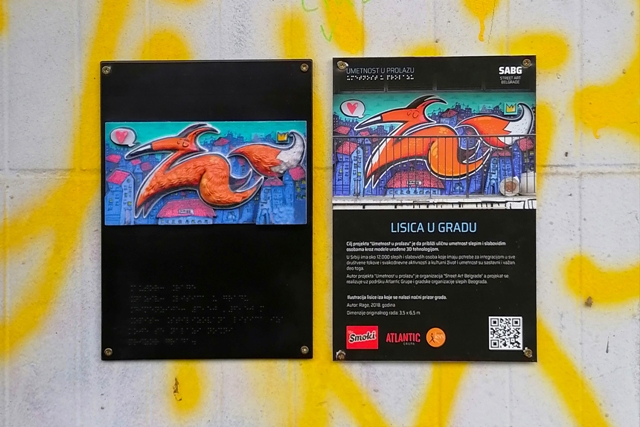 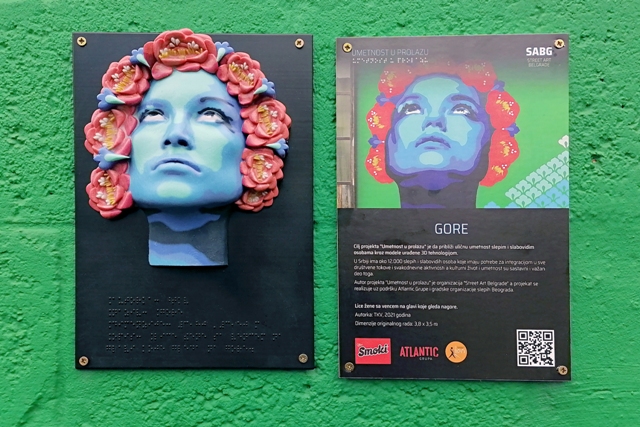 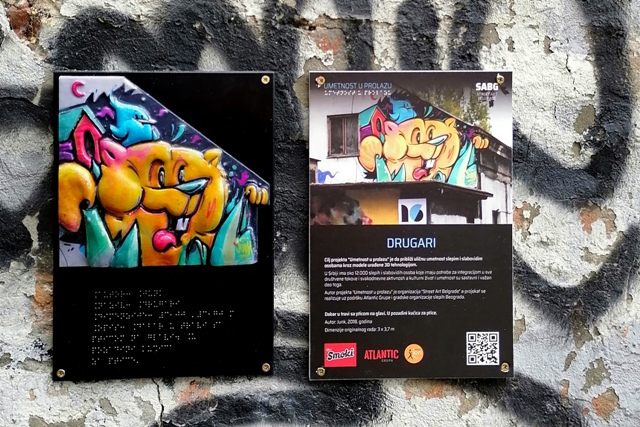 The project is supported by the City Organization of the Blind in Belgrade and the companies Yettel and Atlantic Group.