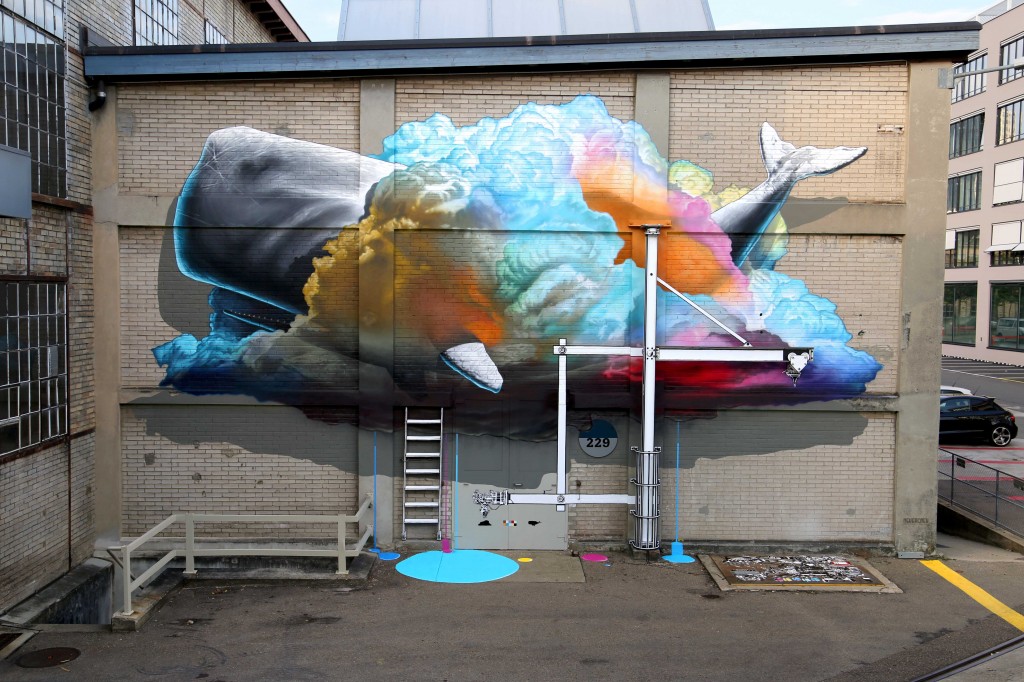 The inspiration for this painting comes at first from the context: a place, a group of
buildings that once was like a “little city”, with each part working together for the
same product. As a symbol of this past, a few mechanical elements remain on the
wall, probably still working but not used.
The metal plate and the mechanical arm become the basis for a new mechanism:
something that recalls a pantograph, that it’s usually made to change proportions of
things and that now can work on both directions.
This is the starting point from which is expressed a reflection about union and
discomposition, from where the painting comes from. 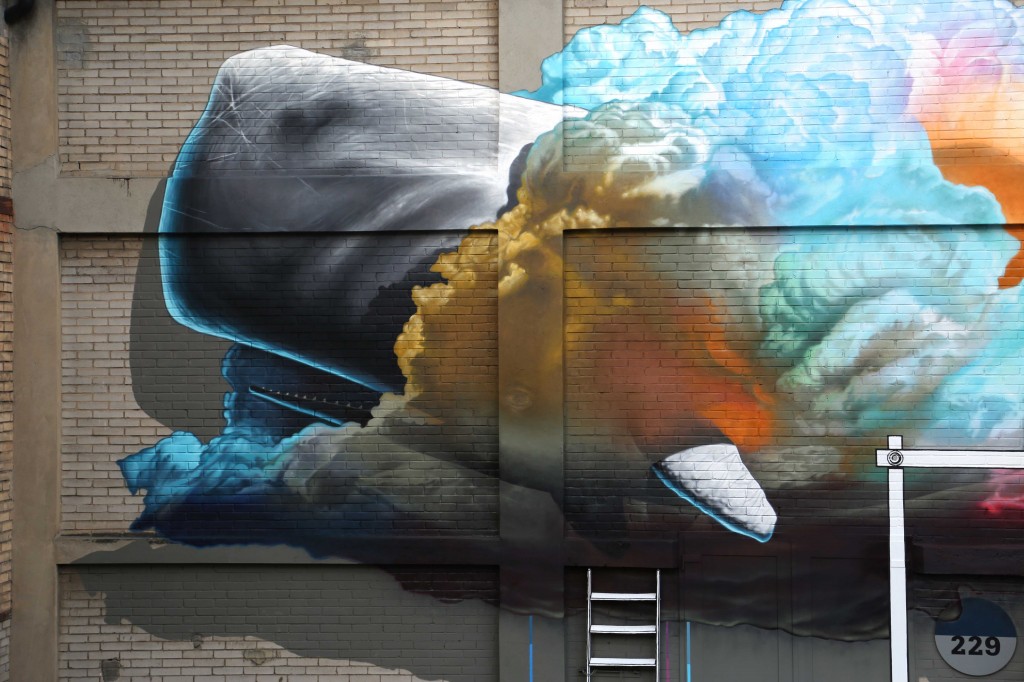 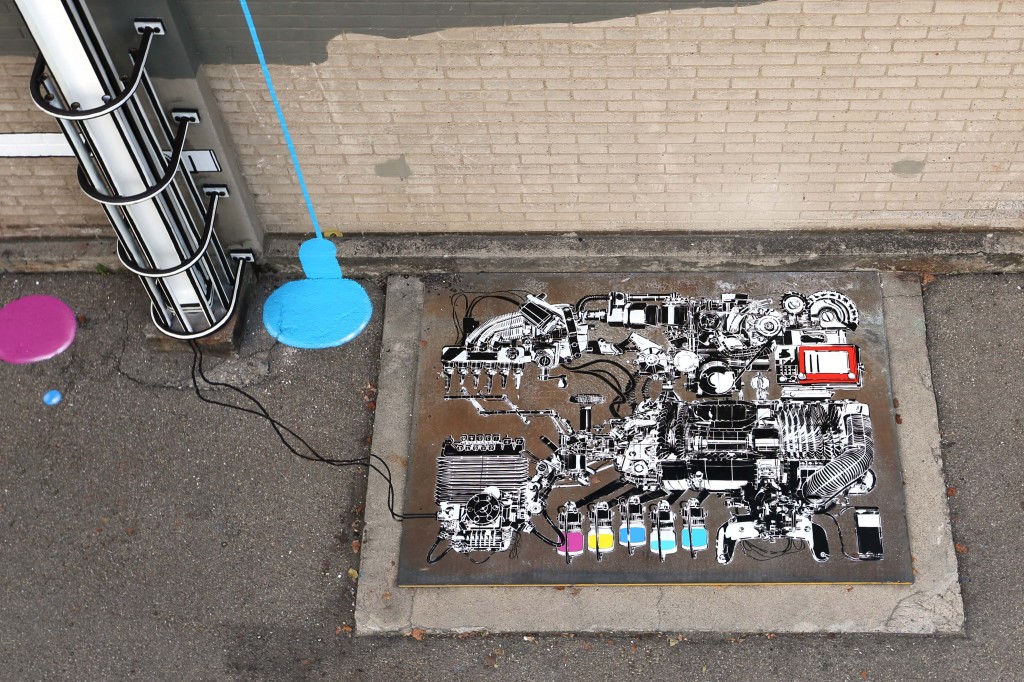 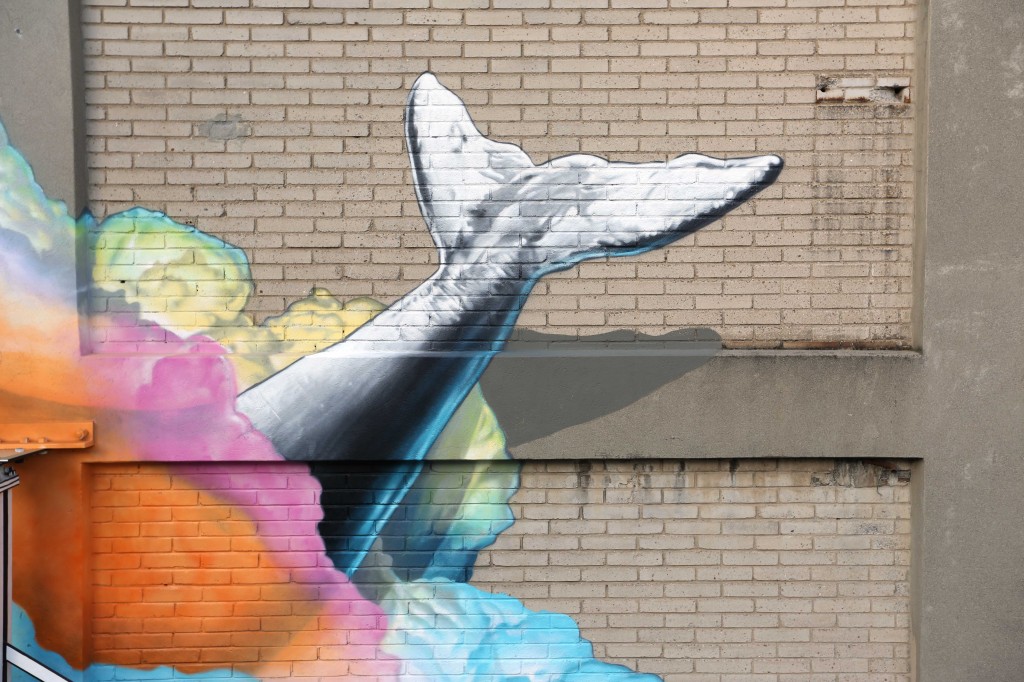 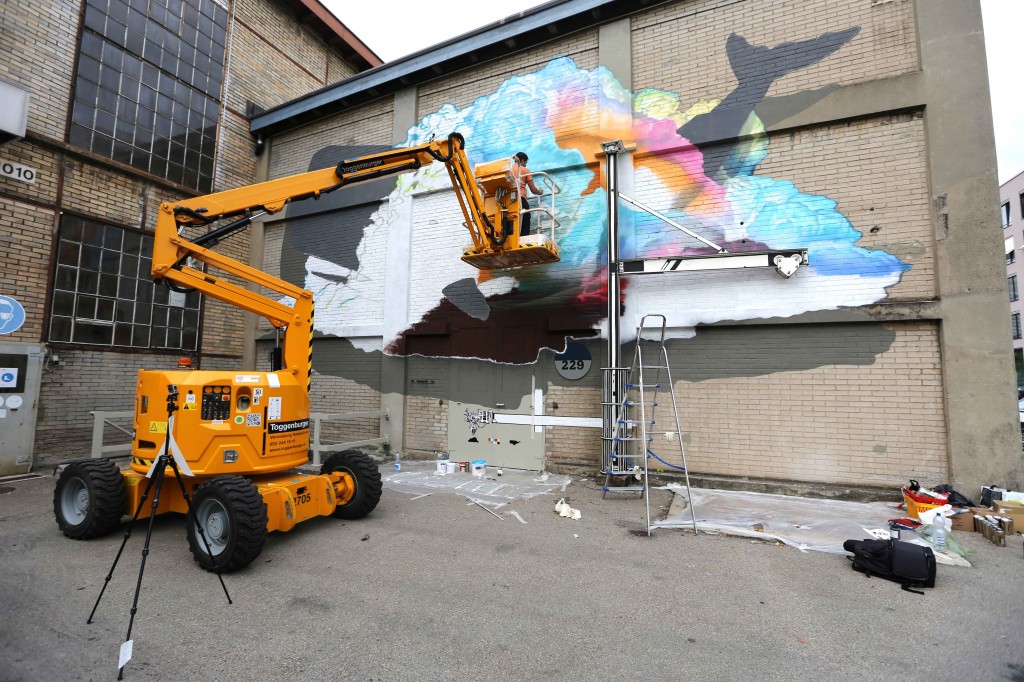 Realized in the context of the Urban Art Festival of Winterthur (CH).

The festival took place at the beginning of september 2014 in the Sulzer Area in
Winterthur, a big area that once where an unique factory and that now is splitted in
his parts. A few of them are empty, other are parkings, new factories, bars,
apartments and galleries. (http://www.sulzerareal.ch)
The invited artists were: Brad Downey & Rose Pacult (USA), Chromeo (CH), Robert
Proch (PL), NEVERCREW (CH), Quintessenz (DE), Mentalgassi (DE), Tika (CH),
Pascal Kohtz (CH), Bond (DE), Thomas Bratzke (DE), Royal TS (DE), Markus
Butkereit (DE), Sabina Gnaedinger (CH) and The Wa (DE).