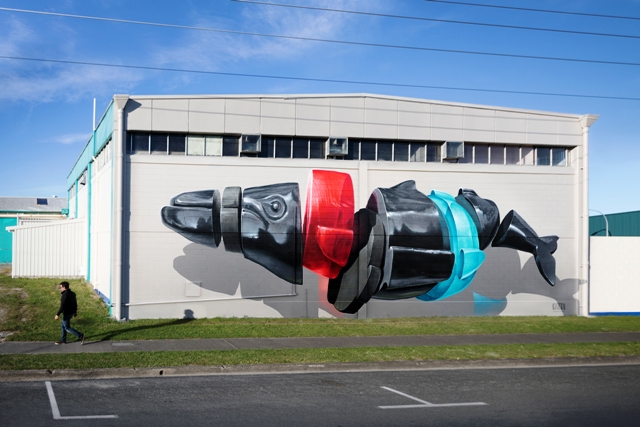 NEVERCREW was in New Zealand, working in Gisborne for the Seawalls Tairāwhiti project by PangeaSeed Foundation. The title of the mural painting is “Disposing machine n°2”, a hymn for nature and the threats it encounters. With this work they wanted to create a proportion between an overall point of view and the focus on the perception of oceans health, with endangered sea mammals chosen as “litmus test” of the situation. “Disposing machine n°2”
Mural painting realized in Gisborne (New Zealand) for the Seawalls Tairāwhiti project by PangeaSeed Foundation, 2018. 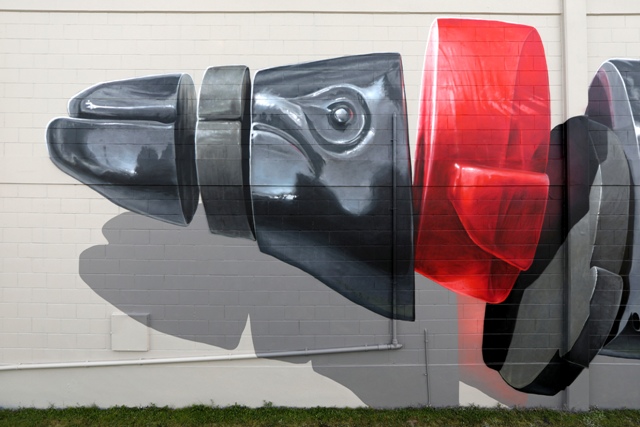 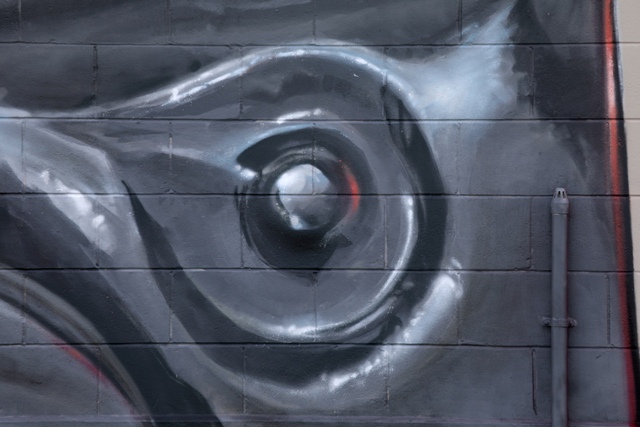 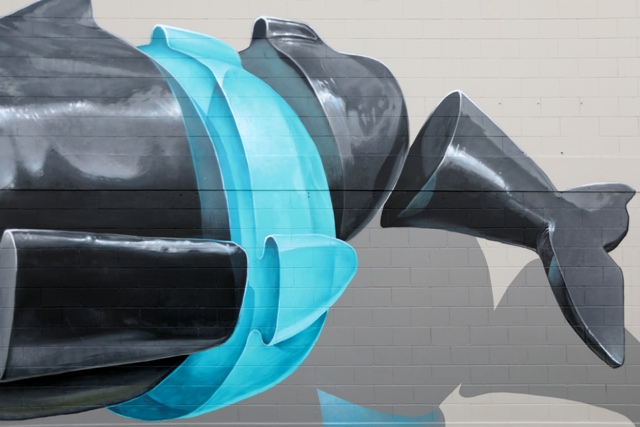 Systems are human interpretations of reality and are often shaped on human perception and unique point of view. But reality, as well as systems, has its own structure and it’s a balance between all the existing elements, a balance that can be followed and supported, or that could be changed and sometimes destroyed.

In this work we wanted to create a proportion between an overall point of view and the focus on the perception of oceans health, with endangered sea mammals chosen as “litmus test” of the situation.

Human habits and politics are modifying the natural balance, sometimes in direct and visible ways, sometimes in more underhanded and indirect ways, and sea mammals are powerlessly suffering this imposition that’s embodied in increasing of temperatures, water pollution, interferences in the habitat, swings in the ecosystems, hunting, and more. 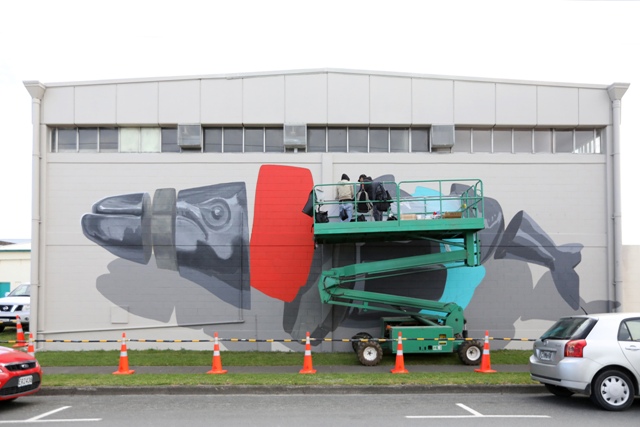 A vision of this phenomenon, a perception of the overall issue and actual and future damage, seems hard to experience in a tangible way and this has to pass again from human interpretation and understanding.
There’s a urge then to acknowledge that humankind is part of a balance together with the rest of the elements that compose Planet Earth, to reach a perception of a global issue that’s generated by the combination of different factors; there’s the need to exit the actual unique and artificial shape and perception that humankind gave to its systems because it doesn’t fit with reality and detach from it while corroding it.

This mural has been realized for PangeSeed Foundation, a non-profit organization whose mission is to create meaningful environmental change and raise awareness about ocean conservation and, in general, about the actual environmental crisis. 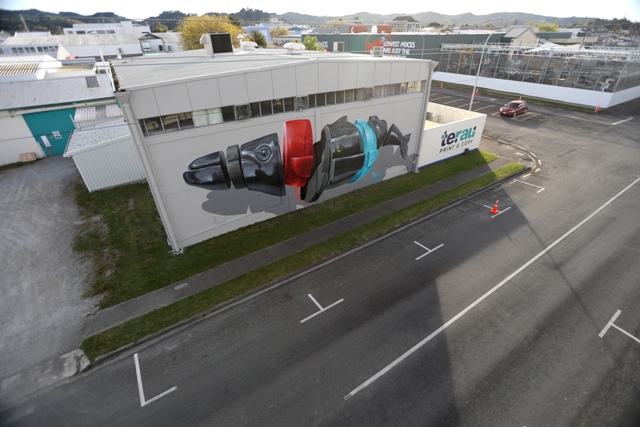 All pictures by NEVERCREW
except for progress pictures: by Alessandro De Bon