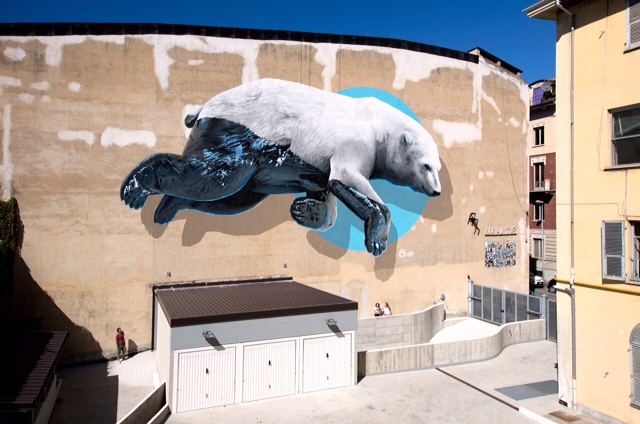 This is the last work NEVERCREW did during their 10 days in Turin, Italy, on the very big wall (18 x 35 meters) of the Teatro Colosseo, a project made in collaboration with Square23 gallery. The mural painting and installation, entitled “Black machine”, plays with a real forced point of view and refers directly to the function of the building: the theater.

Playing with the line of sight of the forced point of view from the sidewalk and inspiring them to the theater (on whose wall was made the painting), they decided to work on the idea of representation intended in a broad sense as portrayal, as performance and as a figuraton of reality. They used direct references to the theatrical context to define a “real” proportion and a starting point, but they wanted to move the attention on global warming related to human habits.
They then developed these issues trying to evoke the position (and responsibility) of man in a delicate balance, into the ecosystem, and so the choice of points of view, of real awareness and the idea of a passive condition in a system. 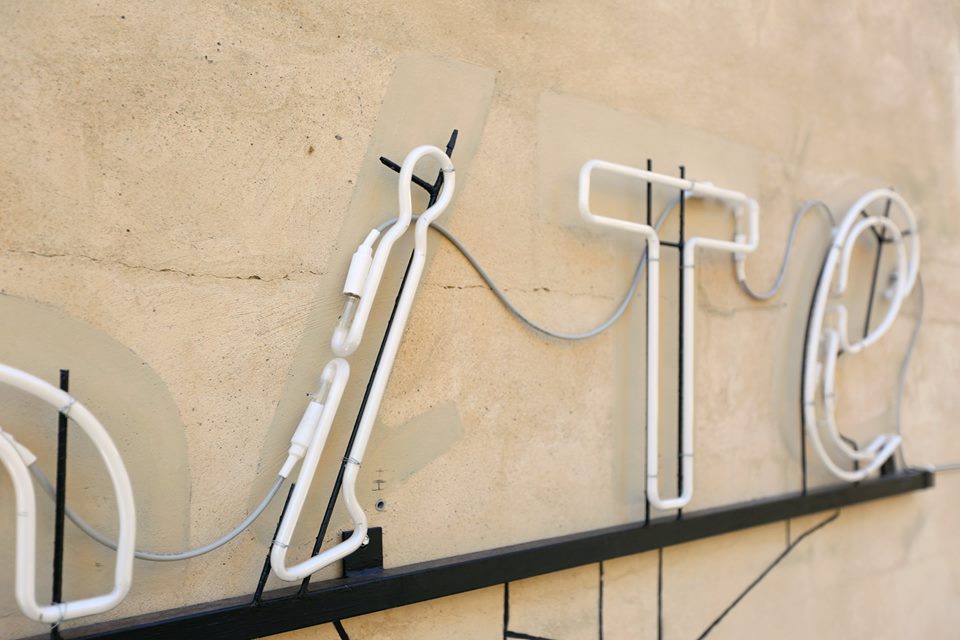 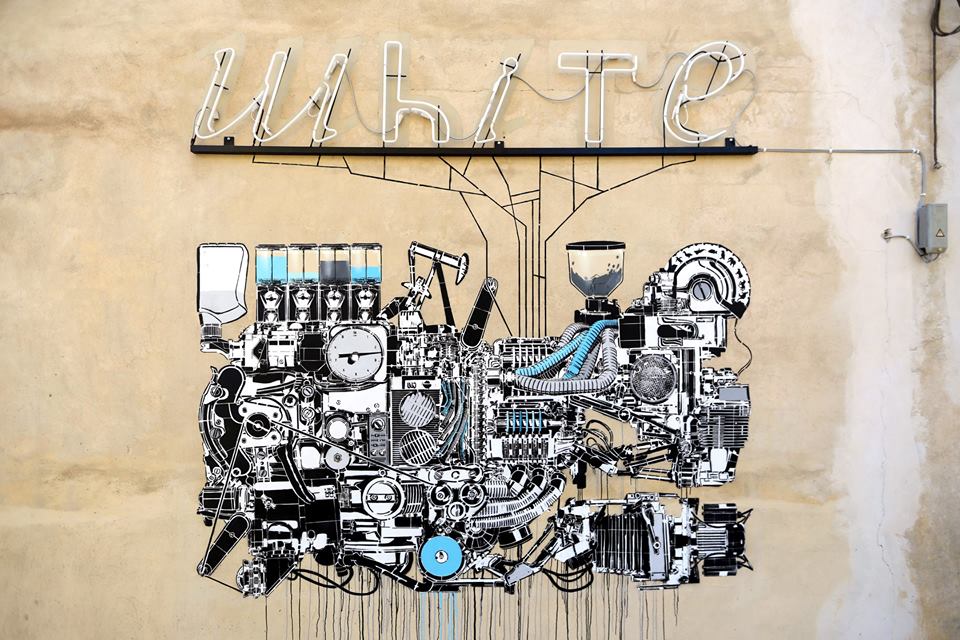 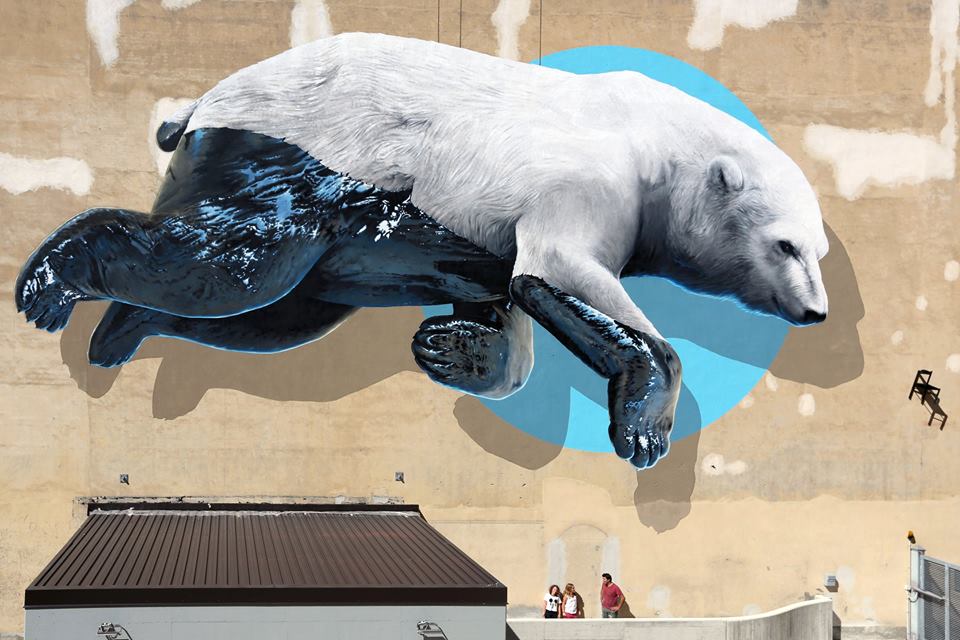 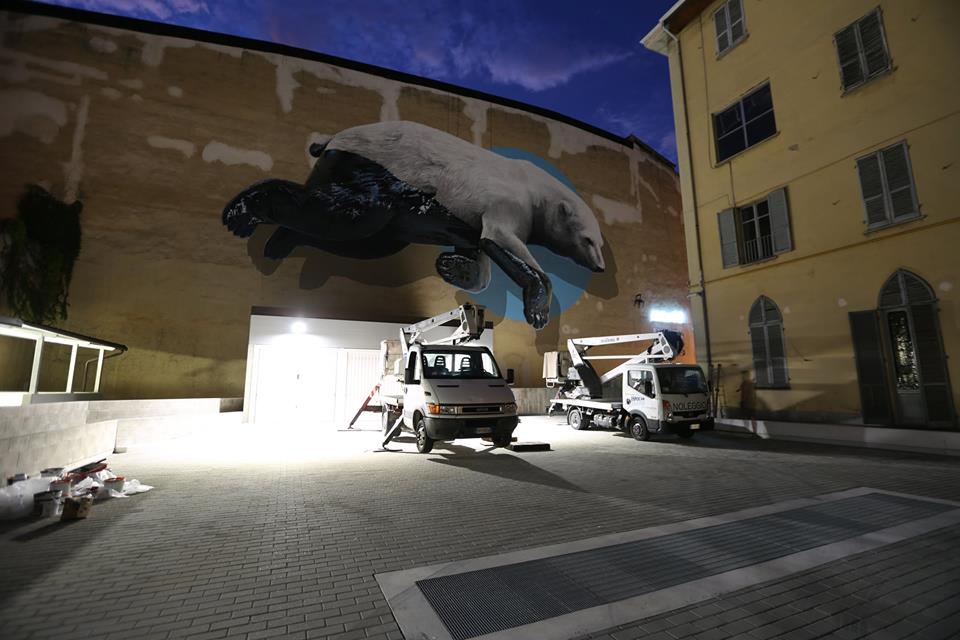 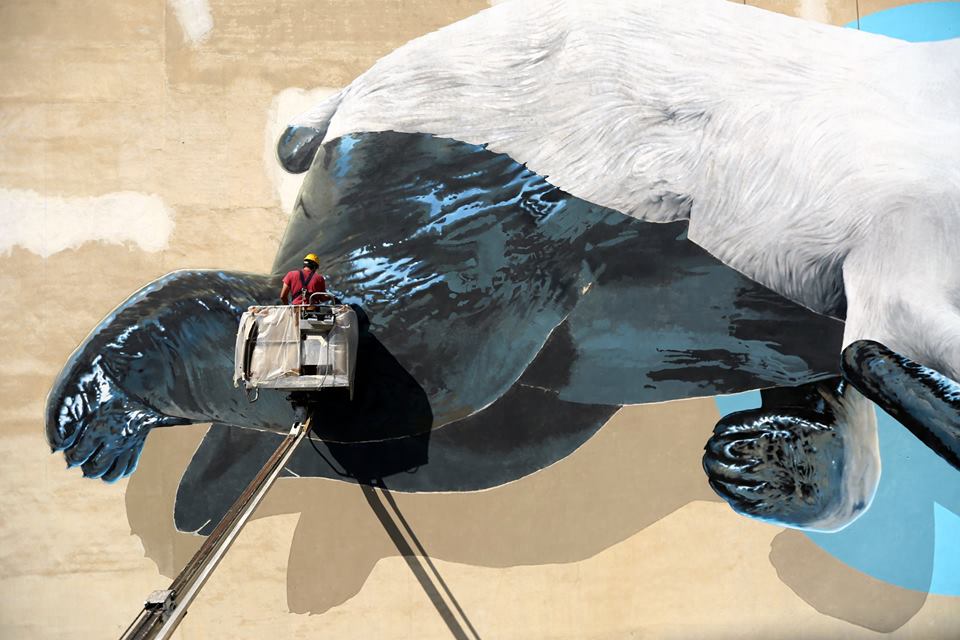 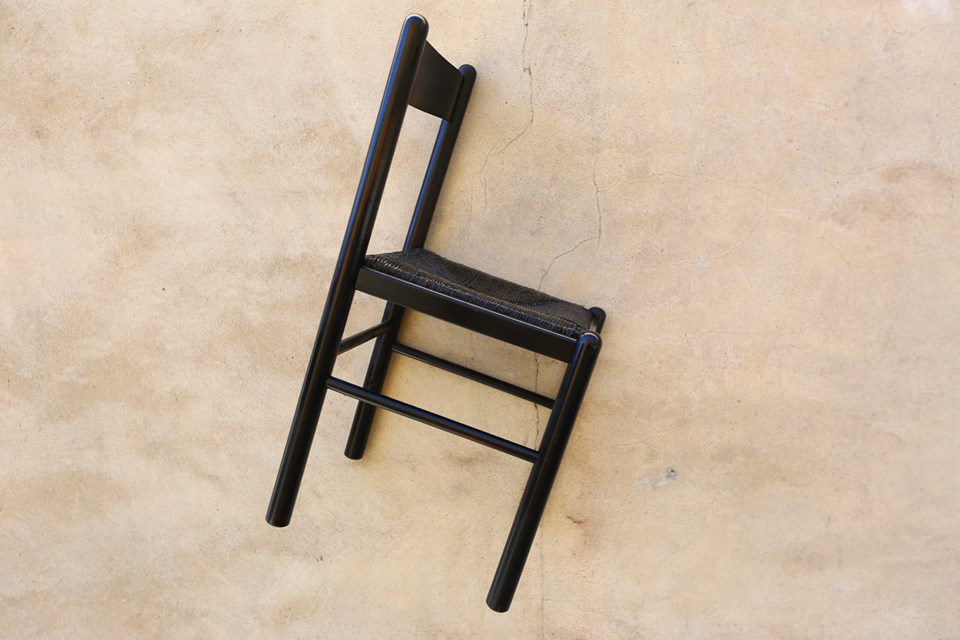