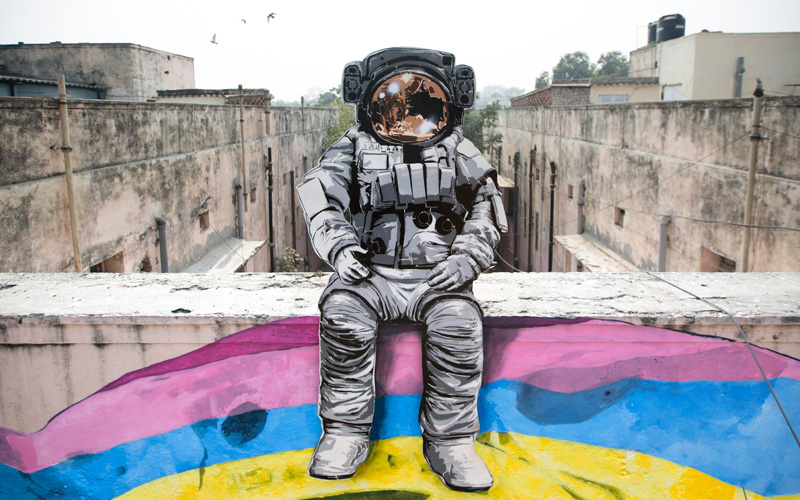 “See through / See beyond” 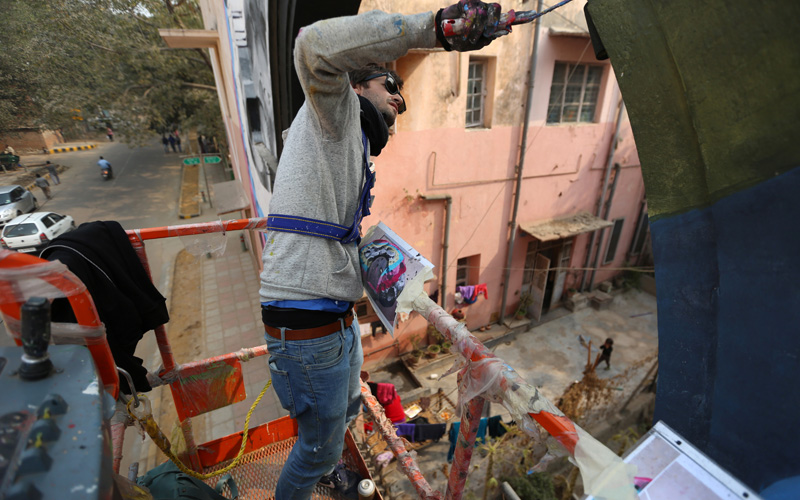 NEVERCREW just finished a couple of mural paintings in New Delhi (India) for St+Art India and the exhibition “WIP”, 2016. The work consists of two paintings connected between them, although distant a few kilometers. The first was realized in the Lodhi Colony in south-central New Delhi, while the second was painted on six train containers of the “WIP” exhibition(02-28.02.2016), at the ICD deposit of Tughlakabad, further south. 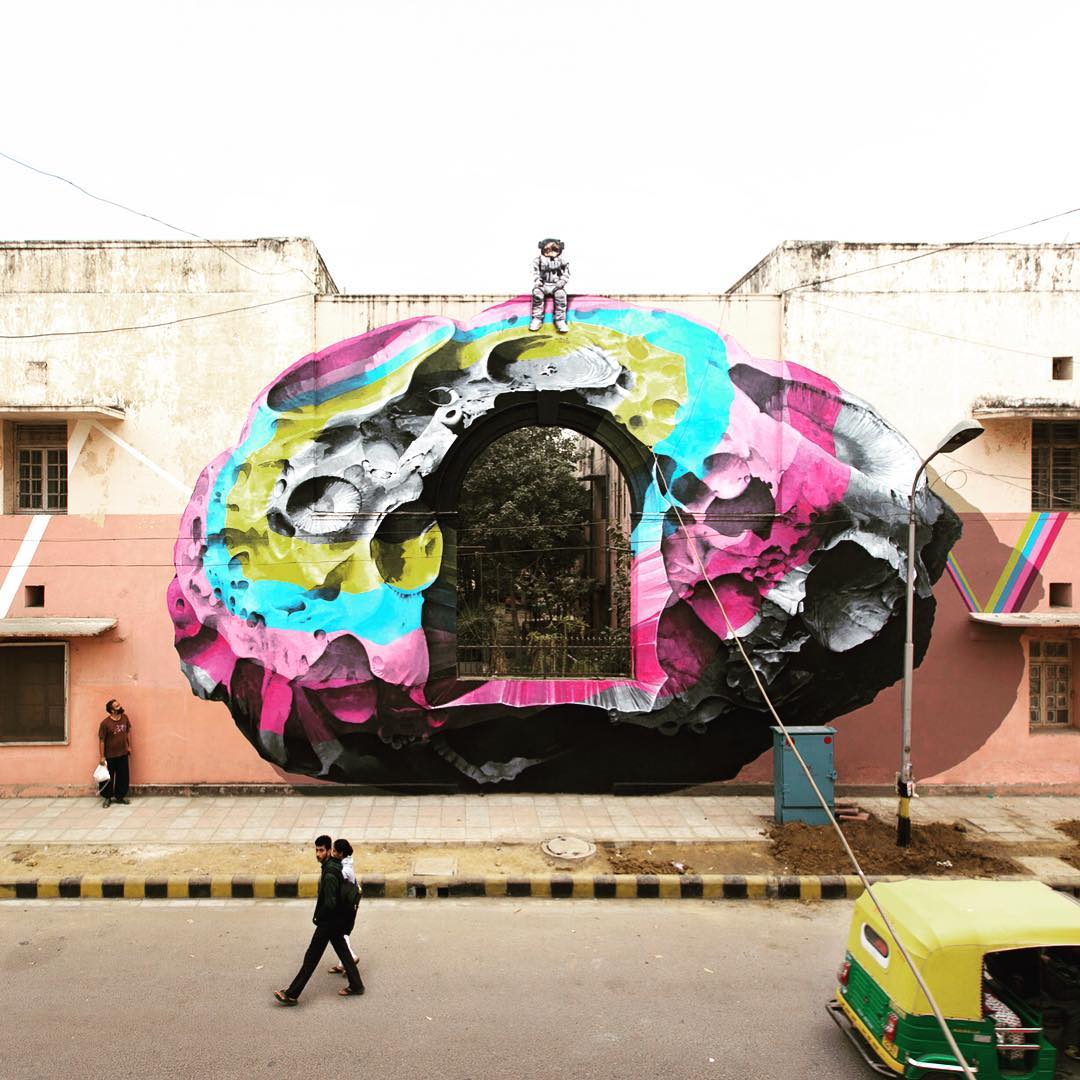 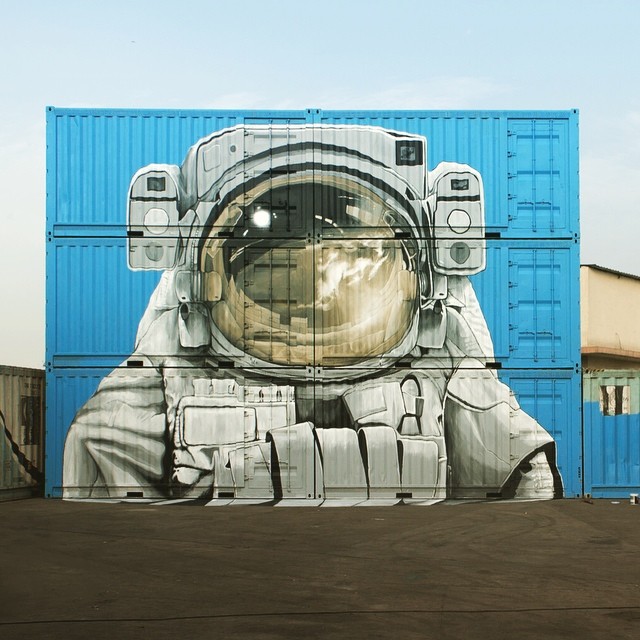 Lodhi Colony is one of the oldest colonies established during the British period and was originally built in 1940 to house the employees of the government of that time. In our society structured on the expansion of power and on the conquest of the final product, the origin of things and their history are often put aside. The reasons are confused and mixed over time, diluted up to make it turbid, making past and present less and less readable. In this way the vision of reality itself and its understanding, as the understanding of its problems, fails. The man finds himself with no history, unable to distinguish the outlines of his surroundings, without memories that make it aware and without reference points that make it conscious of his actual position. 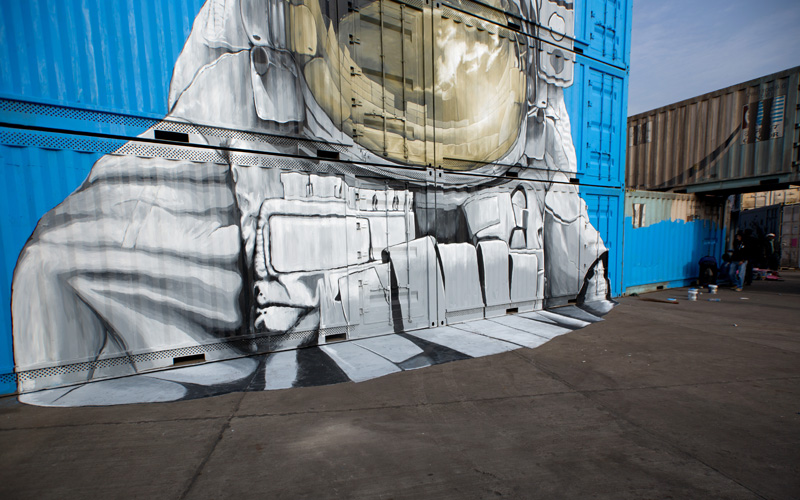 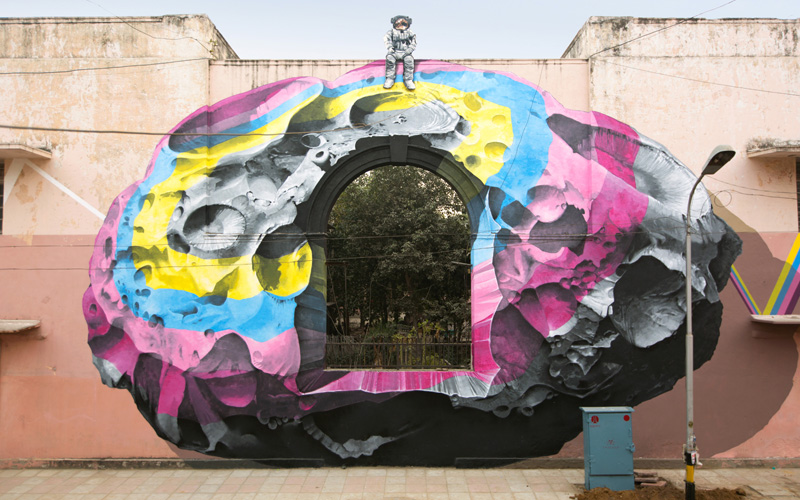 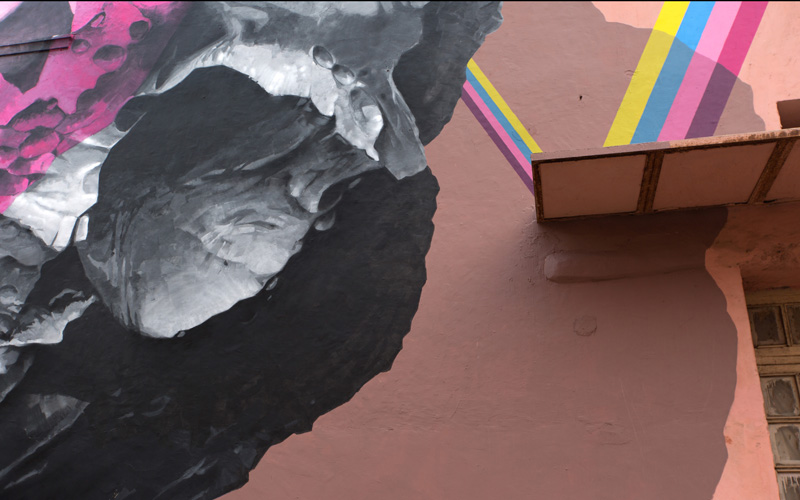