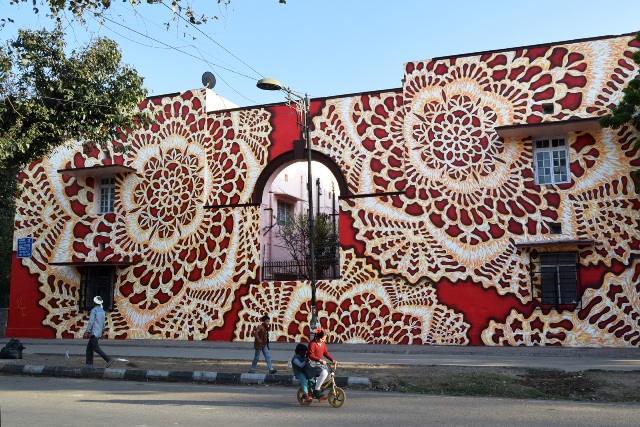 On the occasion of International Womens Day 2019 Polish female artist, Nespoon, painted in Delhi a mural inspired by the traditional women led crafts, connecting the European lace patterns and the Indian rangoli patterns. The final work was also a result of a workshop with 25 women from Nizamuddin area, the medieval Islamic district in Delhi. 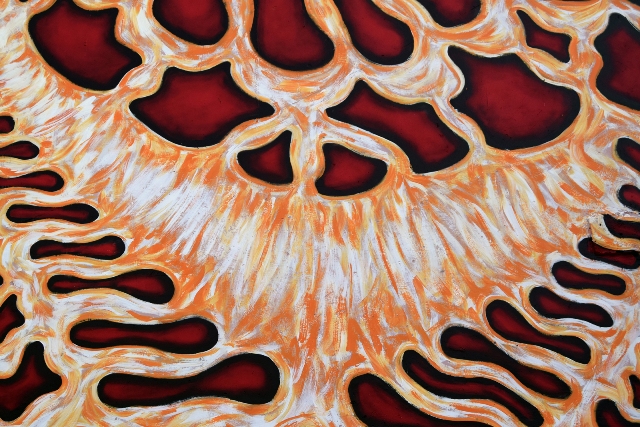 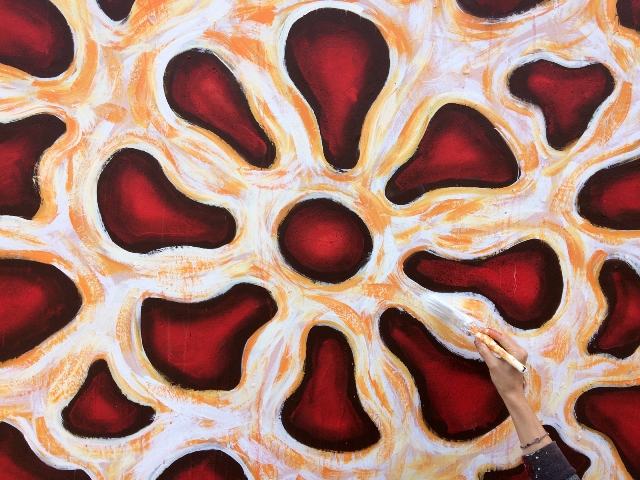 Initially, she had planned a more subdued mural coloring, but inspired by the strong colors of traditional Indian women’s clothing she changed it into red and orange. This combination is rare in Poland, but common on the Indian streets. Nespoon’s wall is a tribute to the strong, beautiful women of India. 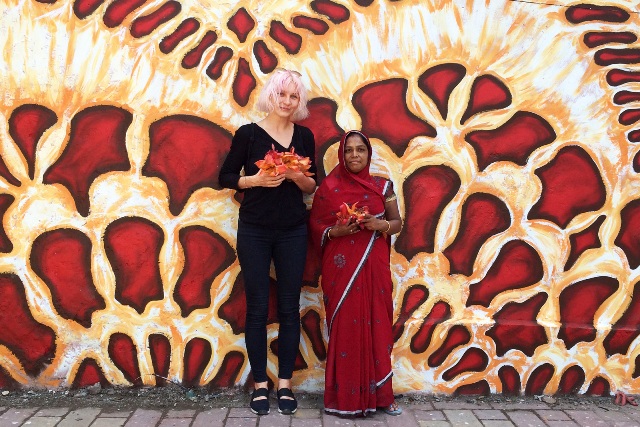 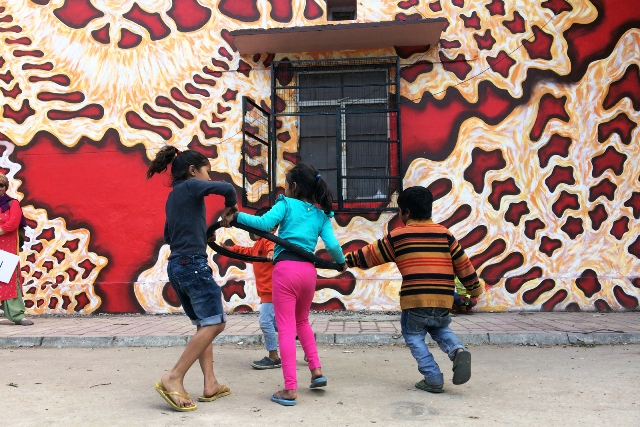 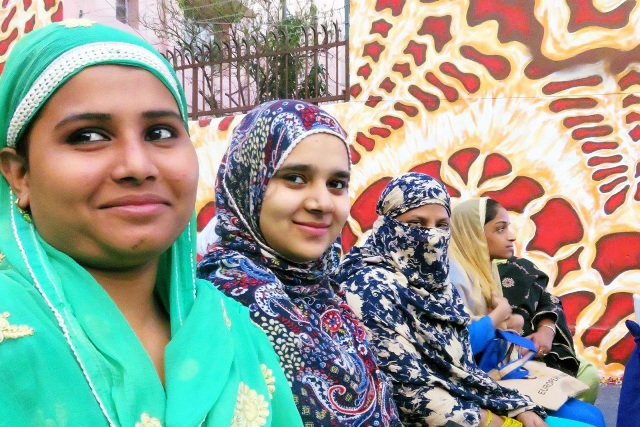 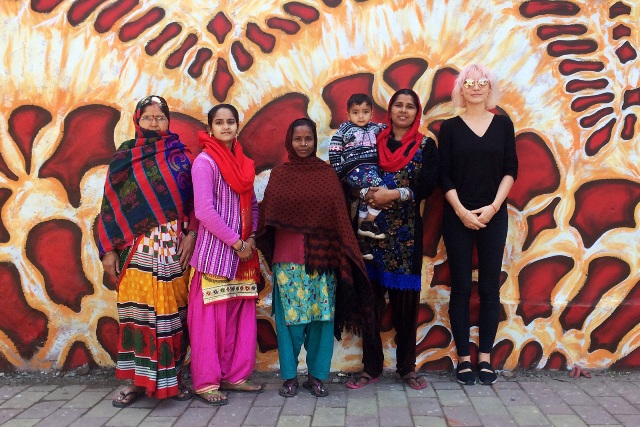 The mural was painted during the Lodhi Art Festival, organized by St+art India.