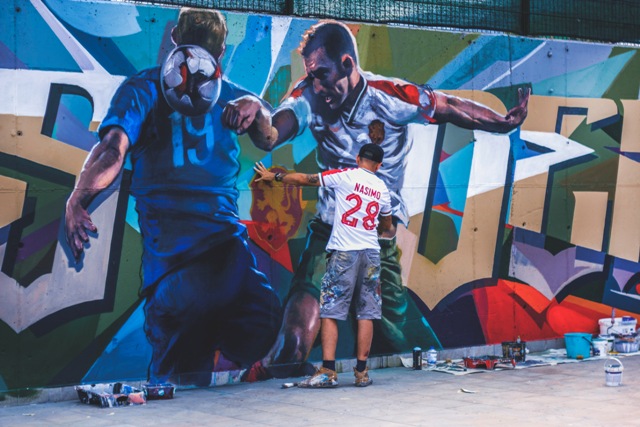 The “Boyana” National Football Base of Bulgaria got a brand new mural along with a new motivational video for the national teams. The mural was painted on a 15-meter concrete wall part of the stadium and was created by one of the most famous local street and fine artists, Nasimo.

The artistic collaboration called ‘Lions’ Den’ is a reference to the common nickname of the Bulgarian national team. Prior to the start of the new season, BFU also released a video trailer about the creation of the mural and the link between football and art. The video features a guest appearance by the national team captain Ivelin Popov as well as the U-19 team players. 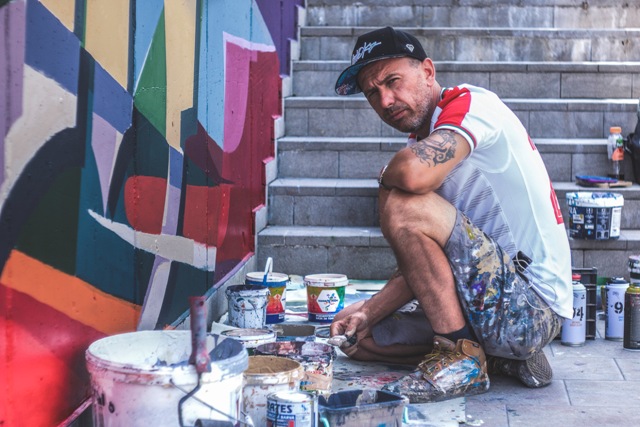 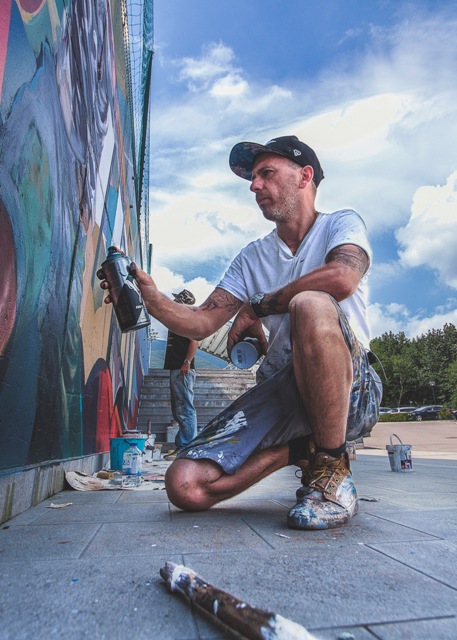 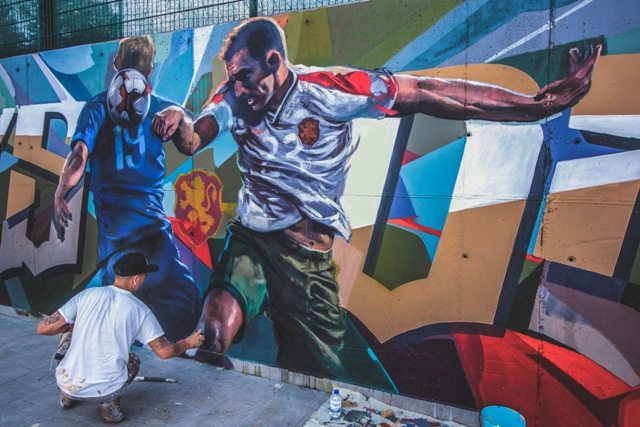 Started spraying Aerosol paint on the street walls right after the the fall of the communist regime in the early 90’s, Nasimo is considered to be one of the pioneers of Eastern European graffiti art culture, as well as one of the most recognizable street and fine artists from the Balkans. His monumental artworks can be seen in many countries around the world, sometimes spanning across 10-floor buildings. 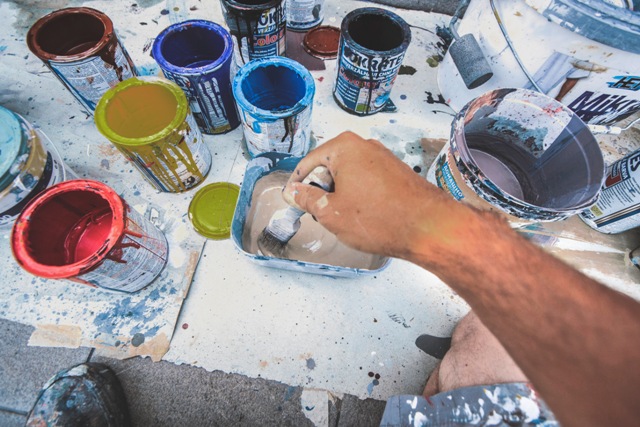 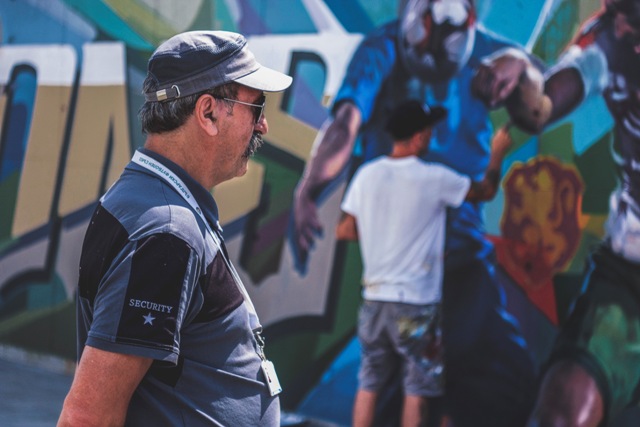 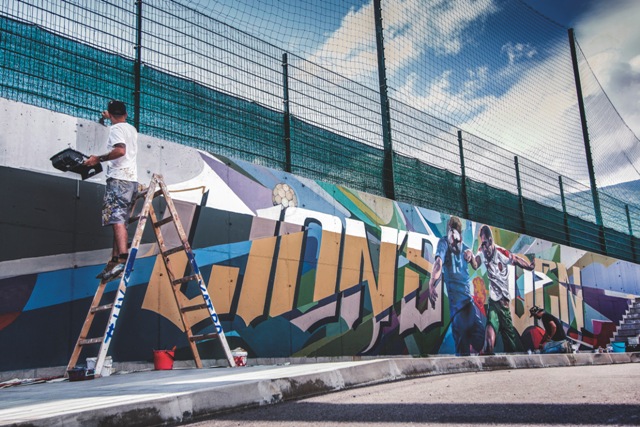 ‘Sport is an art and art is a sport: the will, perseverance and self-discipline are key and vital qualities, especially when we represent our nation in front of the world’ commented Nasimo.