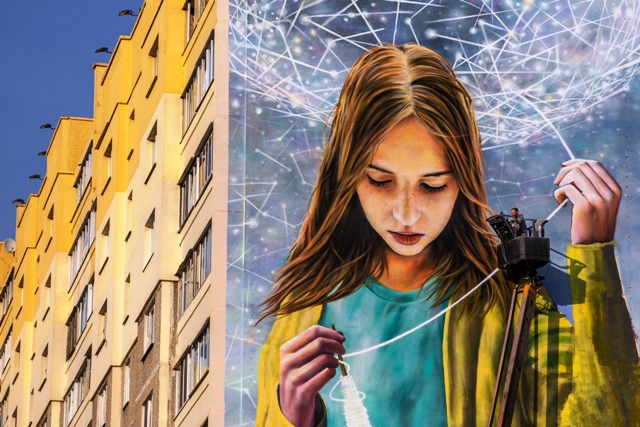 Talented artist Mutus recently finished his newest “Digital World” mural. The wall of a 12-store building in Minsk became the part of the triptych “Future”.

The “Digital World” mural is dedicated to the connection of global communications, nature and human life. In the painting author reinterprets Slavic mythology in a whole new way. 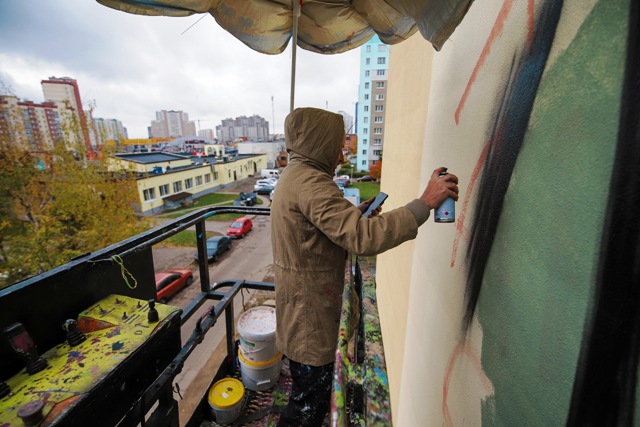 The picture shows a modern girl who weaves a thread from a tangle of constellations, which looks like a network of global connections or blockchain. This resembles the plot of Slavic mythology about the goddess Mokosh, a symbol of life’s wealth and abundance, whose image is associated with spinning and weaving, as well as fate and crafts. 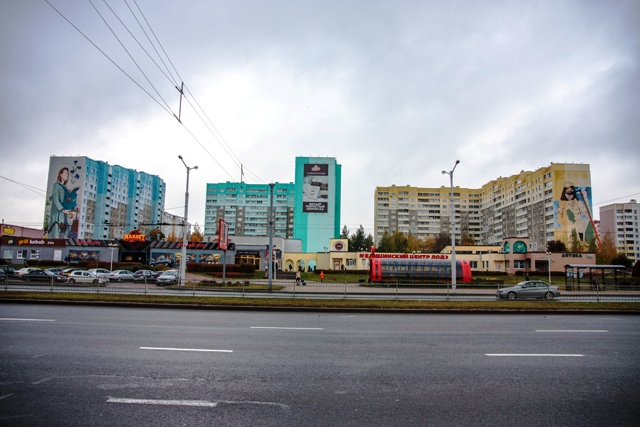 The whole picture is a reflection on the harmonious combination of the traditional way of life, technology and nature. 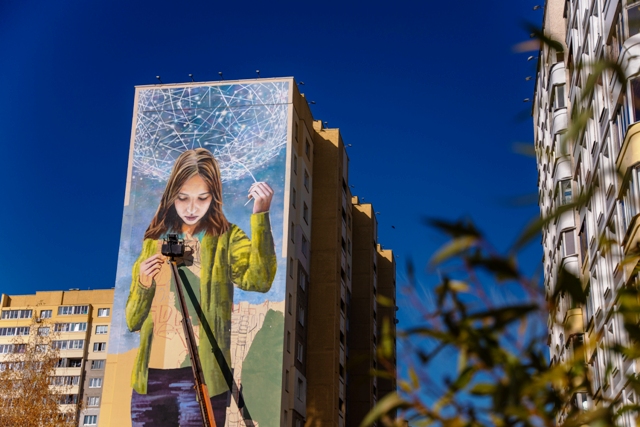 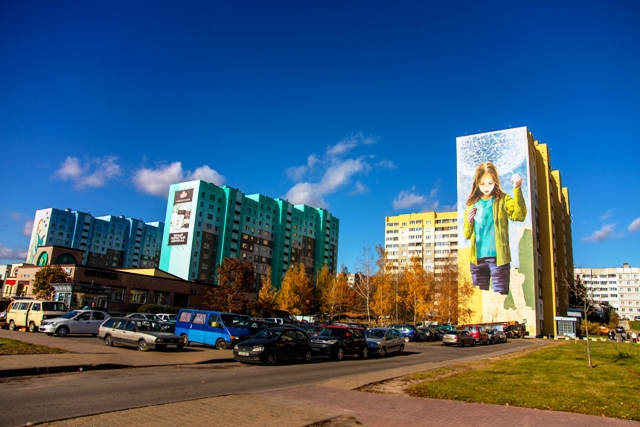 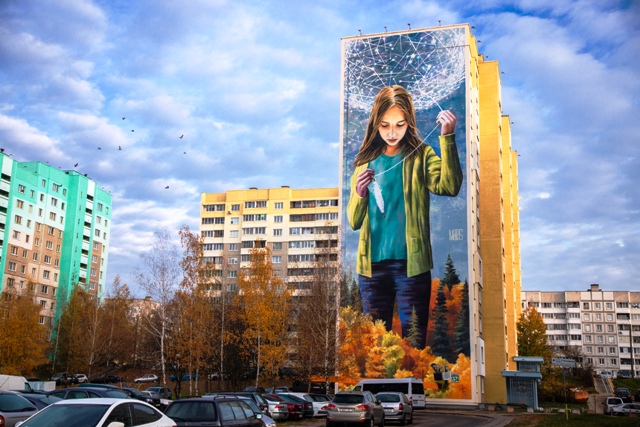 Mural has become the part of the triptych “Future” of Urban Myths project. In the framework of “Future”, artists were invited to reflect on modern Belarus and the changes that are occurring due to the development of high-tech industries.

Mutus is a young but already quite experienced muralist from Belarus. In his works he combines realistic images and melancholy plots permeated with symbolism.

Triptych “Future” is three huge murals on the walls of 12-story buildings near the wide road in Minsk, which is a kind of “gateway of the city” on the west side. Three artists from three different countries will create their work based on their impressions of Belarus, which is now changing due to active youth.