Murmure (FR) are Paul Ressencourt and Simon Roche, two drawing enthusiasts who´ve been working in public spaces since 2010 and yet whose invitation to Nuart Festival in Stavanger marked their first participation in a Street Art Festival.

Working on a human scale and with an acute eye for placement, Murmure privilege the relationship to space rather than visibility. Their collages create singular urban scenes by interacting with their specific location and, while often ephemeral, their scale and accessibility to the passerby imbue them with great substance. 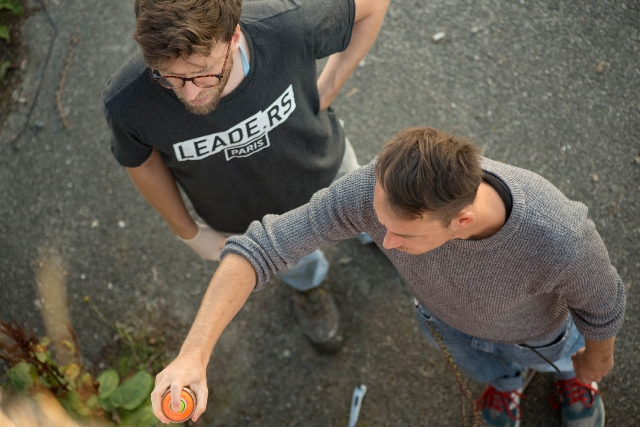 ´Love is in the air´ is a humorous skit that evokes a meeting between two urban travelers: one formerly used by man for message delivery, the other representing the future of this service. So near and yet so far, the pigeon cannot remain unmoved by its contemporary counterpart. As the artists explain: “Drones have developed enormously in recent years and are entering all areas of everyday life. They are wonderful tools but also tap into our darkest fears, crystallizing all the fantasies and anxieties we have about our own technological advances – social networks being the perfect example. Used in everything from fashion shows to street art, the drone seems destined to become ever more visible in our lives. It is only a matter of time before they eventually invade the urban space, transforming our behavior as have all other technological advances.” 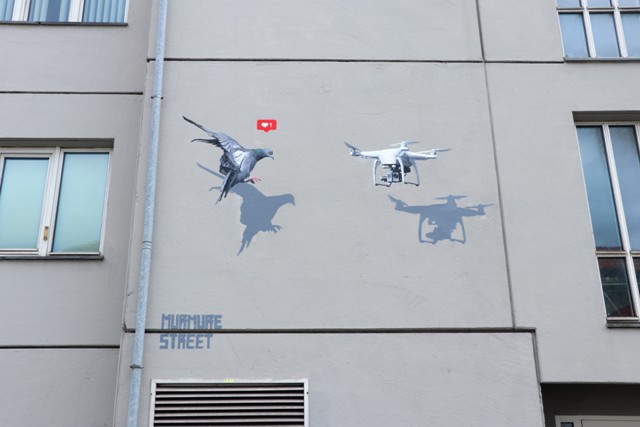 ´Moss forest´ takes its inspiration from this year´s festival theme (Space is the Place and, in particular, the re-appropriation of urban space by nature). “We noticed during our walks around Stavanger the presence of these mosses on the walls and so we imagined a plane unloading its fluorescent orange content to save, rather than destruct, this miniature forest.” 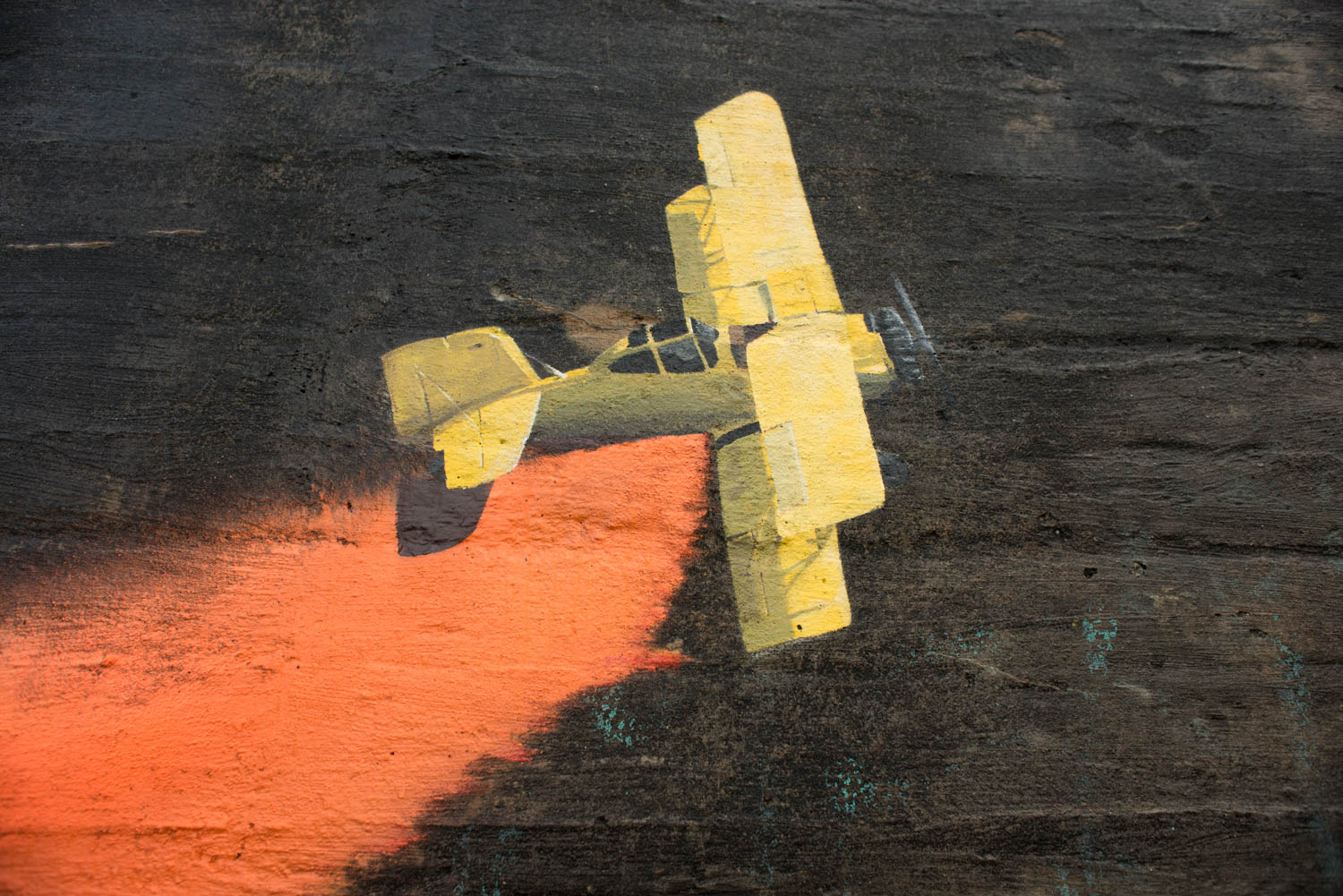 Lastly, ´Urban Muse´ depicts an illustration of a homeless person rendered in fine detail on even finer paper. “The realization of portraits of homeless people elevates them to the rank of models, icons even: through a pronounced artistic treatment they become our muses. Time, climate and human intervention are what will ultimately complete the work and make it unique.” 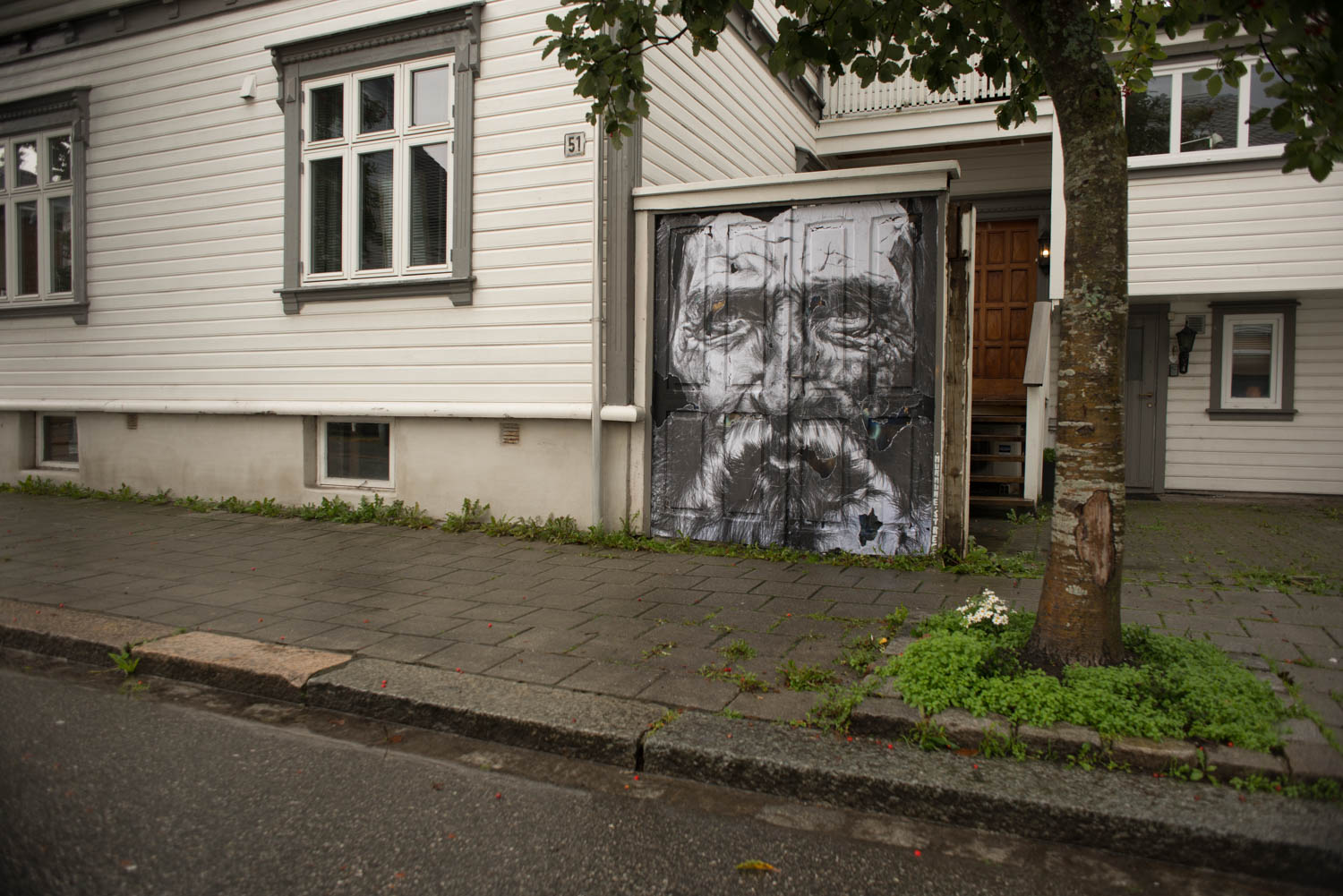 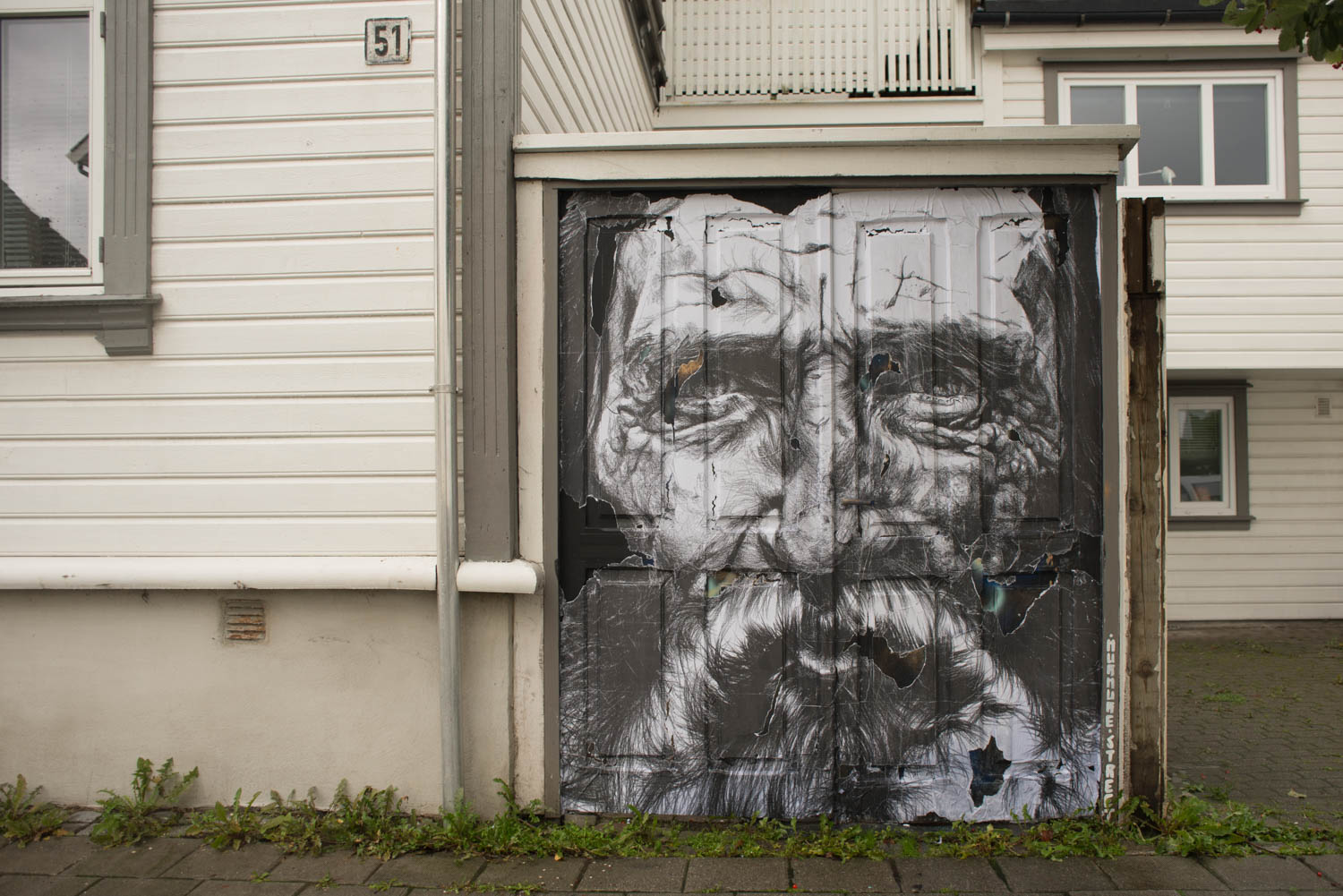