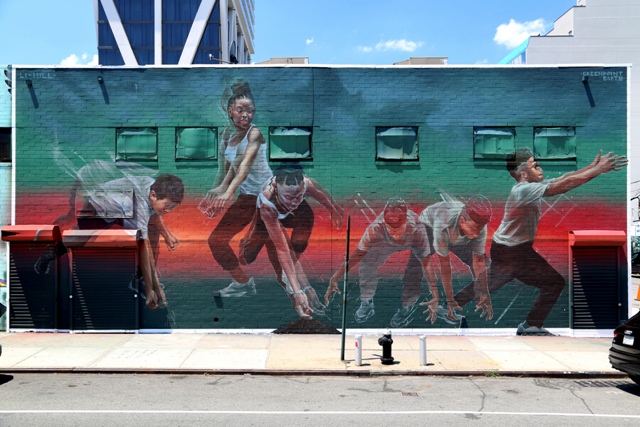 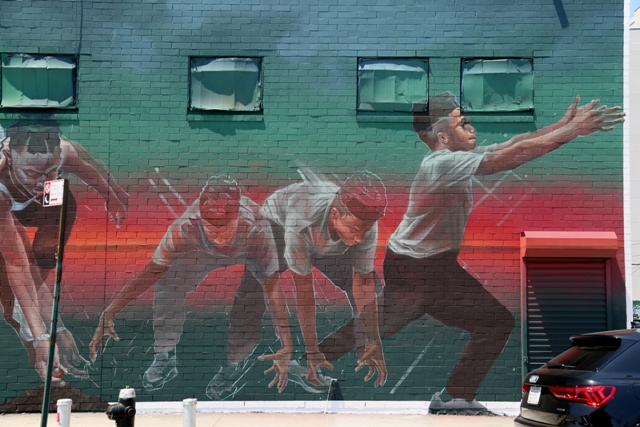 This exciting mural collaboration began in mid-2019 and the location was originally planned to be at Intermediate School 318 in Williamsburg, Brooklyn. Production was held up due to COVID-19, and subsequently the location changed to a private building. also in Williamsburg.

GreenPoint Innovations and Li-Hill teamed up with a shared vision that a more sustainable world and future is possible if we can restore our natural ecosystems, which in turn will combat climate change, support public health, create jobs, promote food security, sustain biodiversity, and enhance global supply of natural freshwater. 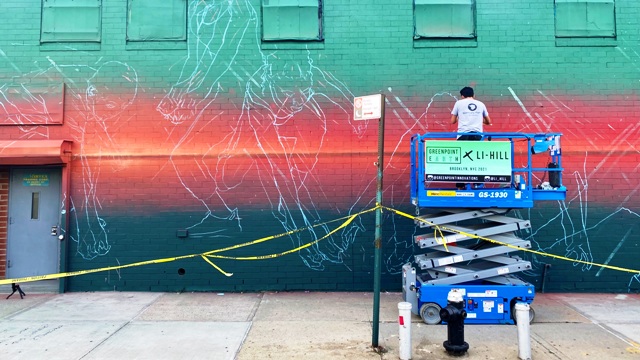 Aligning with the United Nations Decade of Ecosystem Restoration, and in recognition of youth and the leading role that is thrust upon them to ensure a more sustainable future, the mural incorporates imagery from a photoshoot the team had with students from Intermediate School 318. IS 318 is a long-time partner of GreenPoint, where the organization had previously produced murals in 2018 in collaboration with artists @sonnysundancer and @asvpart.

IS 318 is a public inner-city junior high school at 101 Walton Street in Williamsburg, Brooklyn, Brooklyn, New Yor1k City. Most of the school’s 1,623 students, who are sixth-, seventh-, and eighth-graders, are from Williamsburg. The school has 134 teachers. 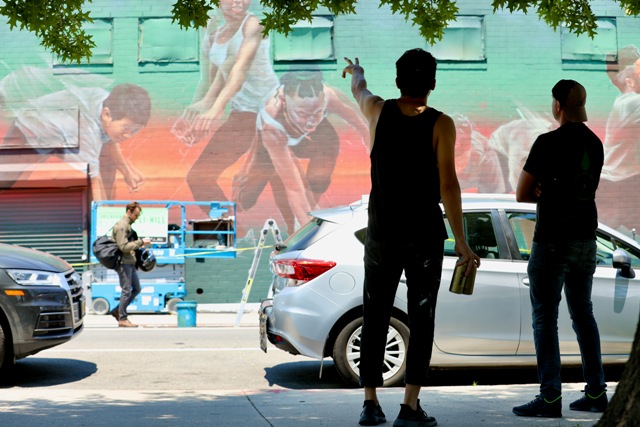 The Initiative and Organization – GreenPoint

GreenPoint Innovations began producing public ‘art plus purpose’ activations in New York City in 2016, expanding internationally in 2019 in collaboration with the United Nations Climate Change Conference. It’s GreenPoint EARTH charitable initiative serves as a collaborative creative hub to educate and inspire communities to act on climate and nature for a sustainable and prosperous future. Its mission is to raise awareness about environmental and public health impacts related to climate change and showcase eco-friendly and climate solutions. GreenPoint EARTH accepts tax-deductible donations to support its activations.

Aaron Li-Hill is a Canadian visual artist based in Brooklyn, who employs painting, illustration, stenciling, and
sculptural elements within his art. With a background in graffiti and mural painting and a degree in Fine Arts, his
works range from smaller multiples to enormous murals that explore industrialization, scientific breakthrough, man
versus nature and information saturation. Li-Hill possesses a BFA from OCADU and has worked and shown in cities
such as Melbourne, New York, San Francisco, Los Angeles, Berlin and Hong Kong. He has also had works
displayed in major institutions such as the National Gallery of Victoria, The Art Gallery of Ontario, the Portsmouth
Museum of Art in New Hampshire and the Honolulu Museum of Art.