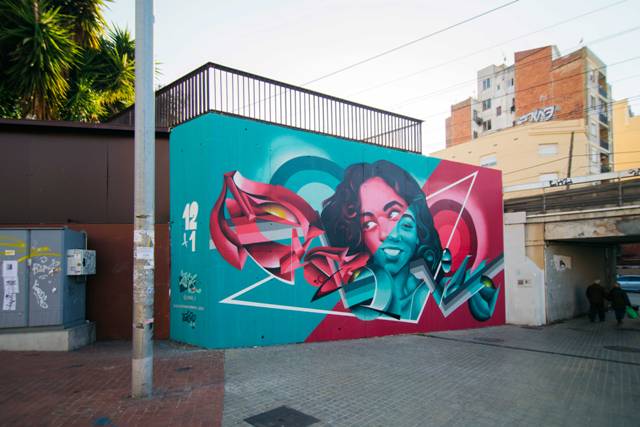 Born in Bogotá / Colombia, Zurik is an urban artist and graphic designer who began writing graffiti 7 years ago while pursuing her career as a graphic designer at the National University of Colombia.Her work focuses on the development of form and composition with letters, especially in abstract forms, transparencies, volume, light / shadow and linear work.Zurik currently resides in Barcelona where she devotes full time to painting and design, working as a freelance and participating in various graffiti festivals around the world. 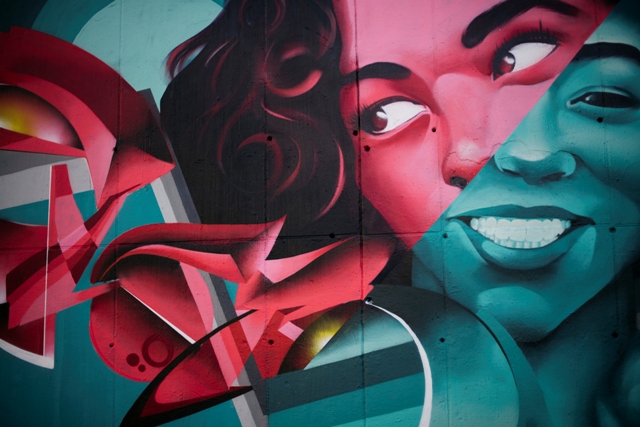 “DIVIDED” for 12+1
For this intervention, Zurik wanted to work two different facial expressions from a same character, melancholy and joy. In order to do that, she used only two ranges of colour, for reinforcing the idea of division between these two parts, even if they are in the same time complementing each other and living within the same person. 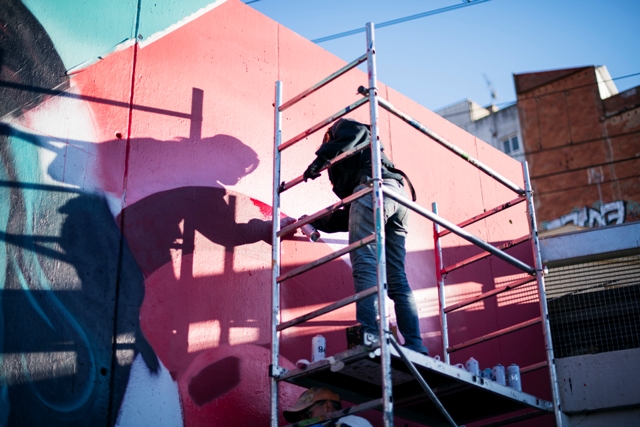 The artist tells us “as I dedicate 80% of my time to write graffiti, I chose to include letters in a way that they wouldn’t lose antagonism in front of the main character, this is why lightings and contrasts are really sweet, on the contrary than in most of my works.”

Project 12+1:
12+1 is a proposal put forward by Contorno Urbano: 12 artists, 12 months, one 50 square metre wall, one artistic intervention per month and one final exhibition, presenting each of the artists’ unique work.

12+1 is an open-air art gallery, one which changes each month. A unique vision which problematizes the way we exhibit urban art, and the place of these artworks in the city. The project aims to create a space for open dialogue in the city with the highest population density in Europe, in an area which sees over 7000 passers-by each day. You can find the wall at Calle Rosalía de Castro, just opposite to the L1 metro exit for Torrassa, in L’Hospitalet de Llobregat, Barcelona.