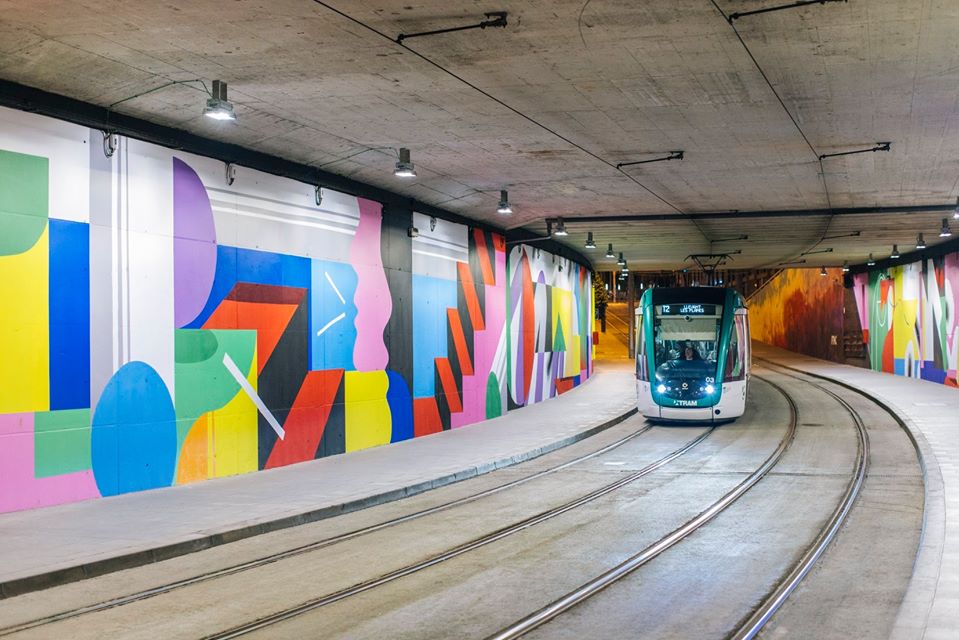 Rebobinart, together with TRAM, started the Art project at TRAM. The figurative artistic intervention of Murone, composed of vivid colors, represents the multiculturalism and diversity of tram users.
Through art, this project wanted to revitalize this space and transform it into a more friendly place, strengthening social and environmental values. This has been a remodeling of the Cornellà Center TRAM station . In the first place, a light remodeling of the space was carried out with the aim of homogenizing the lighting and reducing the energy consumption, since the lamps were changed to low energy LEDs. 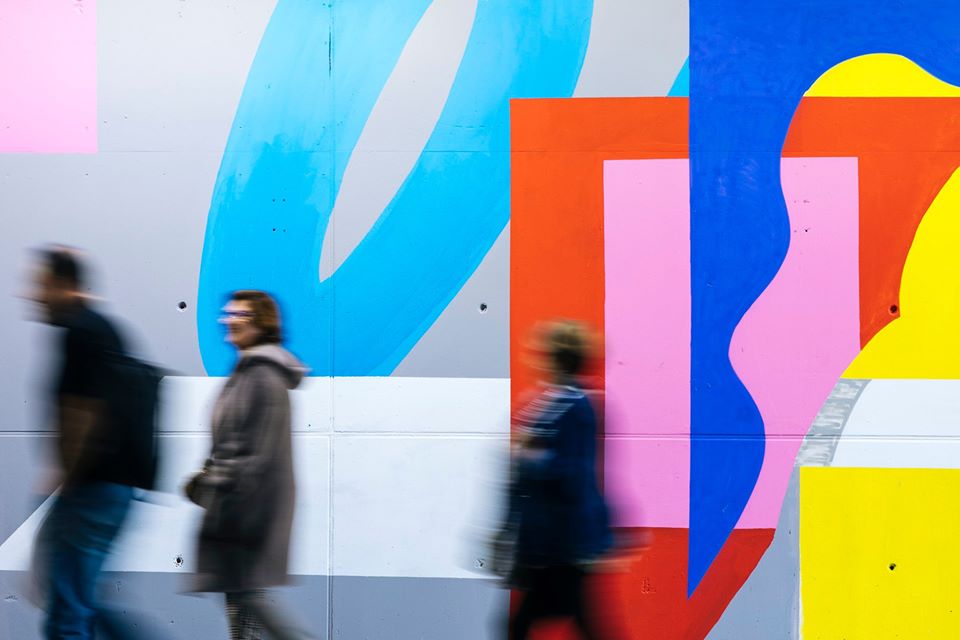 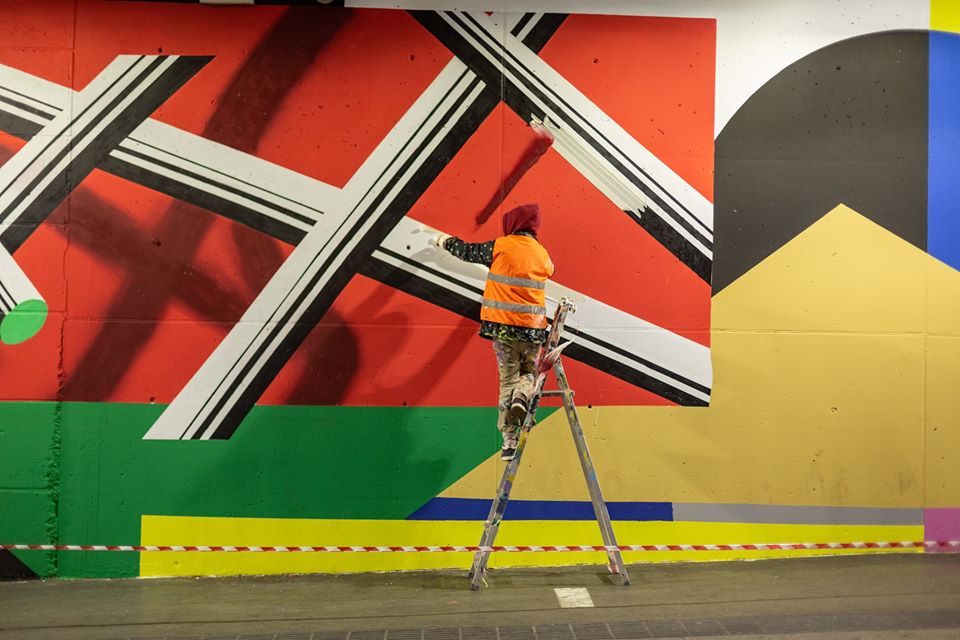 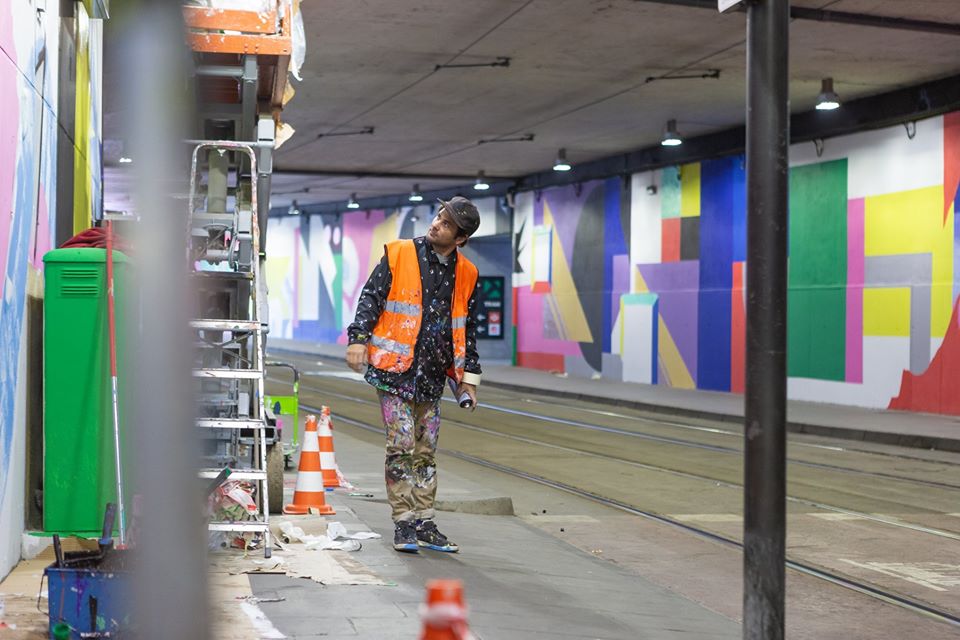 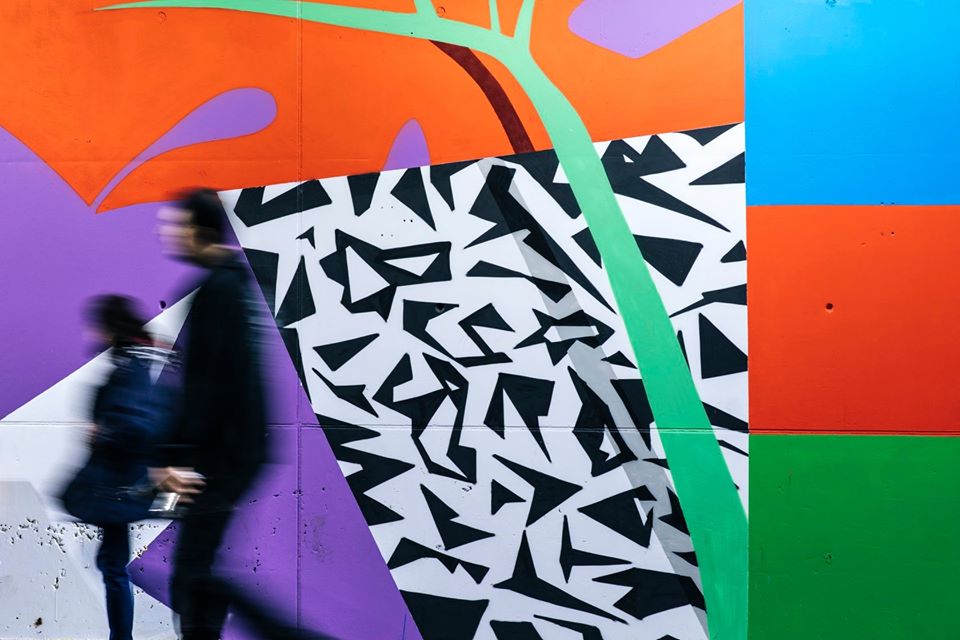 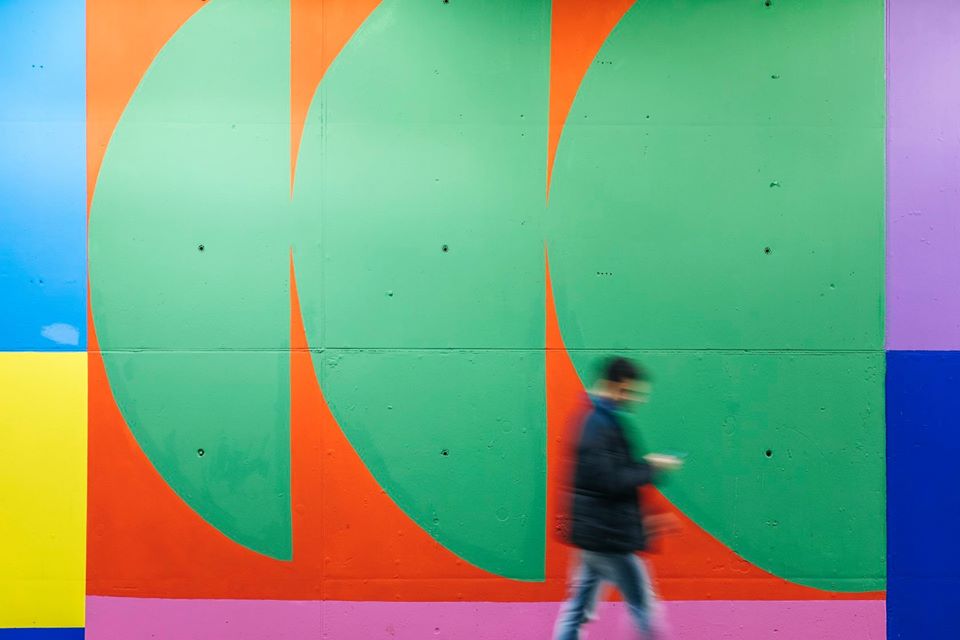 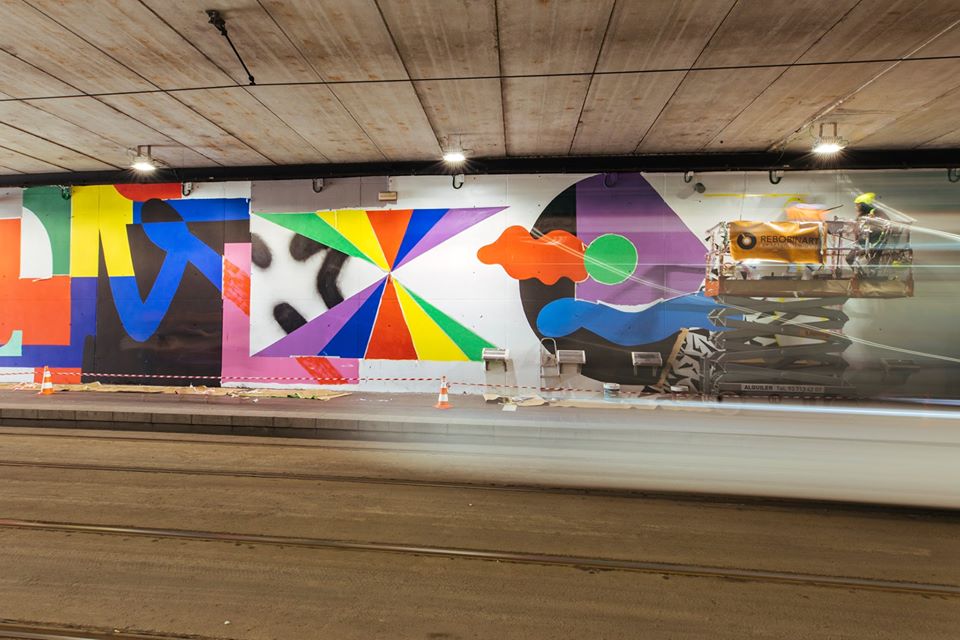 Once the new lighting installation was completed, the internationally renowned artist Mur0ne performed his 16,000m2 artistic intervention on the station walls. It is composed of bright colors, representing the multiculturalism and diversity of tram users through a set of profiles of faces that intersect and that create a sense of movement. The work, integrated on both sides of the Cornellà Center tram station, has provided the station with vitality, generating an immersive artistic experience for both TRAM users and pedestrians.

This project seeks to use art to revitalize a semi-underground space to make it a more friendly place. In addition, TRAM aims to reinforce social and environmental values ​​by bringing citizens closer to a city model based on sustainability, social innovation and inclusion through art and culture. Located at the foot of the street and in one of the most central areas of Cornellà de Llobregat, the TRAM Cornellà Center stop has become a regular crossing point. Therefore, being a reference stop in the metropolitan area of ​​Barcelona, ​​TRAM has chosen it to launch the project . 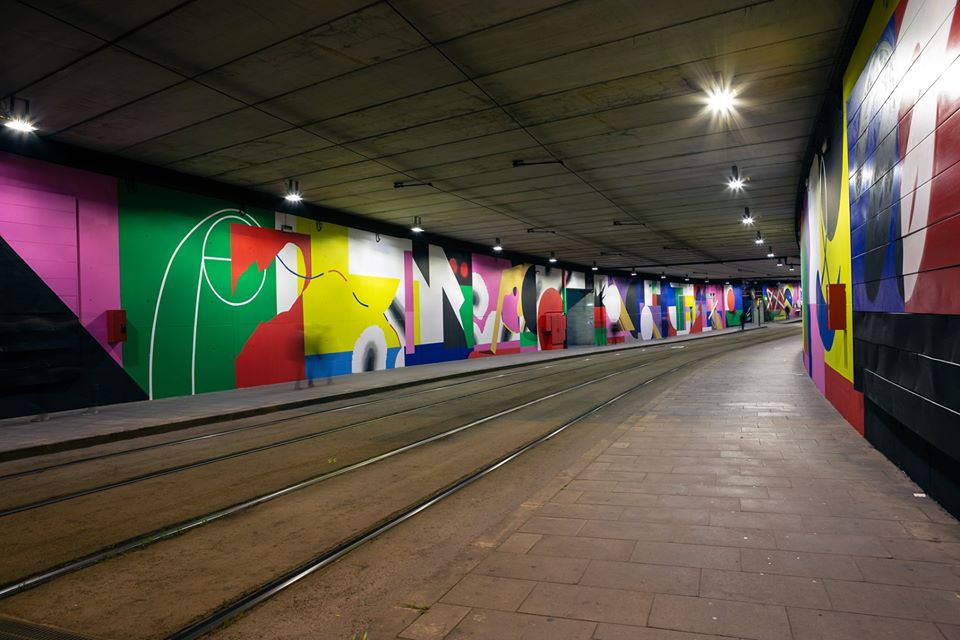 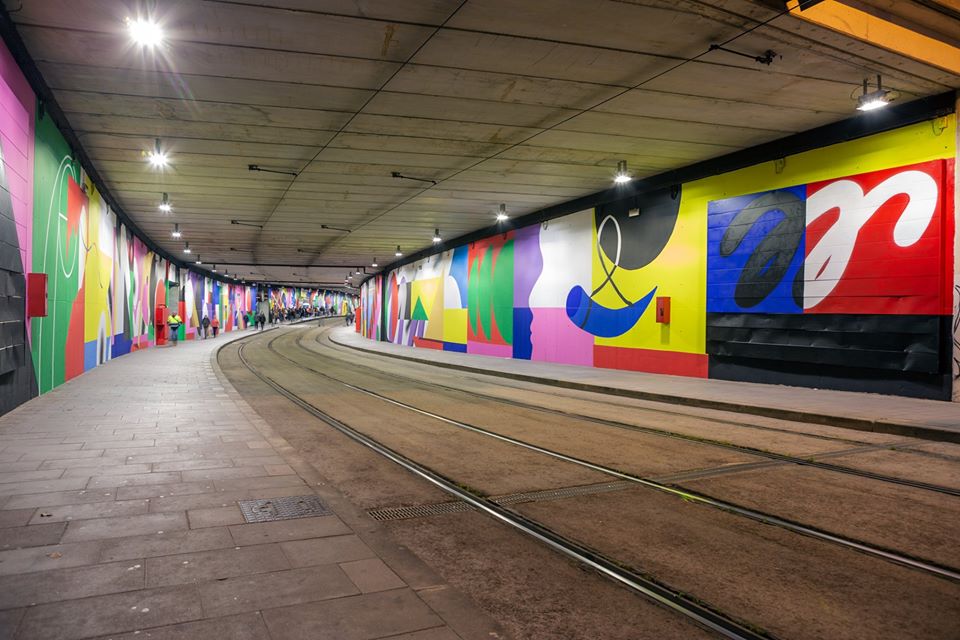 This work, managed by the cultural entity Rebobinart, has been the first action in the framework of Art at the TRAM , a project of quality artistic interventions at several stops that TRAM wants to do in the next years.

After the two weeks of work that involved the completion of this large-scale work, the opening of the station was completed. The Mayor of Cornellà, Antoni Balmón, has participated in this, among others; the Councilor for Territory and Sustainability, Damià Calvet; and the President of TRAM, Felip Puig.