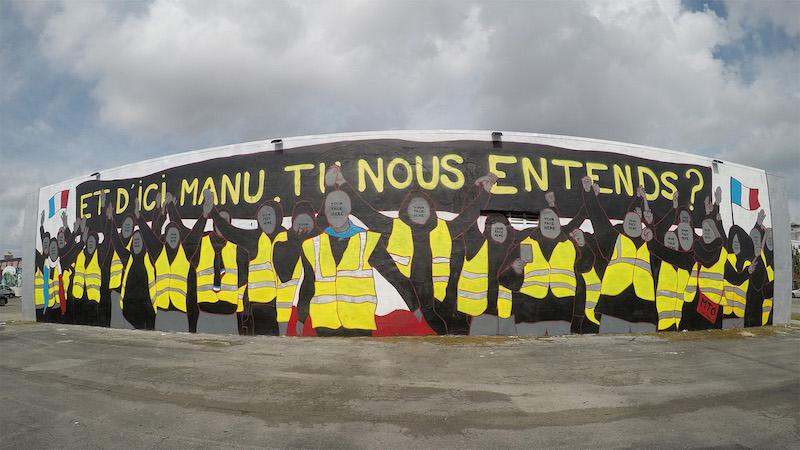 « And from here, Manu (Macron), Can you hear us ? » Street artist MTO sends his message from Wynwood Miami Art Basel.MTO: For those who don’t know, I am French and our dear president Emmanuel Macron (Aka « Manu »)has earned the reputation of caring more about elevating the desires of the rich rather than prioritizing the needs of the middle and working classes in France. So what a better place and time than Miami Art Basel 18 to try to get his attention and bring some support to the yellow vests movement actually growing in France : https://en.wikipedia.org/wiki/Yellow_vests_movement 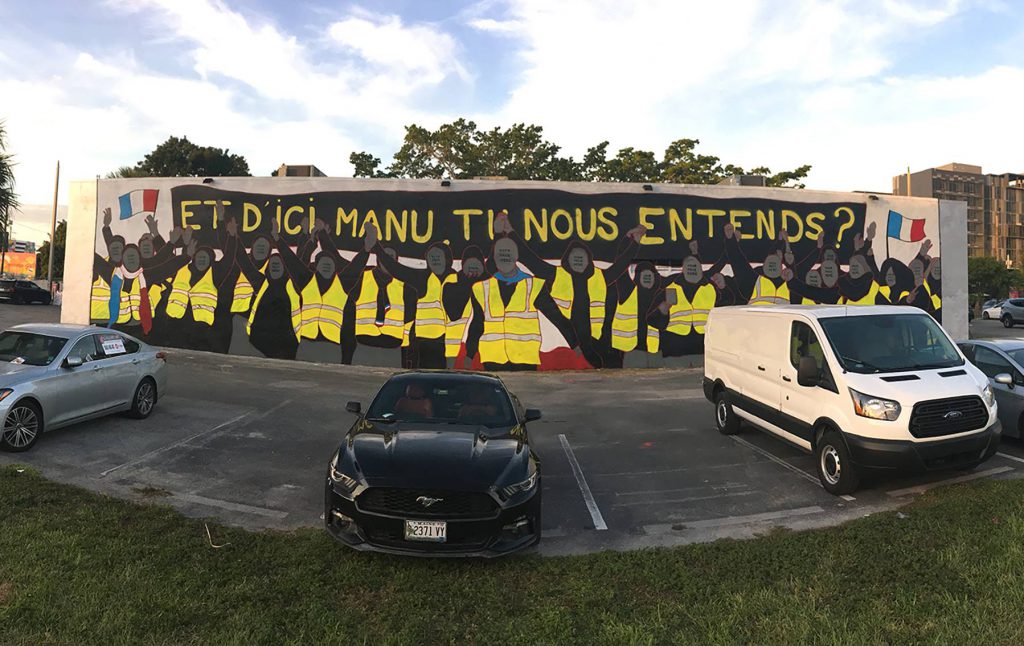 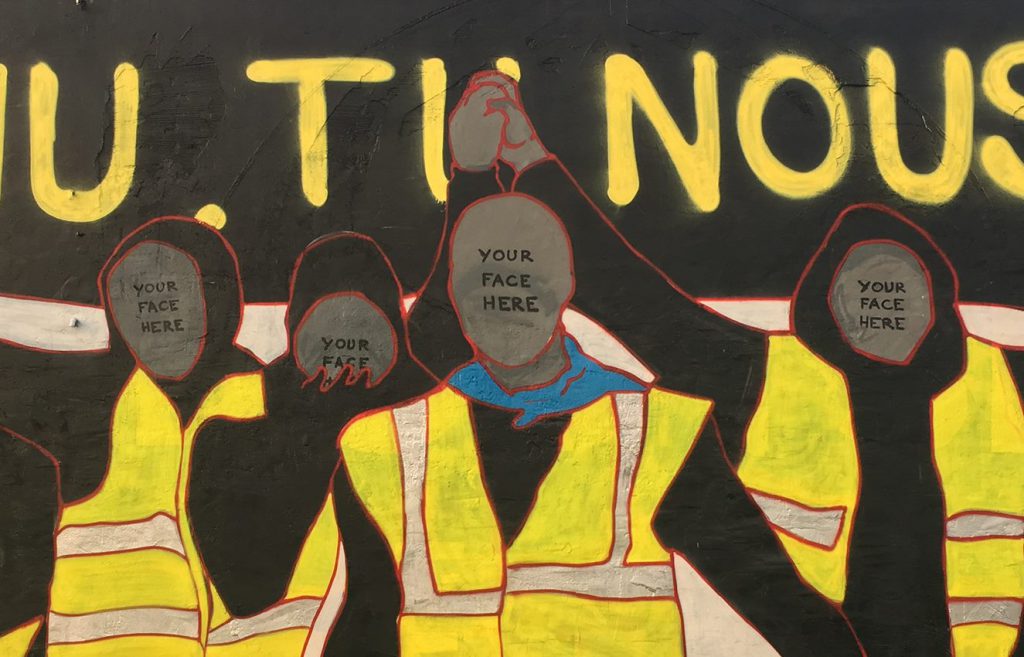 The mural was performed in 2 days, last week-end in Wynwood. I tried to organise this wall in a very short amount of time and it wouldn’t have been possible without the spontaneous help of many people including CAKE Original who sponsored the major part, as well as UP Art Studio and The RAW Project Miami.

Mural located in the parking lot of the Mana Wynwood convention center in Wynwood Miami.
318 NW 23rd St, Miami, FL 33127, USA. The parking lot is located on 22nd st side. 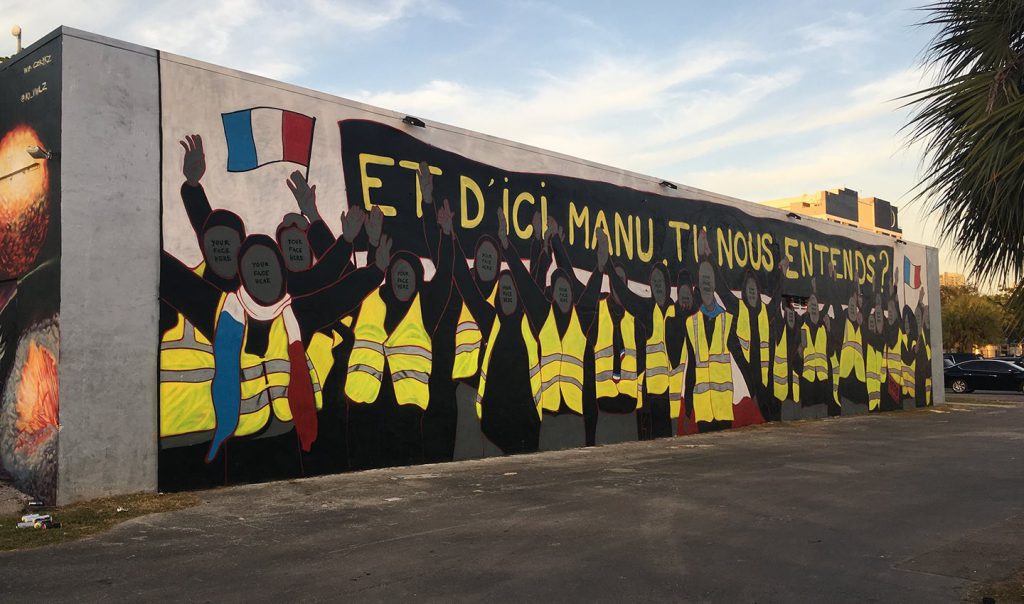 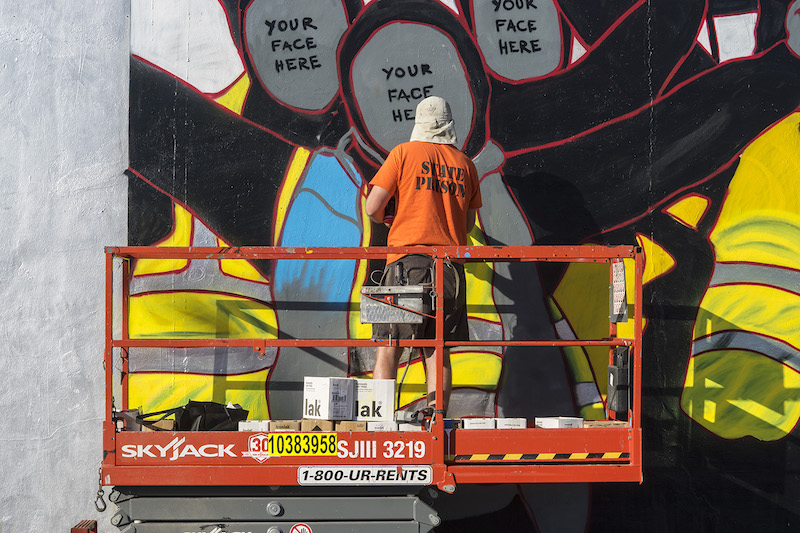 Photos by MTO and Iryna Kanishcheva