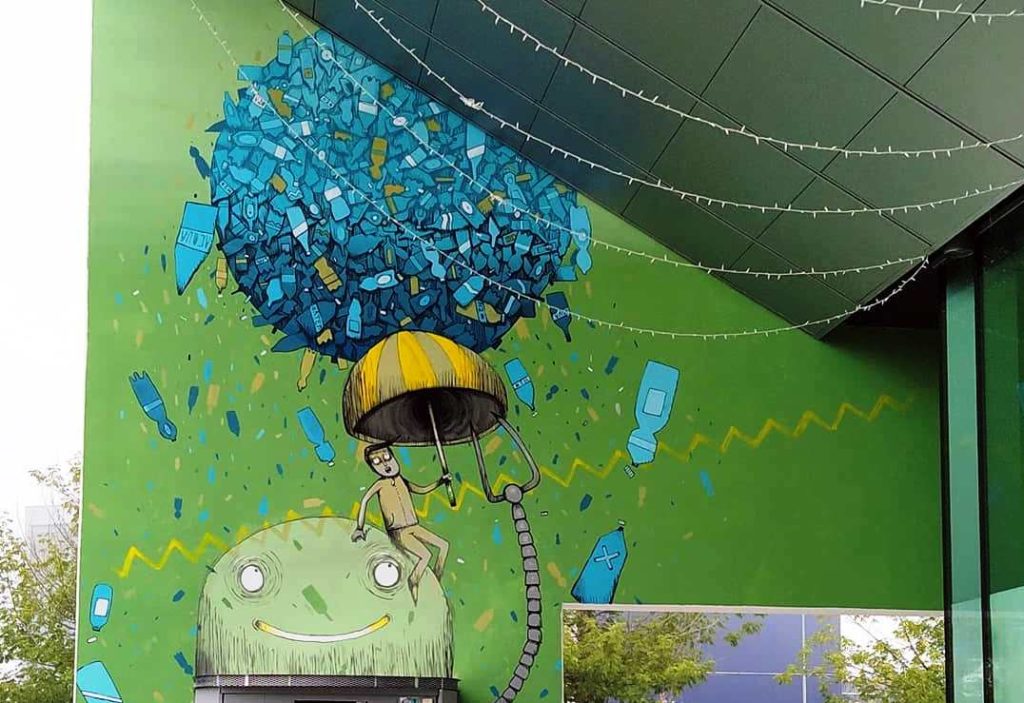 Two speeches on ecological awareness. Mrfijodor elegantly created two outdoor artworks while stressing the massive problem humanity is facing with the uncotrolable use and disposal of Pet plastic bottles. 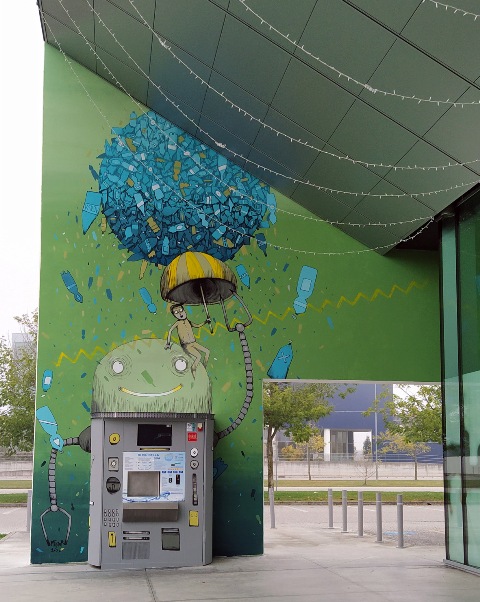 The first intervention – “Pet Rain” – was developed from the request of the North Terminal to highlight the new facility – replaced an old bottle in fiberglass – of the free drinking water dispenser outside the park commercial. In line with the ecological awareness promoted by the initiative and with the intentions that lie behind his works, Mrfijodor thus creates a piece composed of a globe flooded and overflowing with plastic bottles from which the little man – representative of anyone who identifies with this “battle” – tries to protect themselves with a supported umbrella with the help of a good robot, whose character Fijodor builds using as body the water dispenser. The robot looks at the little man smiling, as if to cheer him up and encourage him to more respectful and conscious gestures, certain that those actions can heal the world. 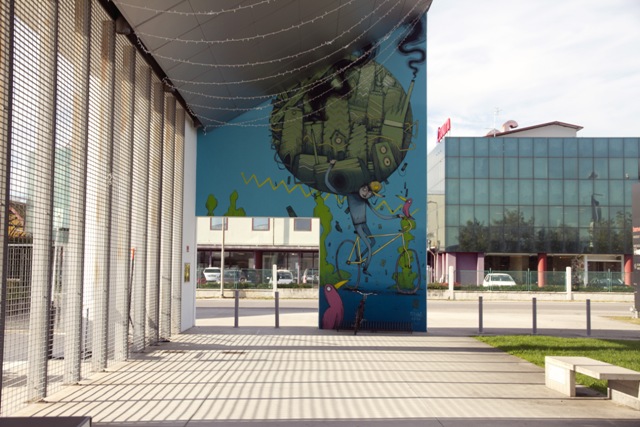 The second work – “Atlante” – is instead located on the wall opposite the structure, near the store of Decathlon, also in the commercial park complex. The globe of bottles is now a city standing on the shoulders of a cyclist, a metaphor for a modern Atlas. Like the Titan, in Greek mythology, man supports the Earth with more careful and reasoned choices – such as preferring to use the bicycle rather than the car – can support his Mother Earth in the most environmental but also economic and socio- cultural term. All this requires effort, of course, the little man is visibly tired but is also aware of a better quality of life that awaits him and that he deserves. 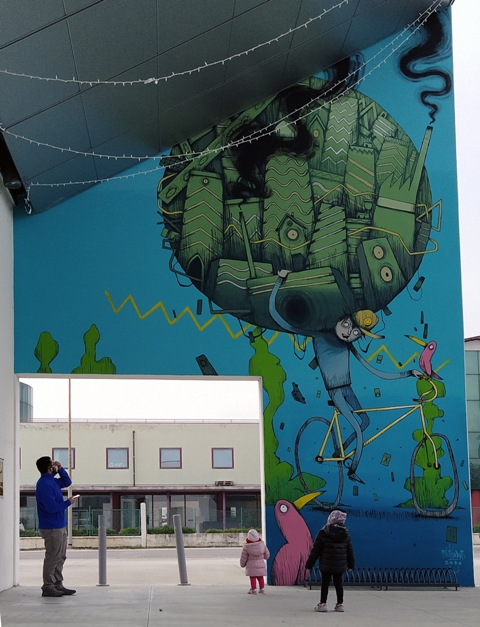 Both walls are the result of a commission from the North Terminal Commercial Park.

Mrfijodor is the pseudonym of Fijodor Benzo. He tried for years to have a tag like all writers, but in the end he was satisfied with his first name. Child with a strong creative vein, he began by making monsters with LEGO bricks and drawing on the walls of his bedroom. In recent years his production has been very varied, passing from installations to thematic murals, but also performances and graffiti, which he has been dealing with since ’94. He creates works whose subjects are usually elementary forms that carry direct and ironically responsible messages; at the base a simple reading key, to always be able to dialogue with the user. Very often, his works are marked by a social or ecological criticism, using as a weapon a childishly amazed smile and a spontaneous and direct style,