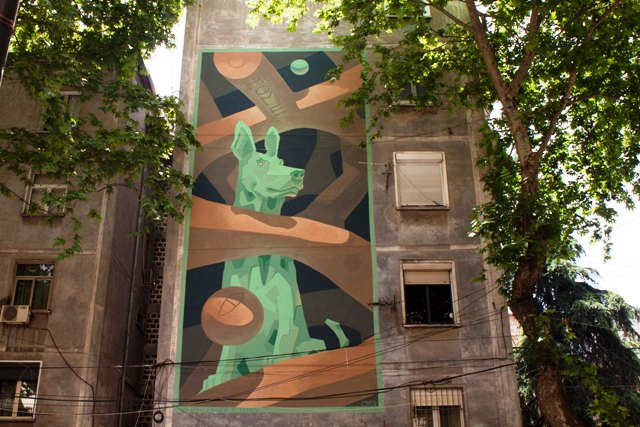 This mural was made during Mural Fest Tirana and is dedicated to the stray dogs of the city. The problem of homeless animals is very visible in Albania, on the one hand big population of dogs in the streets, on the other controlled breed puppies in pet shops for sale. 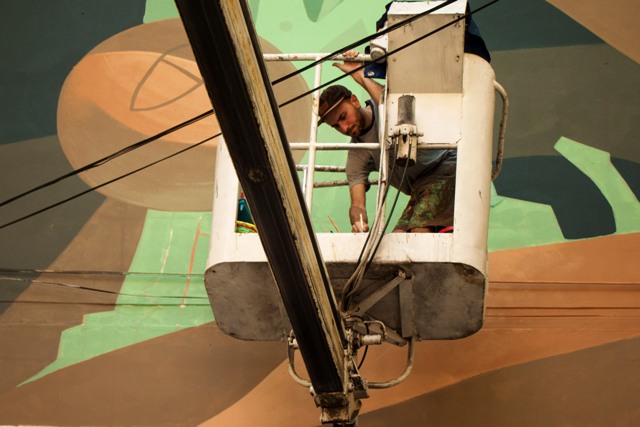 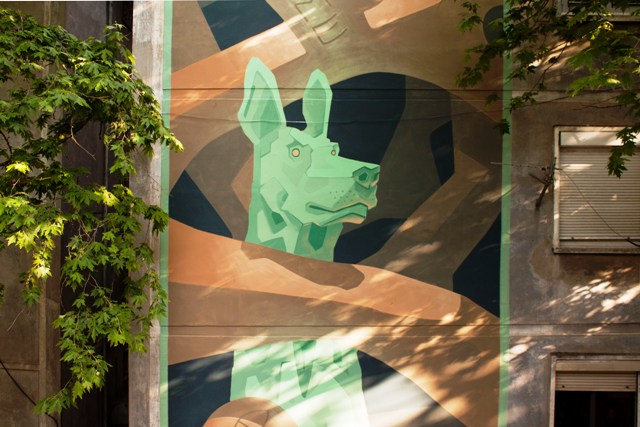 The posture of the dog for us is monumental, a bit like all the statues of the political heroes. Through it we wanted to make them more visible in urban space. Our goal was to protest against mass killing of stray dogs by the government of Albania and to bring more attention to the significance of animal adoption. 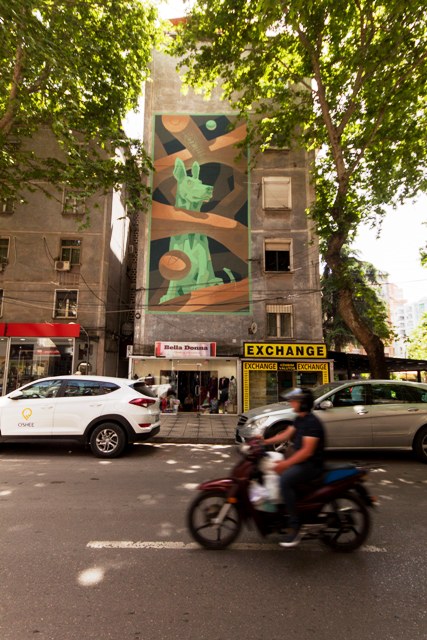 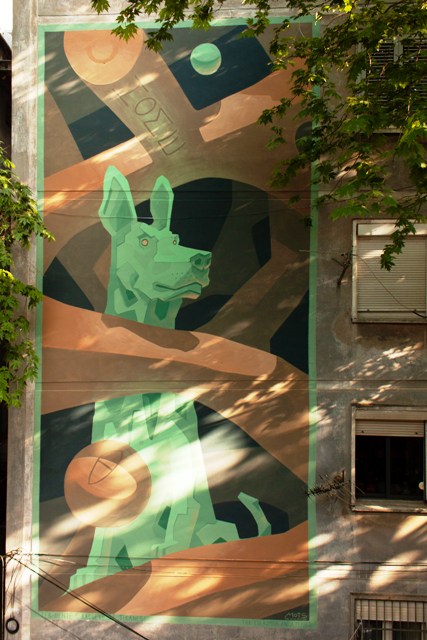 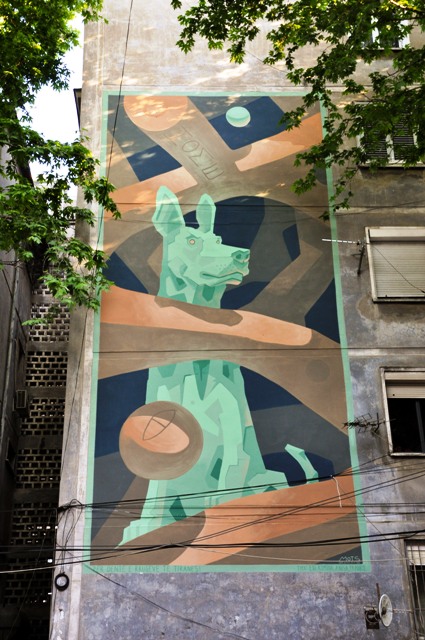 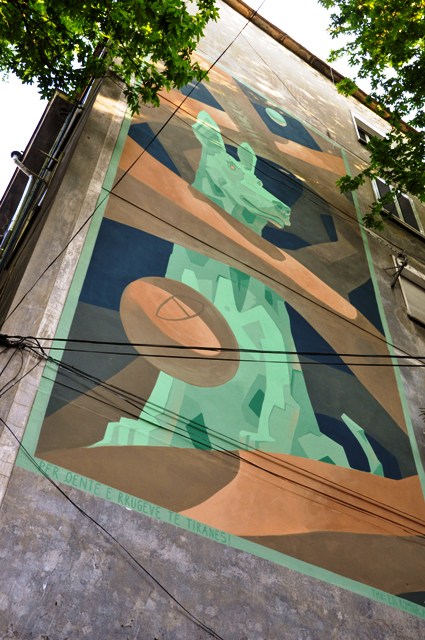 Colors we have chosen are corresponding to the place where the wall is situated. Surrounded by trees, one of the main streets of Tirana – Myslym Shyri, gave us the awesome context for the mural and it influenced the tones of colors we decided to use.

The project on social media: 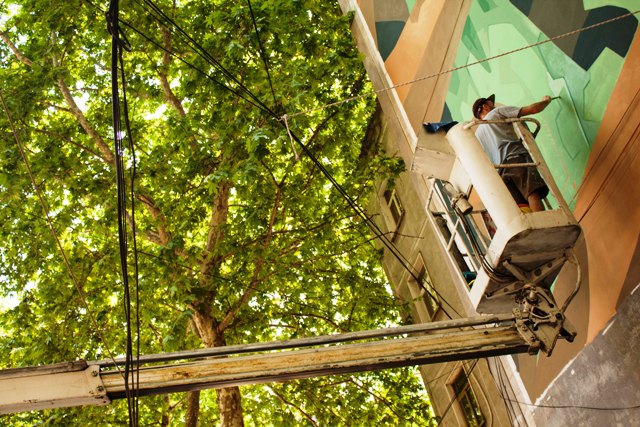 Mots is a street artist, illustrator and painter from Porto. Graffiti always had strong influence in his techniques, graphic style and the way he approaches the connection between space and art.
In his works he searches for a relation between the surroundings and the imaginative world. Through many years of collective and solo murals, he created a style of graphic synthesis of shapes deconstruction mixed with immersive geometrical forms.

Mots works aim to coexist with landscape and architecture, to respect the environment and esthetics of the place. His pieces are kind of balanced continuation of the context where the mural is done.

He is an author of dozens of murals and large-scale paintings around the world. The biggest wall done by Mots was created in 2017 in downtown Porto near the iconic Douro river, becoming part of its well known panoramic view.

As a graffiti artist he also creates digital and traditional artworks.

Since 2017 he works with Jagoda, who is responsible as well for art concepts, documentation, project coordination and assistance in creation process.