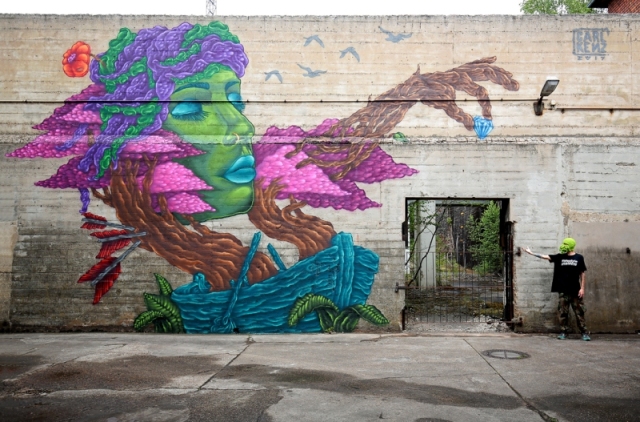 The beauty of the disintegration and the autonomy of nature becomes legible as soon as you enter the Pfaff area. The abandoned buildings of the 21 acres large area sustain, between decay and glittering finiteness, many leftover traces of use and vacancy. An industrial area, which produced Pfaff-sewing machines for more than 150 years and became world famous, has now come to a standstill.
But, as it were, the evolving floral revolution, “Mother Universe” now prevails on the wall of the former coal bunker, a mural by Carl KENZ. The observing universe, in the form of a young woman with tentacle hair, introduces a diamond that could develop. 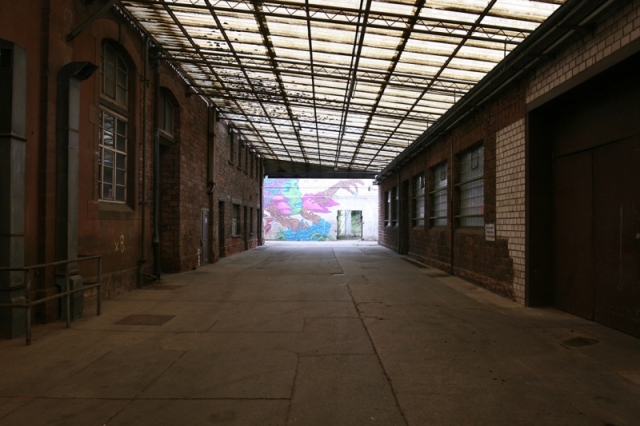 The stability of a diamond, however, only exists in nature. Because despite the threat through a parasite called Homo sapiens she grows fearless over everything, as the last survivor. Mother Universe appears as an aesthetic complement to nature liberating itself from the industrial fallow area. 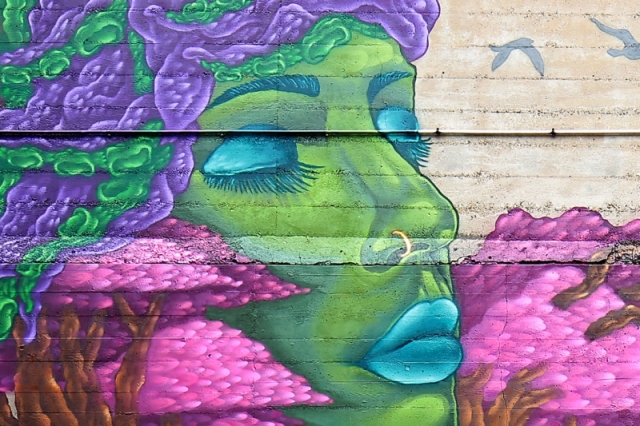 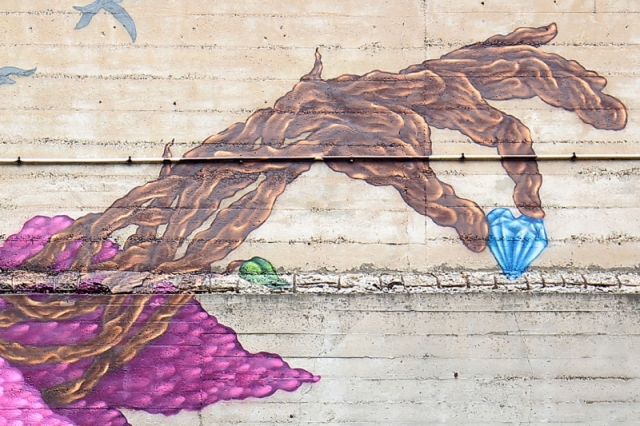 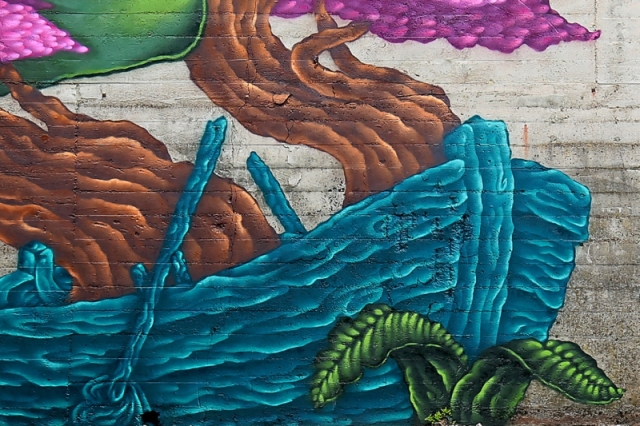 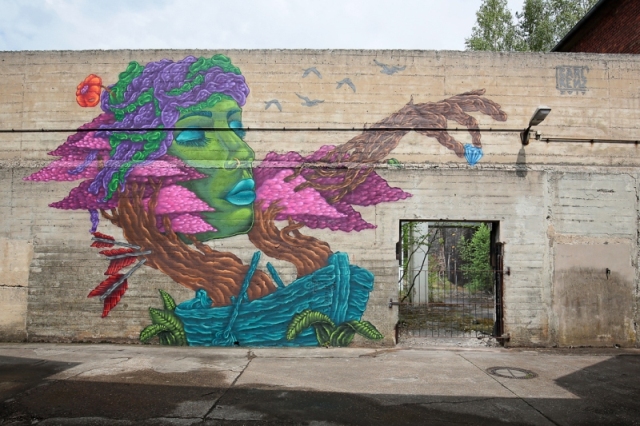