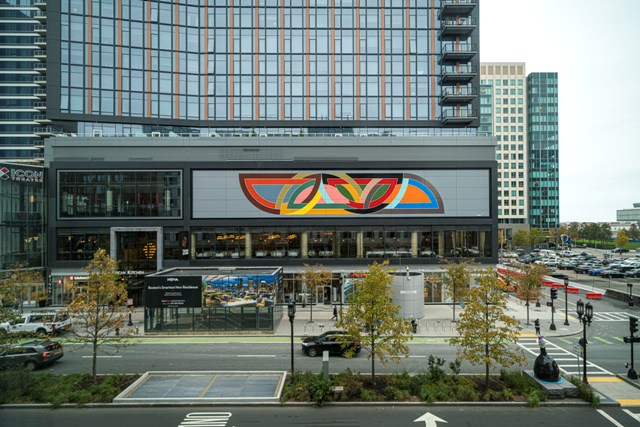 Global creative house Justkids recently delivered the production of Boston Seaport’s newest contemporary public art installation: a large-scale mural by Frank Stella, widely renowned as one of the most important American living artists.
WS Development, the primary developer behind Seaport, partnered with the Marianne Boesky Gallery and Justkids to commission Stella to create one of the largest public art installations of
his 60-year career, a mural reproduction of his seminal painting, Damascus Gate (Stretch Variation I), 1970 as a gift to the quickly growing community of Seaport and the city of Boston.
Justkids oversaw the production of this 98×18 feet mural, which is now visible on the façade of One Seaport (60 Seaport Boulevard, Boston, MA). 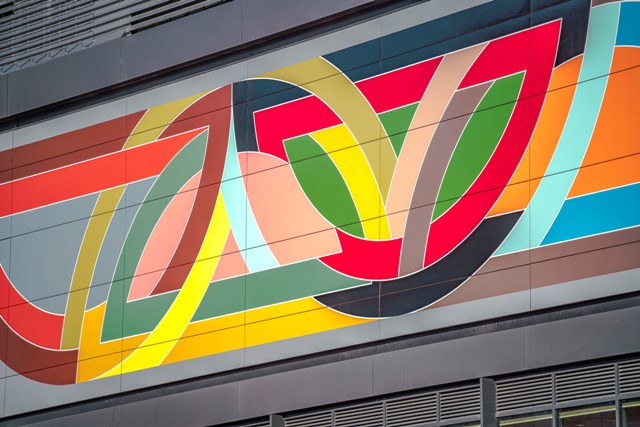 A native of Malden, Massachusetts, Frank Stella is a painter, sculptor, and printmaker celebrated for his work in the areas of minimalism and post-painterly abstraction. His vast contributions to American Art began in 1959 with his minimalist series: Black Paintings.

Damascus Gate (Stretch Variation I) originated in 1970, as part of Stella’s acclaimed Protractor series, and it combines abstract geometric compositions to create a mystifying visual experience that shifts radically when viewed from different perspectives. 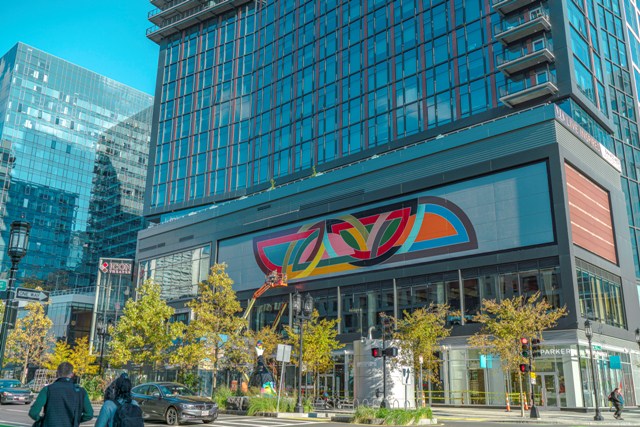 “There is no question that Frank Stella is one of the most influential artists of our time and we are honored to have worked with him to produce this iconic mural for the vast audience of Boston Seaport. It’s our third project in the neighborhood and we are thrilled to continue the collaboration and adding to Seaport eclectic public art collection“, says Justkids director and curator, Charlotte Dutoit. 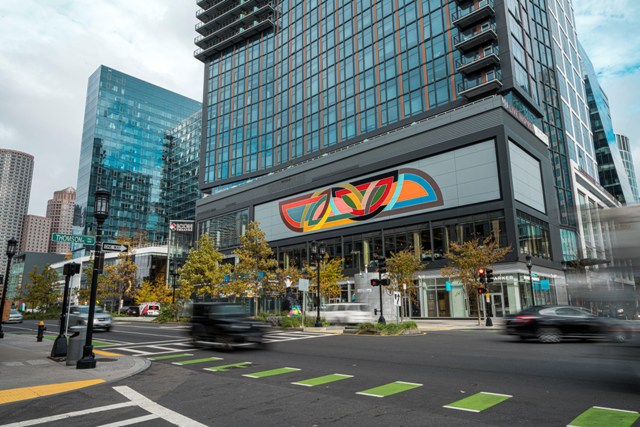 For a look into the mural production process, more information on justkids and all Justkids placemaking projects visit justkidsofficial.com 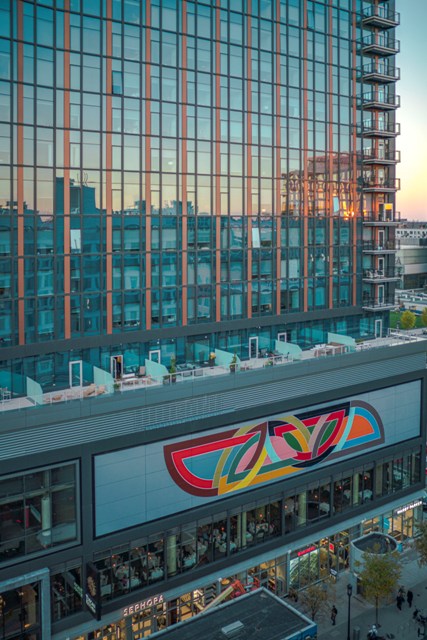