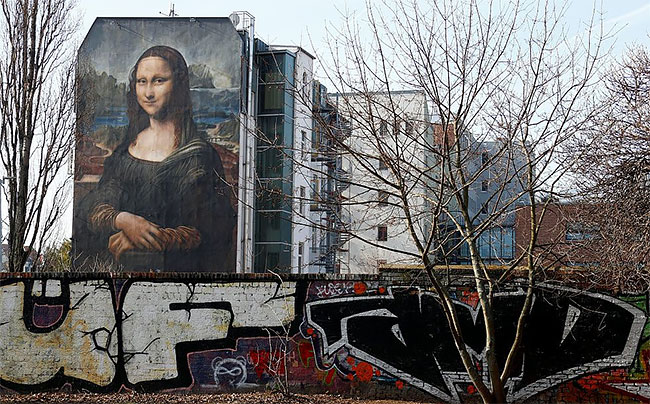 She’s the most famous woman in the history of art, and yet nobody can say for sure that they know her name. People can’t even say for certain that she’s smiling.For whatever reason, the Mona Lisa by the legendary Renaissance artist Leonardo da Vinci is considered to be the greatest work of art that the human race has ever produced. It’s a simple portrait of a woman who, as far as history knows, wasn’t even remotely important, and yet there’s something about it that people find captivating.

Such is the fame of the portrait that people are only allowed to stand in front of it for thirty seconds at the Louvre before being moved on to allow the next person in the queue to gaze upon it. It’s been copied many times, and it’s even digitally found its way into the world of casinos. You wouldn’t expect classic works of art to turn up in online slots, and yet the Mona Lisa has on several occasions. Find a good online slots website like Roseslots.com and check out the ‘Diamonds by Da Vinci’ or ‘Da Vinci Mystery’ online slots games, and you’ll see the famous painting staring straight back at you. Those aren’t the only unexpected places you’re likely to find her, though.

Perhaps because she’s such an internationally-famous work of art, the Mona Lisa has been a favorite of street artists all over the planet when it comes to finding something to ‘inspire’ them for their own work. Depending on where you live, you might even have seen one in your own neighborhood, but if you haven’t, here’s where you’ll find the most famous Mona Lisa-inspired pieces of street art in the world. 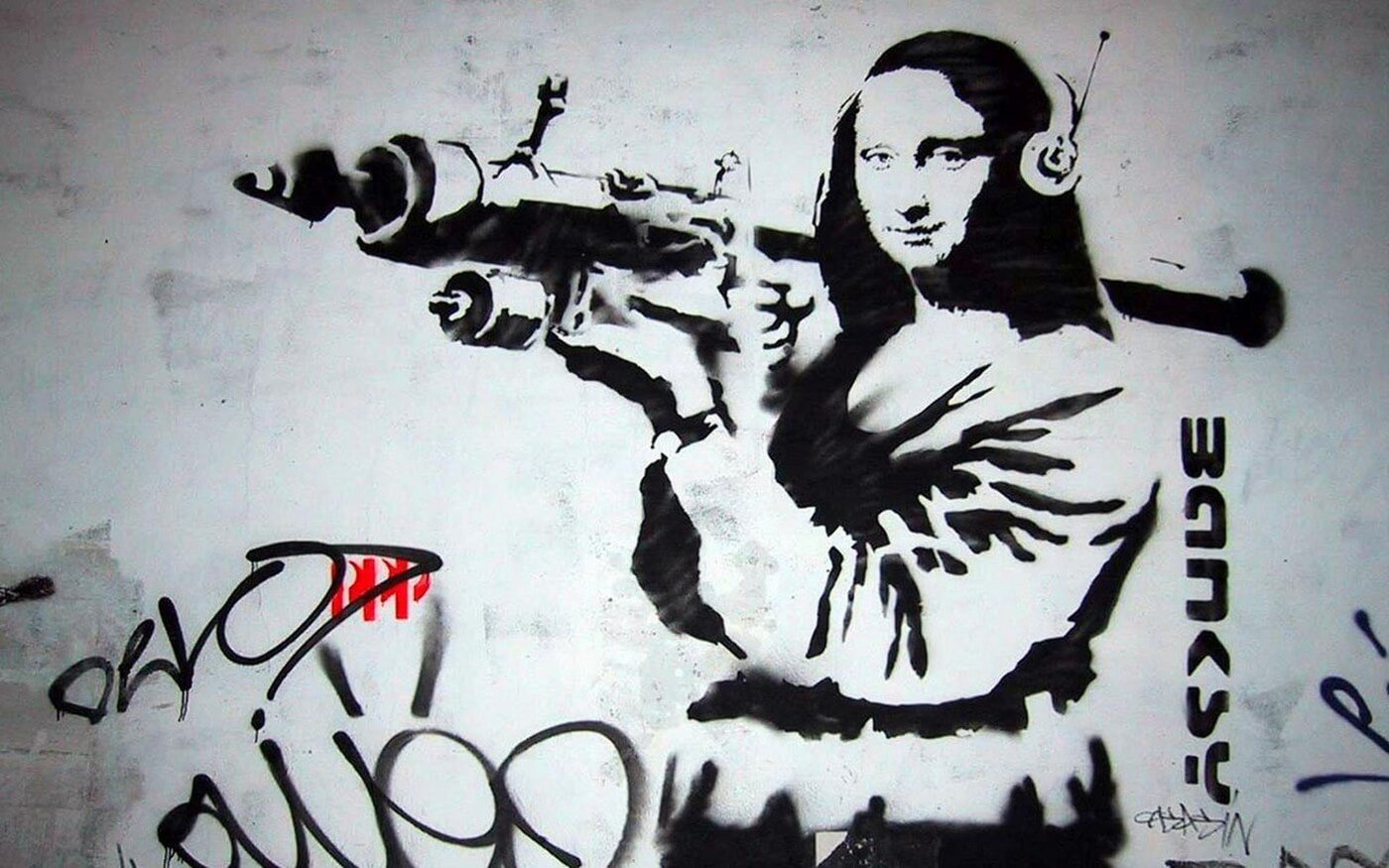 Banksy’s Mona Lisa With Bazooka
It might be a cliche to start with Banksy when we’re talking street art, but as he’s used the Mona Lisa several times in his creations, it would feel rude not to. The most famous – and poignant – of Banksy’s uses of the image is probably his ‘Mona Lisa with Rocket Launcher,’ which was stenciled onto a wall in Soho, London, in 2007. Almost everything about the image is changed apart from the model’s face and facial expression. She’s holding a devastating weapon of war on her shoulders, and she has ear protectors on, but aside from that, it’s the same model placed into a different context. It’s far from being the most detailed of Banksy’s wall murals, but it’s perhaps the most striking purely because of who it features. As for what it represents – only Banksy would know that, and as always, he’s saying nothing. 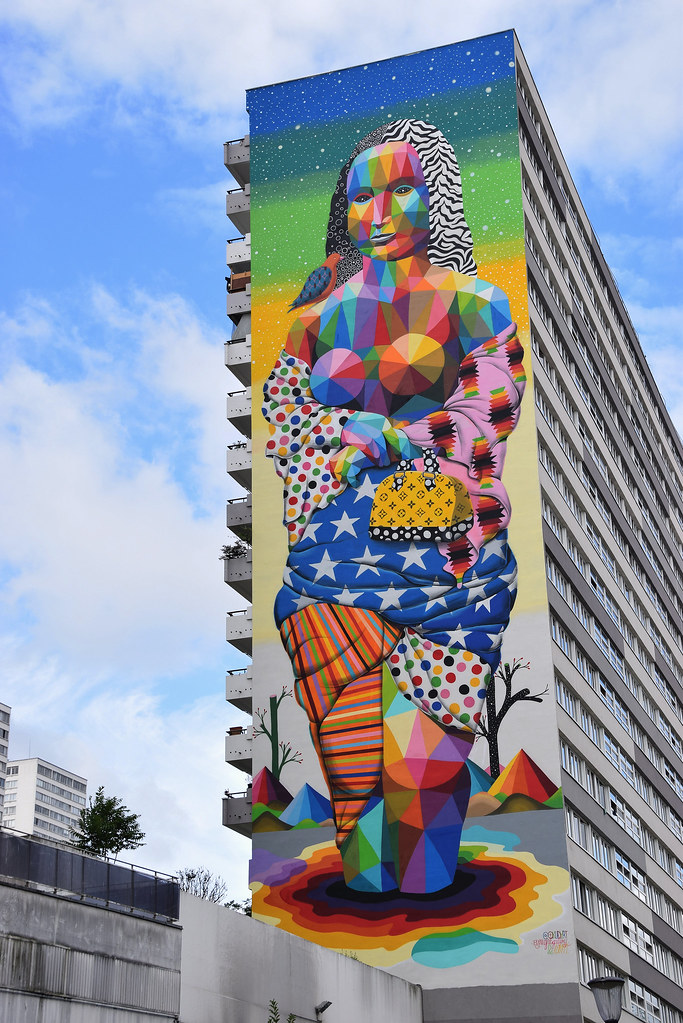 The Okuda Mona Lisa
It takes a very bold soul to spraypaint a facsimile of the Mona Lisa in Paris, France, which is the city she calls home. Fortunately for lovers of street art, Okuda is a very bold artist. Not everyone is enthralled with his style, but if you light bright colors, you’ll love Okuda. The Spaniard painted a 50-meter-high version of the painting onto the side of an apartment block in Paris, using more than 450 cans of paint to color it in using his usual psychedelic style. Okuda’s style is probably best described as a modern take on pop art, which goes some way to explaining why his Mona Lisa has zebra-striped hair and a multicolored face. There are also clear influences from cubism in his design. The most controversial aspect of the Okuda Mona Lisa is that the model appears to be topless. 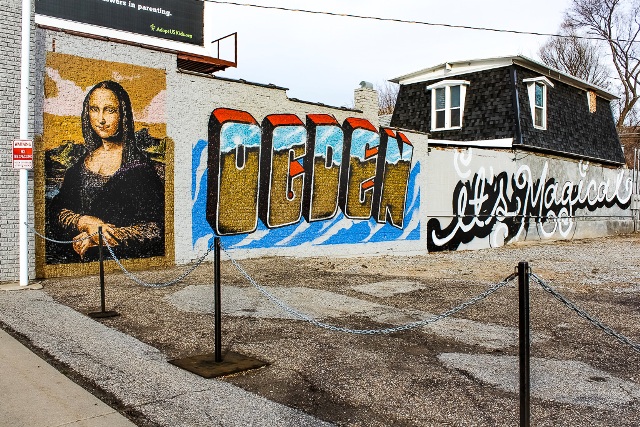 Brent Atwood of Ogden, Utah, is an experienced street artists who’s worked on hundreds of different designs over the course of his career, but he’s always felt a personal connection to the Mona Lisa and also to Leonardo da Vinci in general, which is why he’s devoted so much of his time to re-creating the artist’s works in the form of street art. He estimates that it took him approximately one hundred hours to complete his personal tribute to the Mona Lisa, which can be found on Washington Boulevard, and that he also went through around one hundred tins of paint in the process. Tragically, he’d already done it once before, but the local authorities painted over his original work in 2013! Atwood says that he once met a girl who looks exactly like the original painting, and so for him, the Mona Lisa is a love story.

The Berlin Mona Lisa (cover photo)
Whereas some artists will try to provide their own take on the Mona Lisa when they’re painting it on a wall, as we say with Banksy and with Okuda, others stay as faithful as possible to the source material. That’s the approach that was taken by Kimo von Rekowski when he performed his own tribute in the capital city of Germany earlier in 2019, and we think he has every reason to be proud of his work. The 52-foot-high mural is worthy of Da Vinci himself! Von Rekowski is a member of the Die Dixons art collective but performed all the work on the gigantic mural himself. The site of the painting is particularly poignant, as it overlooks the site of what was once the Berlin Wall. He’s done an exceptionally good job of depicting the face of the portrait’s subject. If that’s done wrong, everything else on the portrait looks wrong as a result.

These are far from being the only street-art Mona Lisas out there in the world. We could also direct you toward a questionable ‘nude’ Mona Lisa, which can be found on the streets of Seoul in Korea or an anarchist Mona Lisa with a mohawk. There could be one waiting to be discovered around the next corner you walk wound, or in the next city you visit. Which one is your favorite, and if you find one on your travels, why not take a picture of it and share it with the rest of our community? We imagine that there will always be an audience for them. We’ve all been fascinated with the Mona Lisa for more than five hundred years – we see no reason why that situation is likely to change any time soon!