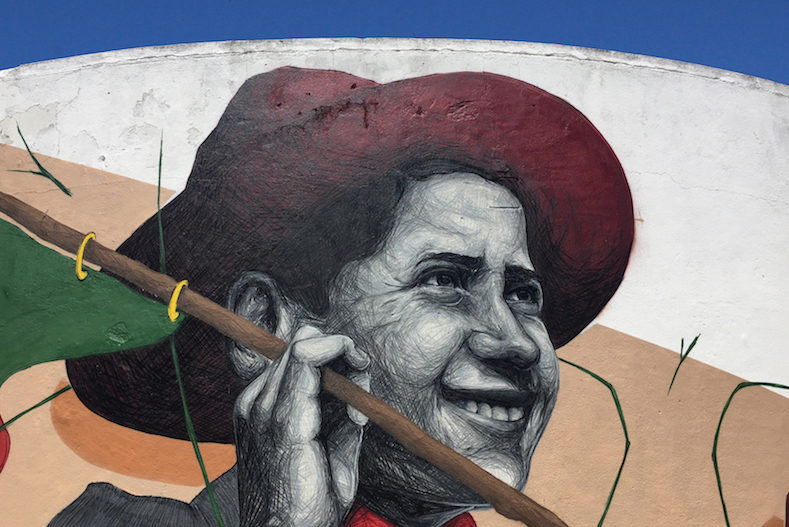 The third of the interventions is already taking shape in Beja, in the building of the House of Culture, by artist Frederico Draw. The experienced Curator Lara Seixo Rodrigues shared with us the 3rd part of the project “Conquista o Sonho”.

A project funded by the Portuguese Football Federation in order to build a spiritual motivation for the 2018 World Cup. 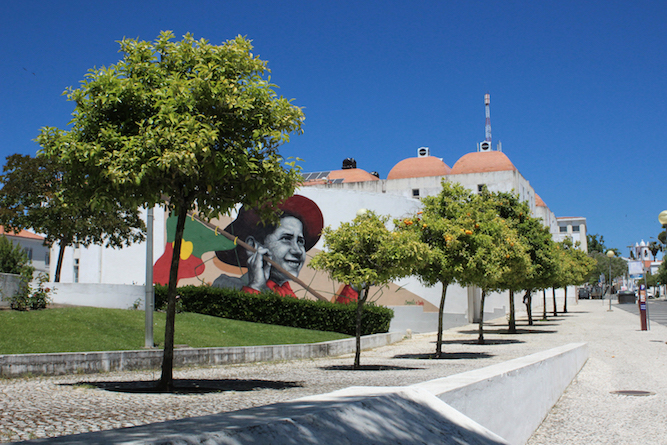 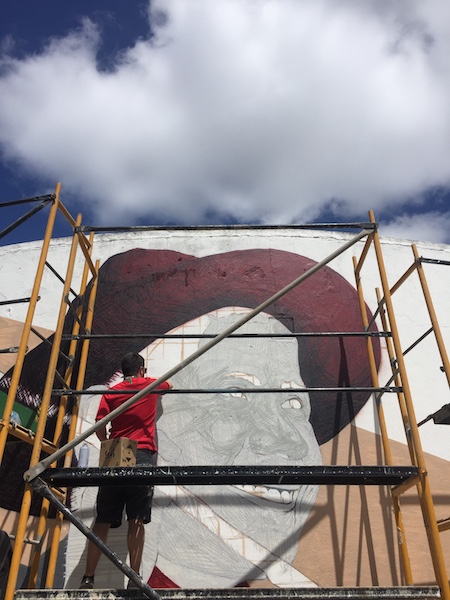 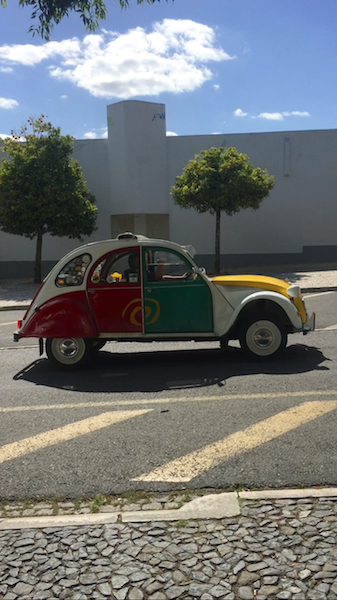 By the words of Lara:

The artist, besides integrating elements that allow us a reading of Portugal, wanted to establish a direct connection to the zone where he will intervene, the Alentejo region, through the robes. Since the intervention will be done in the House of Culture, surrounded by nurseries, it also intended to make a face of a young man, someone who is very attached to his roots, and who also maintains the stimulus and permanently pursues the dream. 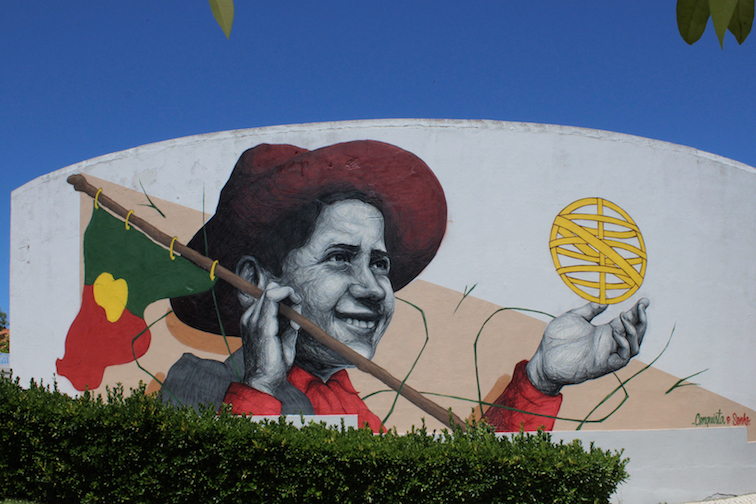 Draw also reveals: “There is the flag element and the armillary sphere which, in a dream representation, appears to float on the hand of the child. I thought that if the sphere was placed in the hand it gave the sensation of something realized / closed but, in this way, the The idea is that one seeks the dream and the conquest with well defined objectives (the eyes of the character are focused on the sphere). ” 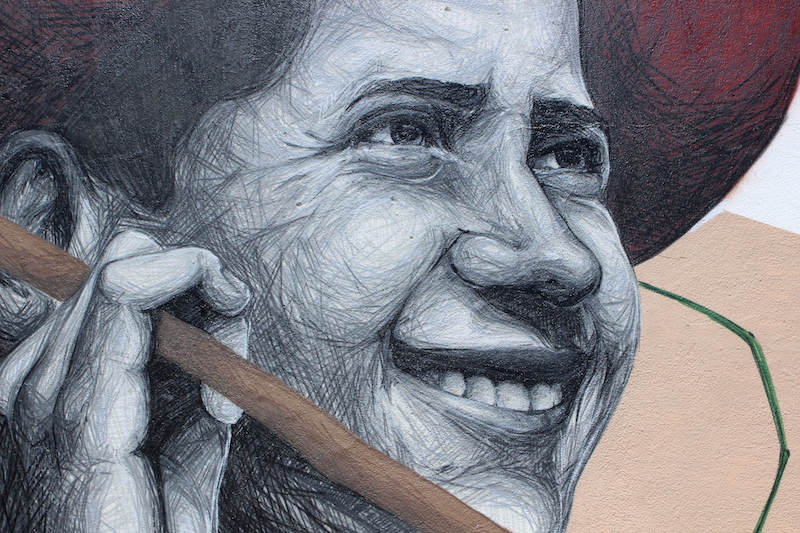 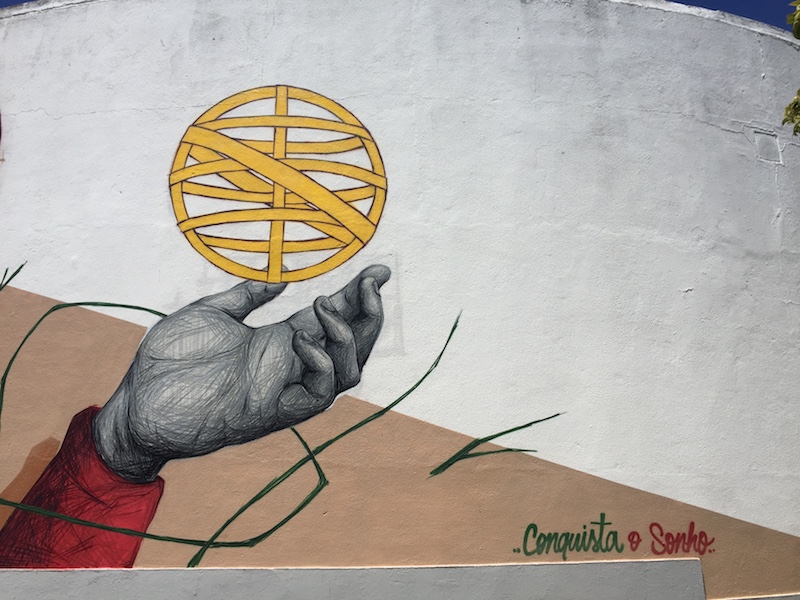 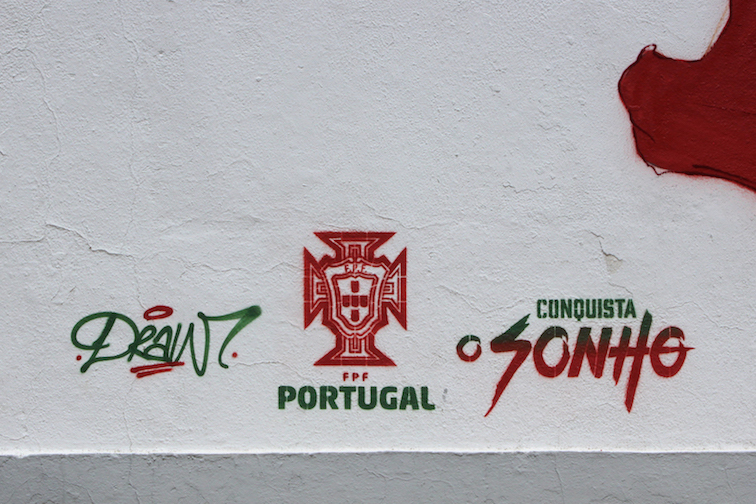 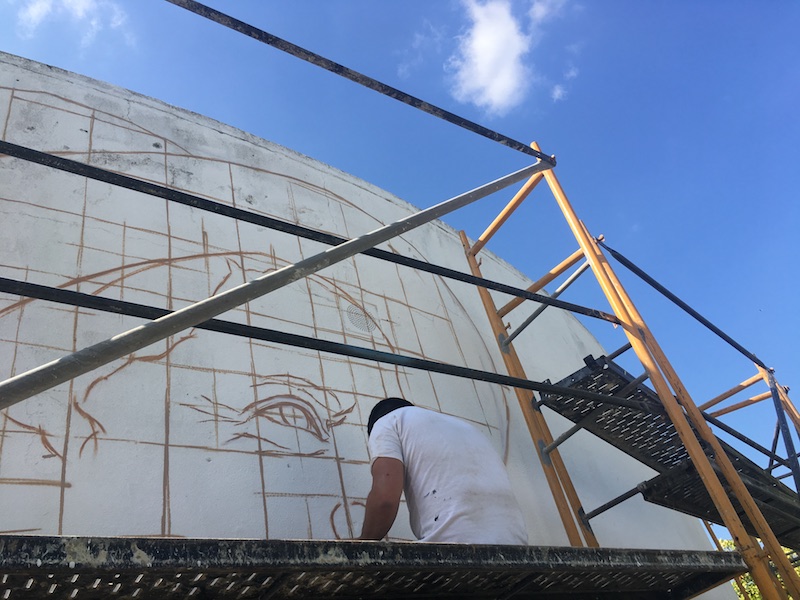 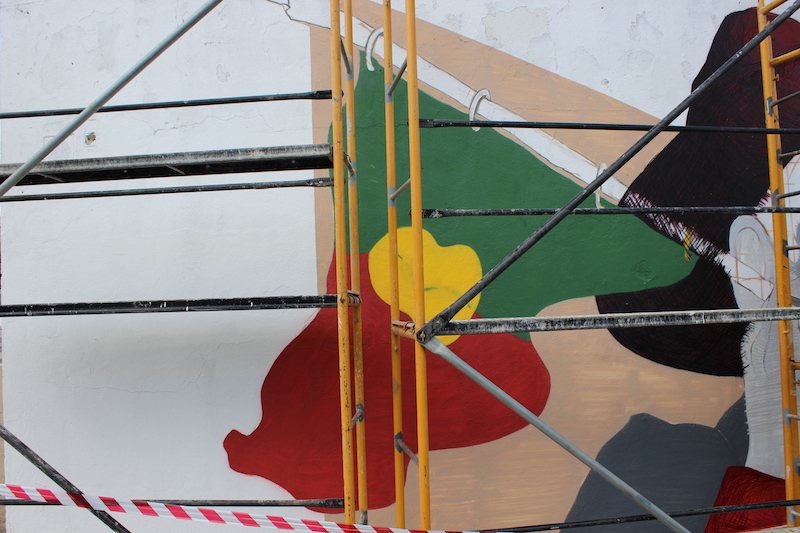 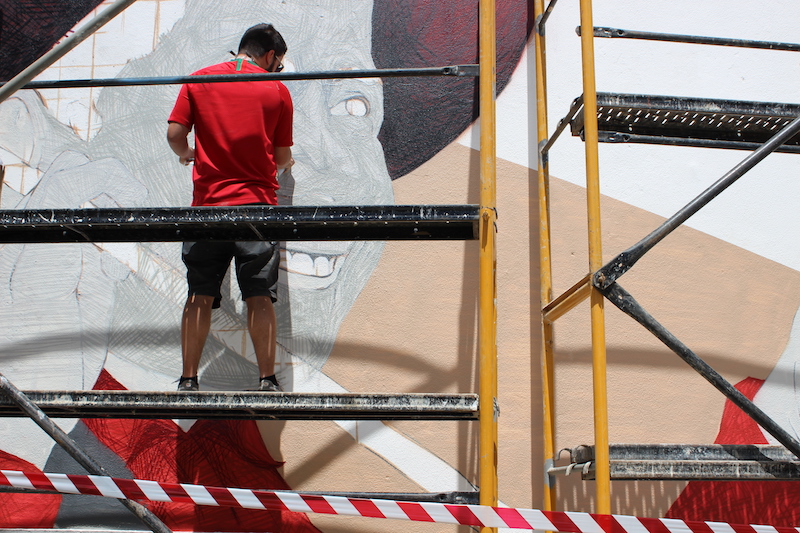 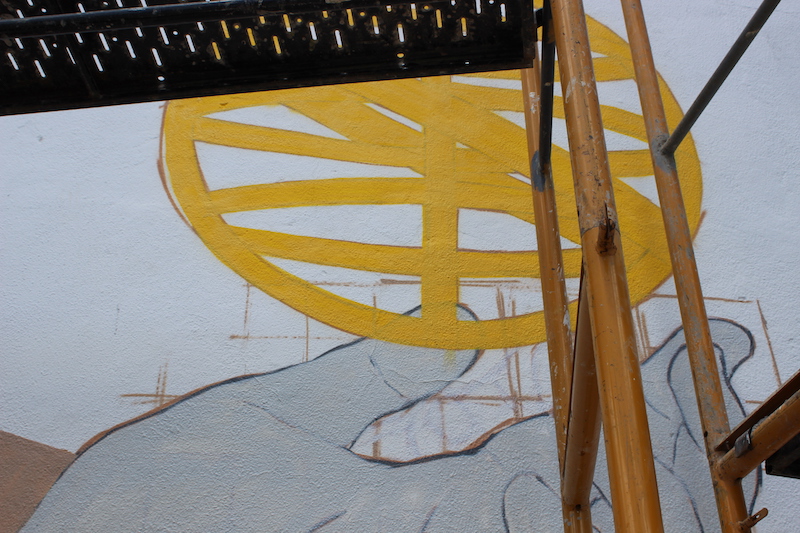 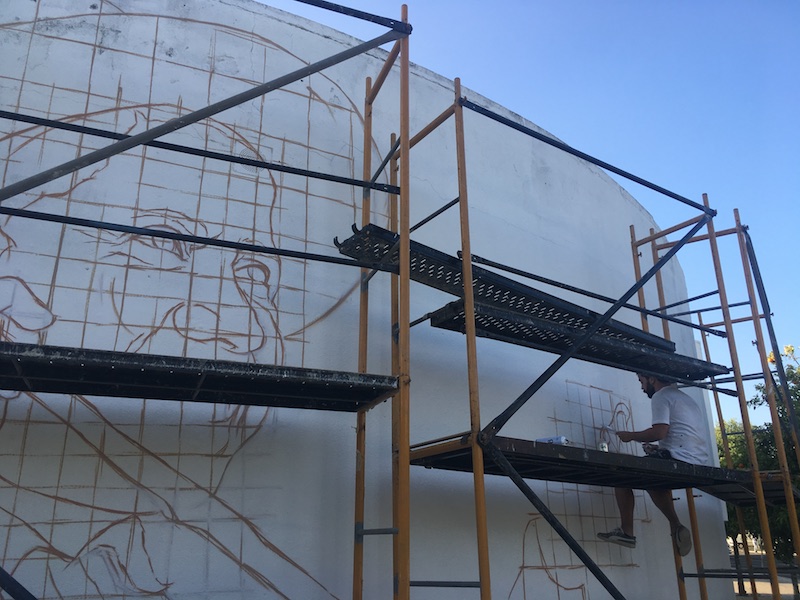