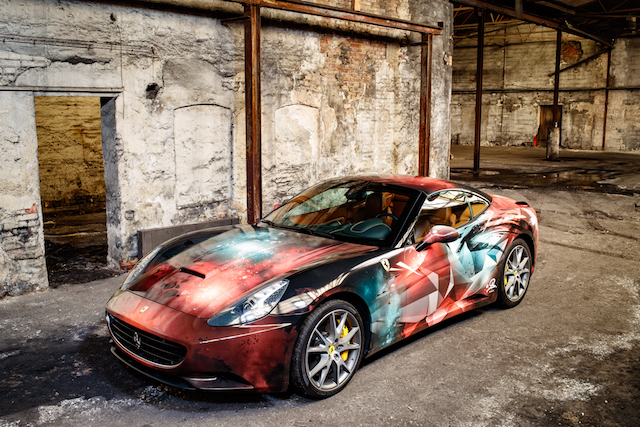 Unique art-wrapped Ferrari to take part in charity car race together with 100 other super cars. Renowned artist Mikael B has teamed up with a well-known businessman to create a unique Ferrari for the Cool Car Race charity event, which passed through Sweden, Denmark, and Germany on May 25–27 this year.

Each year, the Cool Car Race fundraising event raises money for kids who need a helping hand. This year car enthusiasts can look forward to seeing a unique Ferrari California that is wrapped in artwork designed by the Danish Los Angeles-based artist, Mikael B. About 100 businesspeople will take part in the race, which starts in Gothenburg, Sweden, and then travels through Denmark before finishing in Hamburg, Germany. 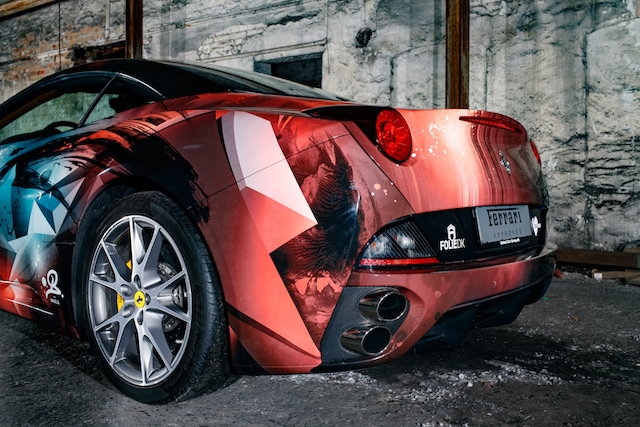 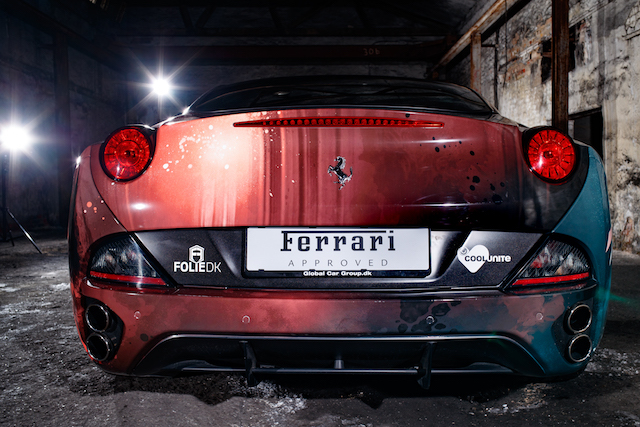 This year, the man behind the race, Marketing Director at Coolshop, Jacob Risgaard, will race a Ferrari wrapped in a unique piece of art painted by the internationally recognized artist Mikael B, who now lives in Los Angeles. The car wrap itself was donated by Jan Edelgaard and Morten Bak-Fredslund (of Folie.dk), who are European champions in car wraps. 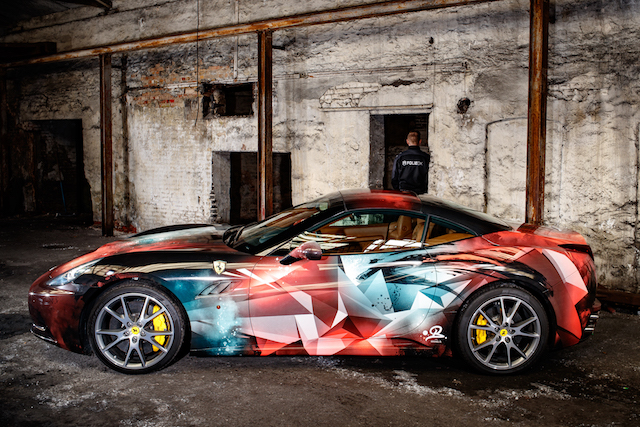 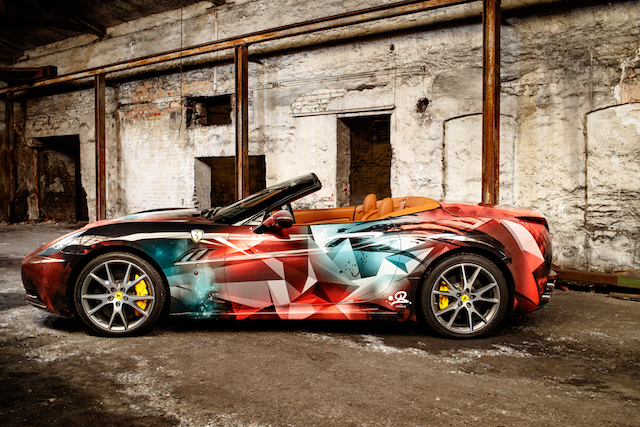 “The aim was to create one of the world’s most unique Ferraris,” said Jacob Risgaard, “and what at first seemed like a crazy and unrealizable idea has, luckily, turned into a reality. The car will help draw attention to the race, which this year aims at raising a total of more than a million Danish kroner. The funds will go directly to children who need extra support and help for one reason or another. That’s why I’m so grateful that both Folie.dk and Mikael B have agreed to contribute to this incredibly beautiful driving piece of art.”

The idea behind the very unique car decoration originated from a presentation by Jacob Risgaard, which Jan Edelgaard from Folie.dk attended a few months ago. He was inspired by Jacob’s marketing, which to a large extent is supported by the ability to draw attention without spending advertising funds. The project is completely aligned with Cool Car Race’s vision that all parties work on a volunteer basis. 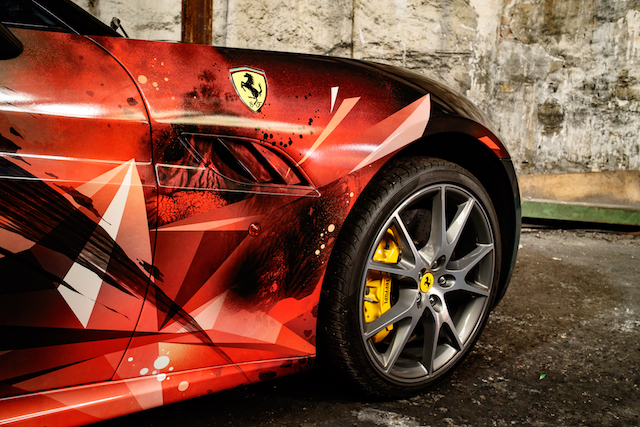 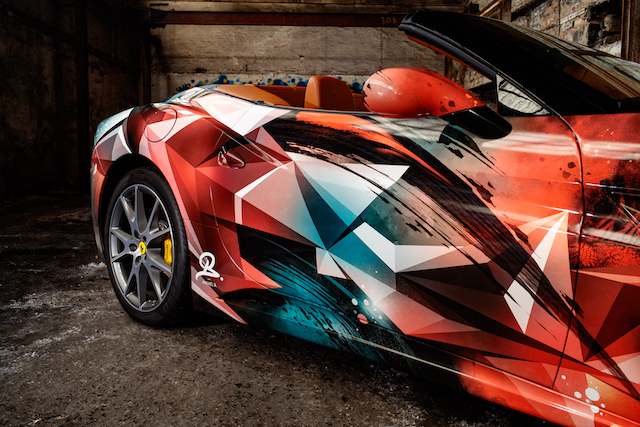 “I wanted to create a unique, never-before-seen foil wrap,” said Jan Edelgaard. “I am very impressed by Mikael B’s artwork and wrote him and shared the idea with him. He quickly got back to me and agreed to help realize the project, and we now have a car that is one of a kind in the world.”

Watching an otherwise two-dimensional piece of art unfold in 3D on the beautiful shapes of a Ferrari California has been a great experience for Mikael B as well. 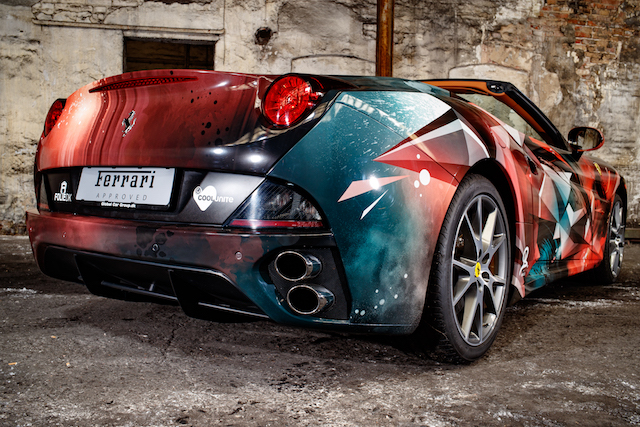 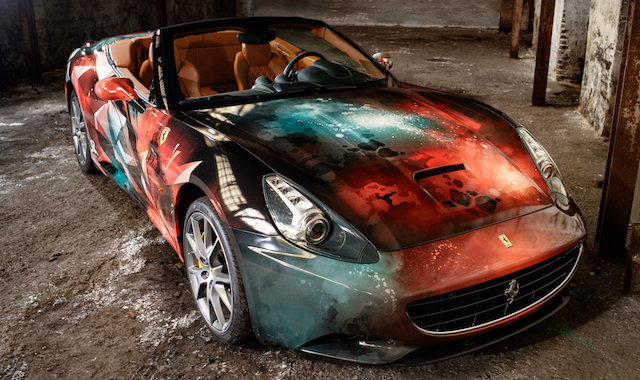 “It’s great to be able to combine my art with a purpose that I believe in and that I want to support,” said Mikael B. “I have supported similar projects in the past, so, for me, it is an honor to help raise money for charity. Additionally, I hope that my art will help ensure a larger amount of money for the kids than ever before.”

After the race, Mikael B’s design will be published as a print, with all proceeds going to the Cool Unite Foundation, so that the project will continue after the race. The hood on Jacob Risgaard’s Ferrari, with Mikael B’s personal touch and signature, will also be put up for sale during the race and will hopefully bring in a large sum for the foundation. The Cool Car Race is not about being the first to cross the finish line, but rather about the ride, the experiences, and having the right spirit. 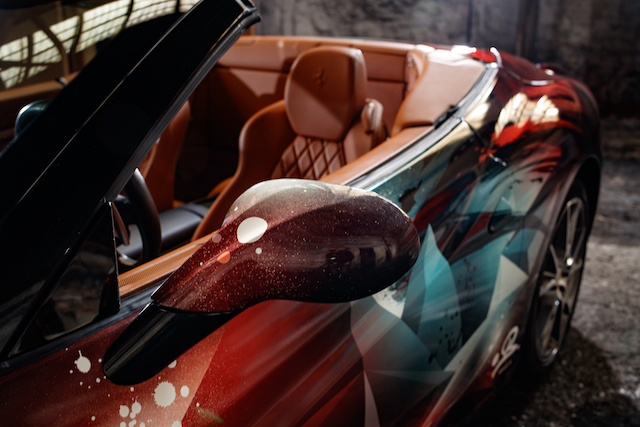 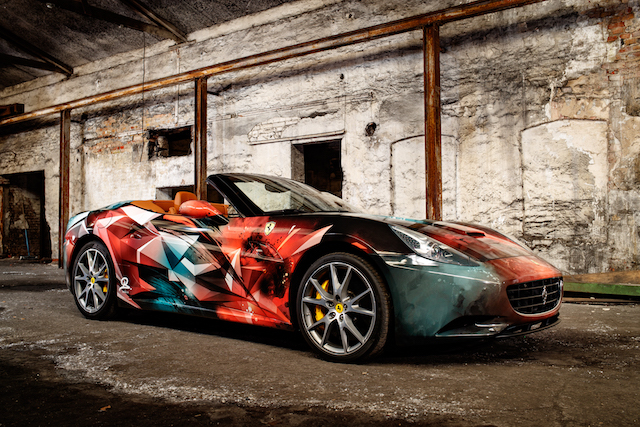 Facts about Mikael B

Mikael Brandrup (born in 1984 in Tuse Næs, Denmark) lives and works in Los Angeles. From 2008 to 2013 he founded and ran the design agency IDentity Provided. In 2013 he established Mikael B Design Inc., which prompted him to move to Los Angeles on a permanent basis in 2014. Mikael B has exhibited nationally and internationally with a focus on the American art scene, where he has created numerous murals and participated in projects for Art Basel/SCOPE in Miami. He collaborates with and has been commissioned to do projects for clients that include Google, Nike, American Express, LinkedIn, Heineken, and Stand Up To Cancer. 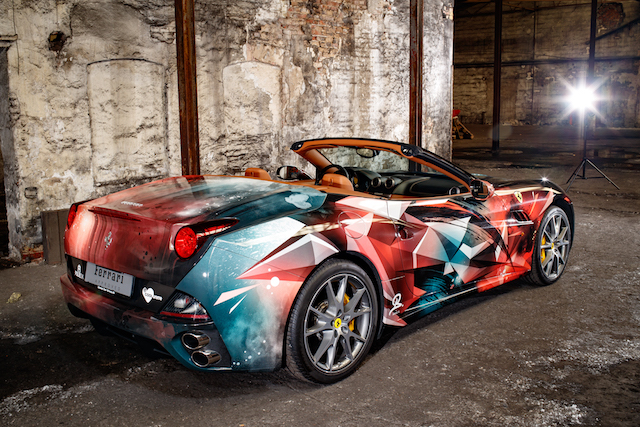 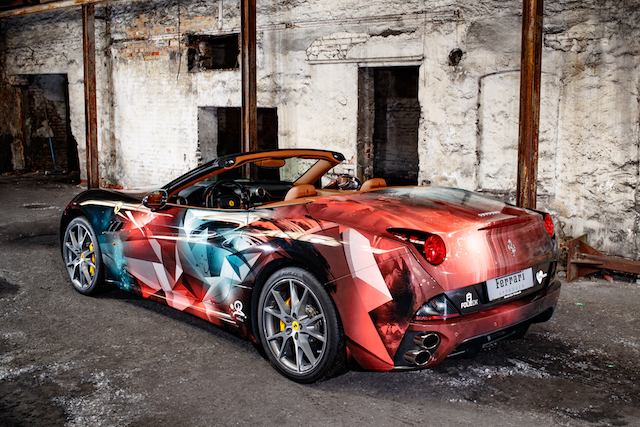