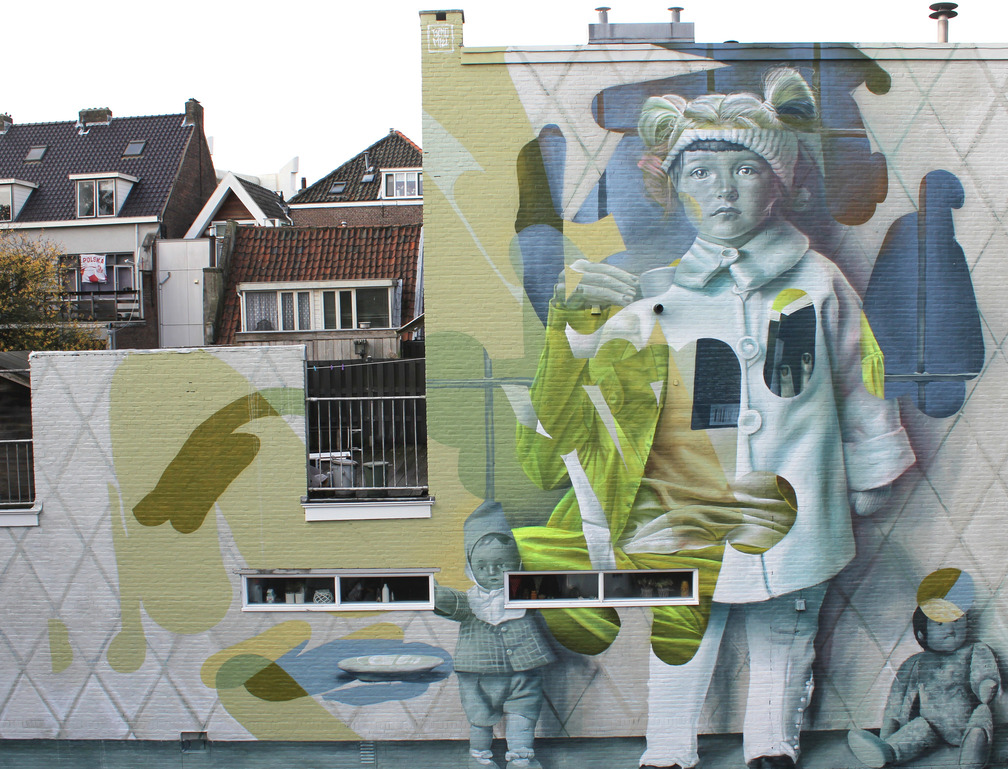 Miel and Telmo sent us their latest work in The Netherlands, in the city of Dordrecht. This big wall was made with the help of Stichting Dordrecht Street Art.

Stichting Dordrecht Street Art invited Miel and Telmo to create a big wall in Dordrecht. This wall was based on a photo from the people in Dordrecht in the 1930-1940’s. In this particular photo they saw this girl that would fit perfectly in the project they wanted to do. 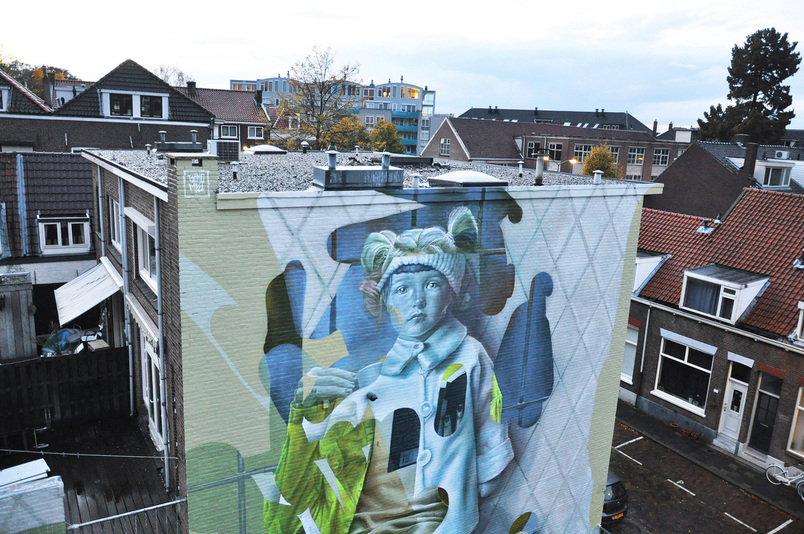 They went through the entire database they have access and arrived to a conclusion, that comparing to the photos of nowadays, in that period of time people were more serious and dressed like a “modern day horror films” instead of the happy and duck faces modern photos.

The name of the mural is ‘Not as creepy as i seem’. 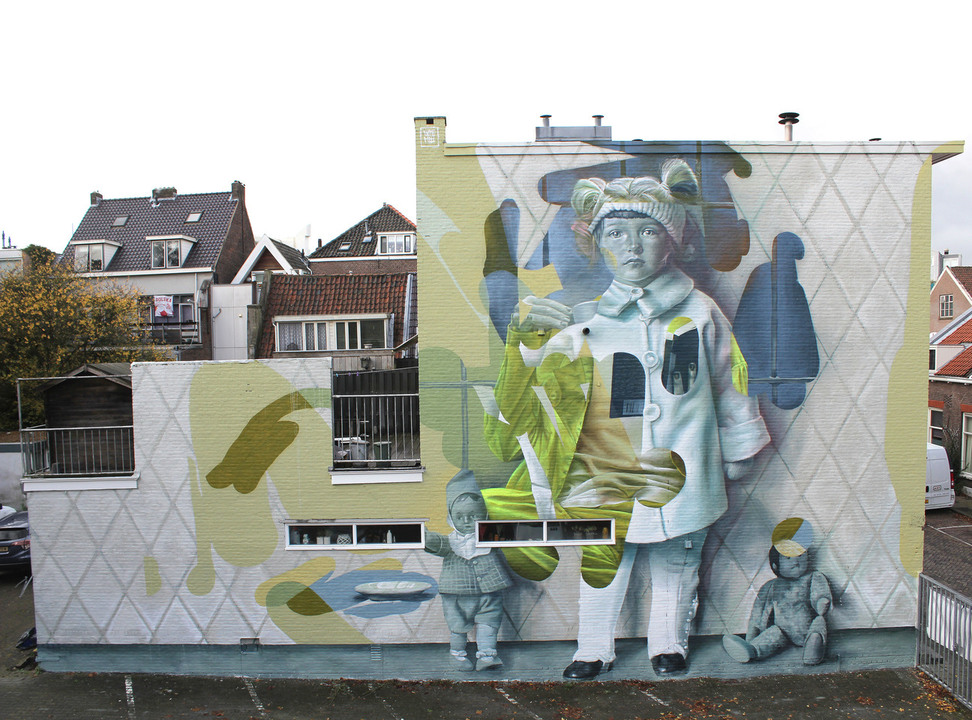