International Meeting of Styles – landed once more in Brazil bringing great names of the national and international street art and graffiti scene. It took place in the city of Rio Grande, in the southern region of RS, during November 25 and 26, 2017.

The Brazilian stage of Meeting Of Styles, also known as M.O.S, received 53 invited artists to create a collective panel, demonstrating the diversity of Graffiti and Hip Hop, reinforcing the culture of solidarity between the artists and the audience.The event was curated by graffiteiro, Lucas Stuczynski and executive production of A.M.E Produções, who have been leading the event since 2014, and the Culture Municipal Secretary of Rio Grande, and is sponsored in 2017 by Corsan and supported by the Superintendency of the Port of Rio Grande / RS. I Support Street Art was an official Media partner too.

The International Meeting of Styles has been held for more than twenty years since the fall of the Berlin Wall in Germany and since then has added more than 250 events, 600 thousand visitors and has been unfolded in an annual calendar covering more than 25 countries.
For the latest M.O.S Brazil there were two days with alot of art, which besides the grandiose artistic panel, it included presentations of DJ’s, urban dance, skateboard, battle of knowledge and freestyles. It was a great urban art festival that brought to an 80 meters long wall, a lot of color and a new life.

Enjoy some of the images we received from the event depicting the works and the mood! 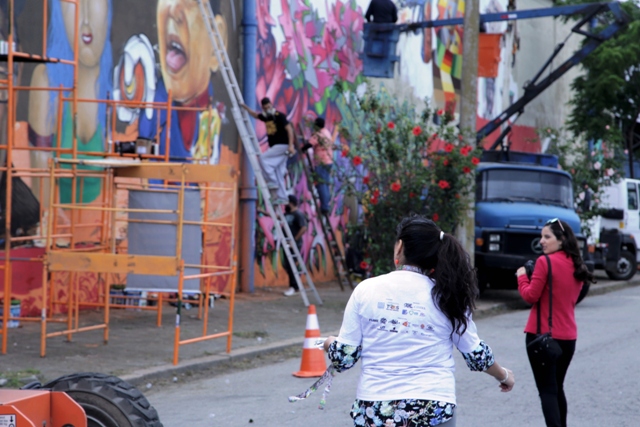 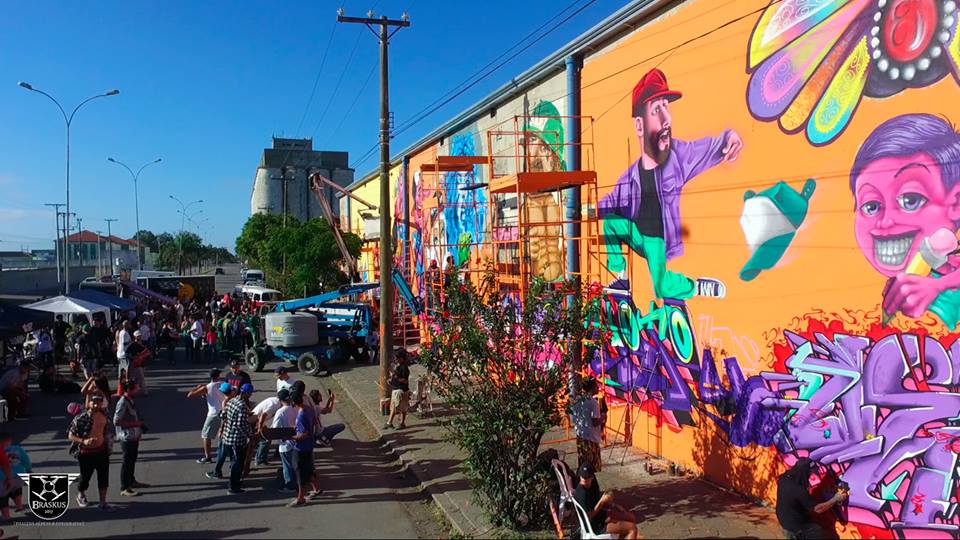 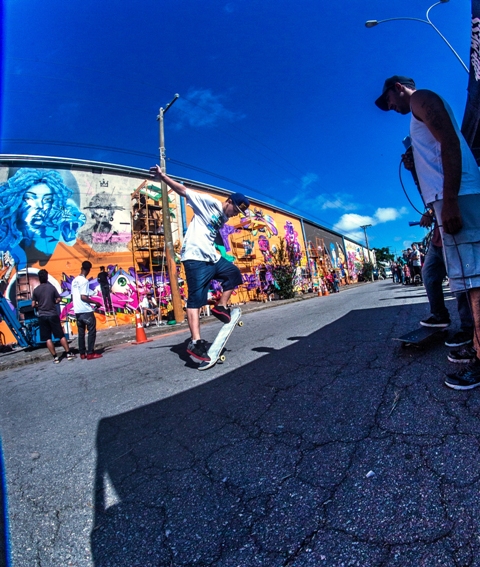 Check out the official MOS BRAZIL website and FB Page.