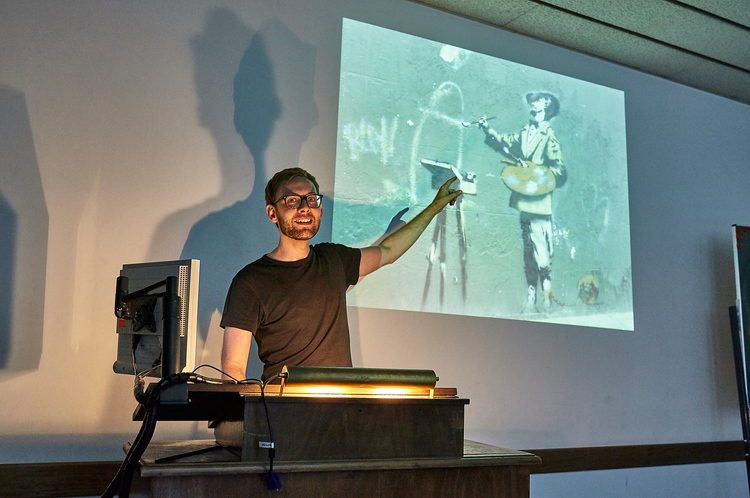 We had the opportunity to talk with Dr. Ulrich Blanché about his point of view on street art today. Not as an artist but rather as a scientist and a writer with a specialty on the works of Banksy.
– Introduce yourself to us.
I’m Dr. Ulrich Blanché, art historian at Heidelberg University. Since 2006 I do research about Street Art. I published 3 books on Banksy and Street Art. Two in German, the English one is the translation of the 2nd German one and also a new, revised and extended edition.
– What is street art for you?
Street Art consists of self-authorized signs created in the urban space that intentionally seek communication with a larger circle of people. Street Art is done in a performative and often site-specific, ephemeral, and participatory way. It is mostly viewed online. It differs from Graffiti, Urban and Public Art.
-What impact has it had in your life?
It made me think a lot anout art, activism, architecture and their relationships and changed the way I look at and walk through cities. 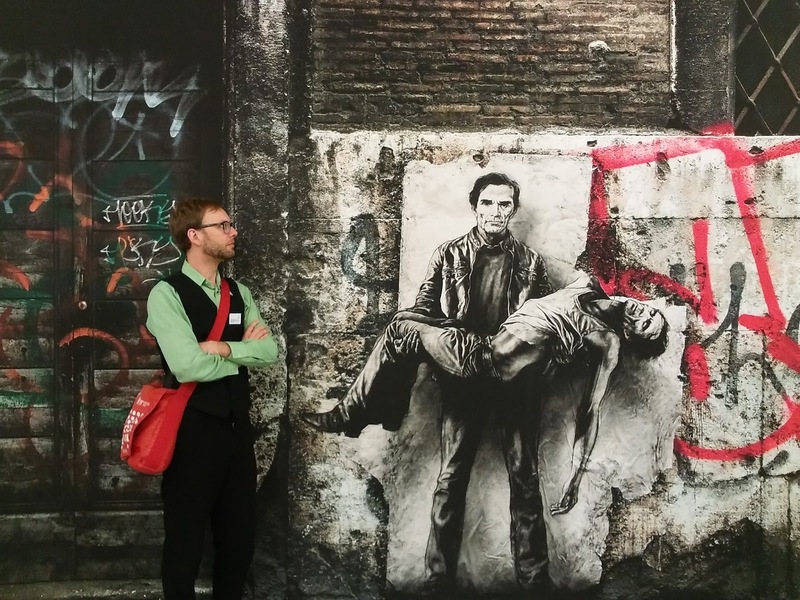 – What made you write a book about street art?
Many subjects get boring after dealing with them too long. Not Street Art. Its very chameleonic and many-sided. I see myself as a translator between Street Art and the academic world but also the a general audience. Other books on Street Art were mostly coffeetable picture books with some rather superficial texts mostly about Street Artists, not about their art.
– Which street artists do you admire most and why?
As an academic I’m not a fan. I try to find reasons why some Street Art might be better than other. Actually most works labelled as Street Art are repetitive and kitschy. The better works by Banksy still set the standard for most others. Brad Downey makes me think and laugh. If a work could be anywhere it is often not good. I prefer smaller, illegal works to murals. 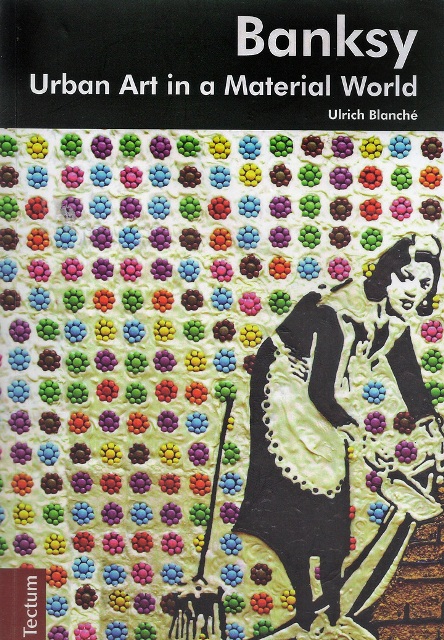 – Street art in the last few years has had a big impact on society, a lot of artists being in the spotlight and trying to make a carrier out of it. What do you think about this evolution?
According to my definition is Street Art illegal (self-authorized), at least in the western world. So Street Artists can advertise illegally for their gallery works, which I call Urban Art or for designing sneakers etc. I think people should be able to live of their art without compromising. Not everyone can be a monk like Blu. To decorate big ugly walls for money with faces of girls, animals, decorative patterns, babies or portraits is better than letting them be grey. I just flipped through your list of “Best Street Art of 2016”: 17 girls (-faces), 16 animals, 10 decorative patterns, 7 variations on art history, 8 portraits, 7 “political” works, 6 children/babies, a handful others.
– Which cities do you think have the biggest activity and influence in the global street art scene?
I think most Street Art is international, you see the same people in different cities.
– What are you working on nowadays?
On monkeys and on early Banksy exhibitions. 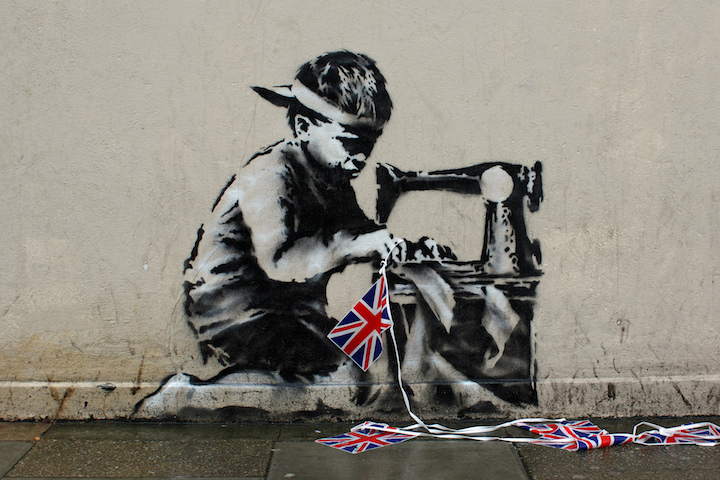 – What is the biggest challenge when writing a book?
Not to get disturbed.
– Do you remember any occasion in which something went horribly wrong?
I did not know ACAB for a long time, I thought its a crew. Shame on me.
– Do you have a wild project that you dream of achieving some day?
I would like to write a book about the concept of “public” and “private” and how it changed through time. The old Romans did not have a word for Graffiti, although it existed it was not forbidden. 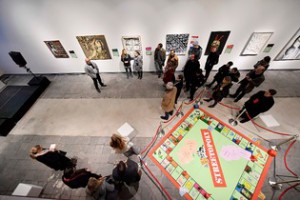 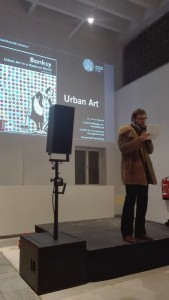 – What are your plans for the future?
Become a professor or a content person.
-Is there a specific thought or message you would like to pass to our audience out there?
As soon as it is out on the Street, an artwork does belong to the people, it is not owned by the artist any more. I don’t believe in property.
Street Artists who can create splendid works often talk and write just shit. To know many famous Street Artists does not make an insider a specialist for Street Art. Maybe those people are specialists for Street Artists, not for Street Art. I deliberately tried to stay away from artists and the Street Art world.
I think it is elitist and arrogant, that just people who are Street Artists or Graffiti Writers are allowed to talk about works on the streets, you talk about politics and war without being a politician or a soldier.
Thank you Dr. Ulrich Banché!
‘’I Support Street Art’’ team.
Check out his blog: http://uliblanchet.blogspot.de/