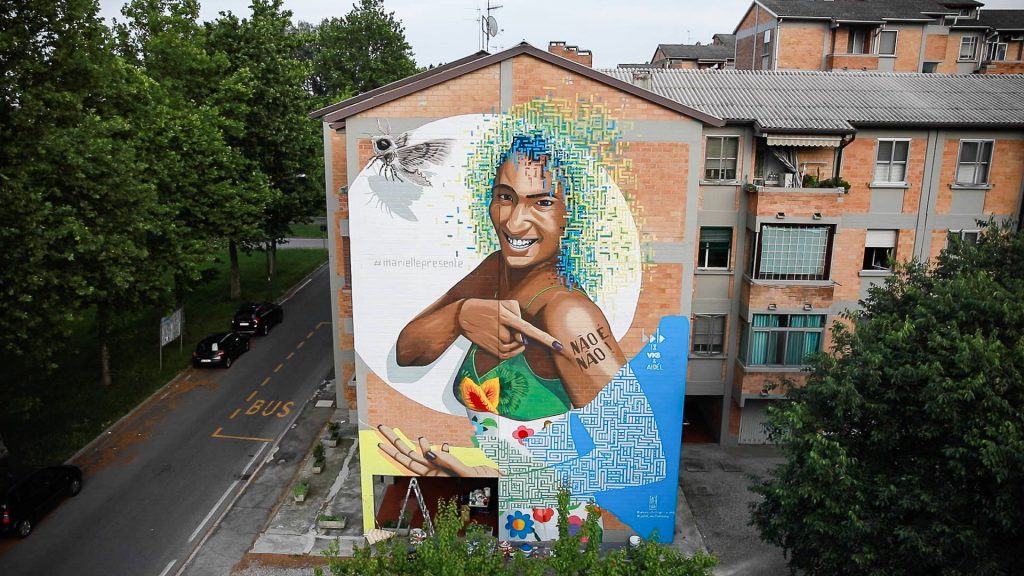 She used to be described as a creature made of light. Marielle Franco, the Brazilian politician and human rights activist was brutally murdered on March 14, 2018. A woman who fought daily for the rights of the weakest, to seek the light even where the deepest darkness reigns – because there is always away to get out. This is symbolized by the moth that takes flight from her hand in the mural proposed and strongly desired by the social video production company Aidél Sentieri Multimediali, designed and painted by Alessio “Bolo” Bolognesi, of the street art collective Vida Krei. 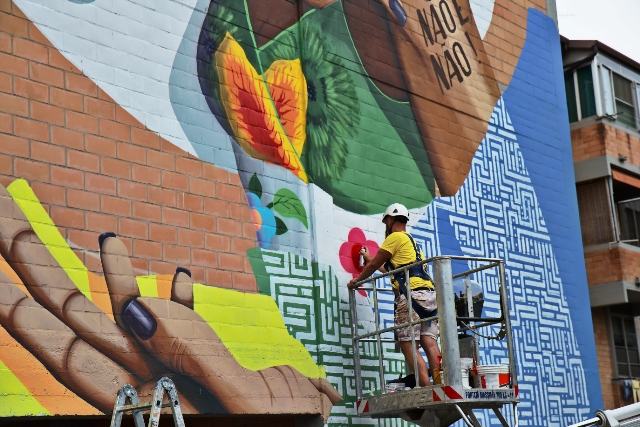 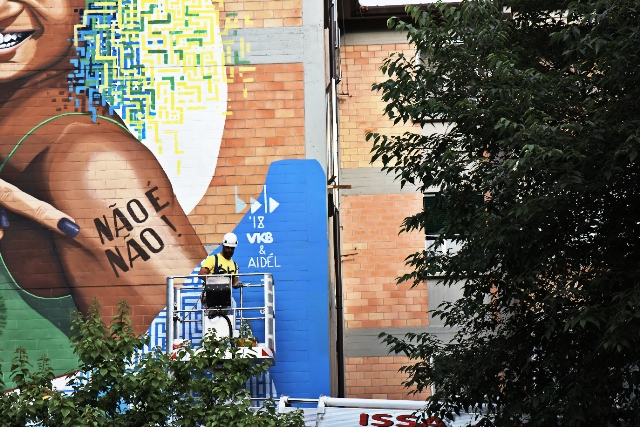 A creative act whose main objective is to awaken consciences on the struggle for human rights, a topic that concerns every one of us, every day, in every part of the world. But it also wants to launch a small signal from a peripheral suburb and its city, Ferrara (Italy), involving people in first person and aiming for that deep sense of community from which life in front of computers dealing with social networks often takes us away. 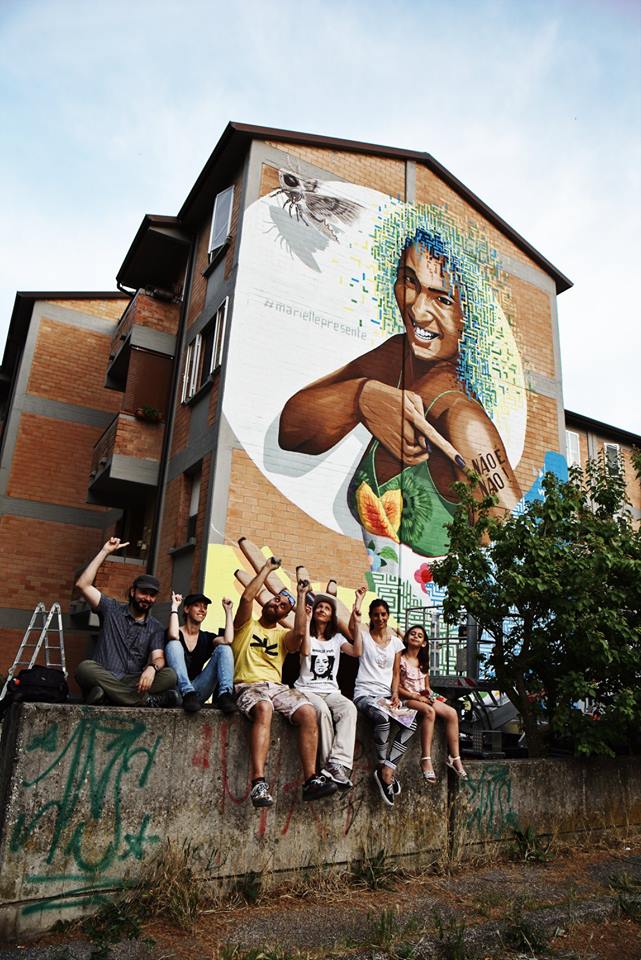 For this reason Bolo has decided, together with Aidél, not to use one of Marielle’s institutional images for the realization of this work, rather a snapshot of lived life, in which we see the most spontaneous smile and her glance at friends and to their loved ones, trying to bring the same smile and the same light to those who are watching the mural. Also supported by the local branch of Amnesty International, the work has a size of about 12x7m and was painted in 5 days. Its realization has been documented with photographs and videos daily by the Aidél team.